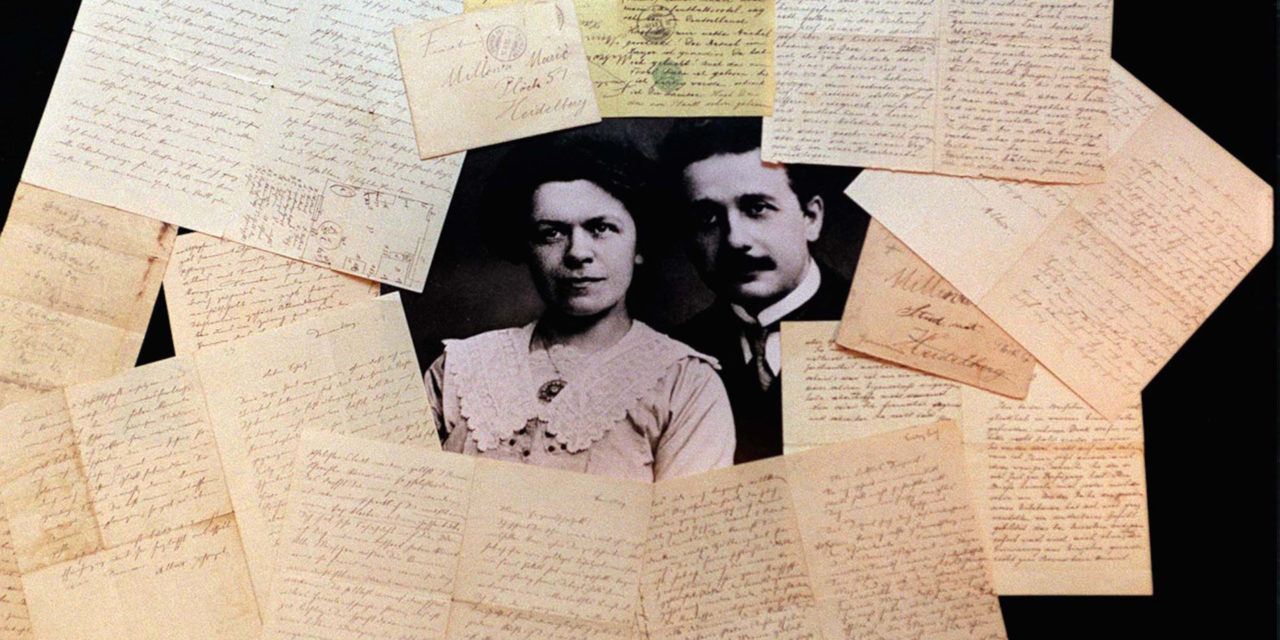 I haven’t the gift or propensity
for housekeeping. A frustration.

For as long as Albert needed my calculations,
my research and manuscript proofs,
my honey pot and arms, I was his equal
as much as his stepping stone, though
I did not know it then.

How I imagined we would become
like Marie and Pierre Curie, but my Albert,
he collaborates; he does not share.

When a man lives too much in his head,
surveying mindscapes, tunneling imagination,
hallucinating the play of the cosmos,
twisting and bending thought into knots,
only to unravel all and start again,

he can lose footing in the physical world, travel
too far inward, become lost in weightlessness.

He will hike with great vigor the mountains
and hills of Switzerland, exhaust limbs and lungs,
feed his body sausages and sweets,
burrow his sex deep into flesh until balance
between thought and sensation is restored.

She pretends friendship, is welcoming, generous.
Sympathizes with my newness to Berlin.
Assists Albert in socializing, forging new alliances.

A darkness is here.
Albert’s choice, Berlin. A fine position, advanced prestige.
A husband who has no time for his wife or children.

She pretends scrupulous morality,
sweeping grace, and sleeps with him,
schemes to take him for herself.
Elsa, debutante divorcee with two daughters
and no standing in the world.
Why not steal another woman’s husband,
so conveniently her first cousin,
an easy mark, such a prize.

Why does the wishful adulteress
think she knows the man better than the wife?
He will use her too. Another stepping stone.
Another woman who will wait.

Go ahead, pretend.
Convince him he needs you, your connections
and society, your conversation and complement.

But it is he who wants to be seduced and swept away.
It is he.

Never doubt the mind’s eye – frightening images
or playful ones – what is sensed in flesh and bones.

Someone I know saw a little man riding along a beam of light.

I, too, saw many things – glimpses of future landscapes:
hillsides tiered in lush gardens, all varieties of cacti,
others burned to smoldering debris.
I felt chilling aches ripple my spine, experienced a dread
that could make of me a frozen woman none would notice.

I disregarded visions, intimations—
after all I’m a scientist, not an occultist.
I confided in Helene, and she, as a loving friend would,
found me in depressions, retrieved me from
circular corridors, opened drapes and doors.
She bolstered me, though
I knew one day Albert would leave.

Our bright beginning, our invincible love
could not defeat the force of such a dark future.
I ignored premonition, swallowed fear until it stalked
and claimed me in this insatiable illness and bedridden hell.

Say my deformity made me a shy, introverted girl,
my arrogance, a cold stubborn student,
my carelessness, a bereaved mother.

Say my intellectual limitations failed me as a scientist,
my demands drove Albert away.

I say the hard-iron, double-standard shackles of men
offer such poor opinions of me.

Resilience is beauty. Mileva Marić Einstein embodies resilience in mind and spirit. Her life story and her perseverance against the obstacles of her times, her gender, her ethnicity, and Albert’s betrayals moved me to honor her beauty and to give her a voice.

The poems above are part of a collection of persona poems based on the life of Mileva Marić Einstein (December 19, 1875–August 4, 1948). A brilliant mathematician and physicist in her own right, Mileva was the first wife of Albert Einstein. Mileva worked with Albert on the papers that comprised his “miracle year” of groundbreaking theories. The couple had three children, an illegitimate daughter who died or was adopted at about 1½-years old and two sons. After achieving worldwide recognition, Albert abandoned Mileva for his first cousin and second wife, Elsa. Mileva was devastated, and any possibility of a future in science of her own was lost to domesticity and motherhood.

History and institutionalized sexism have exalted Albert and left Mileva mute in his shadow. 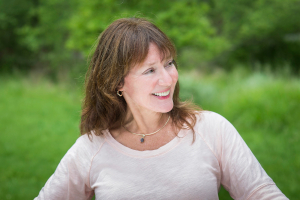 Catherine Arra is the author of (Women in Parentheses) (Kelsay Books, 2019), Writing in the Ether (Dos Madres Press, 2018), and three chapbooks. Her poetry and prose have appeared in numerous journals online and in print, and in several anthologies. Forthcoming in 2020 from Finishing Line Press is a new chapbook, Her Landscape, Poems Based on the Life of Mileva Marić Einstein. Arra is a native of the Hudson Valley in upstate New York, where she teaches part-time and facilitates local writing groups. Find her at www.catherinearra.com