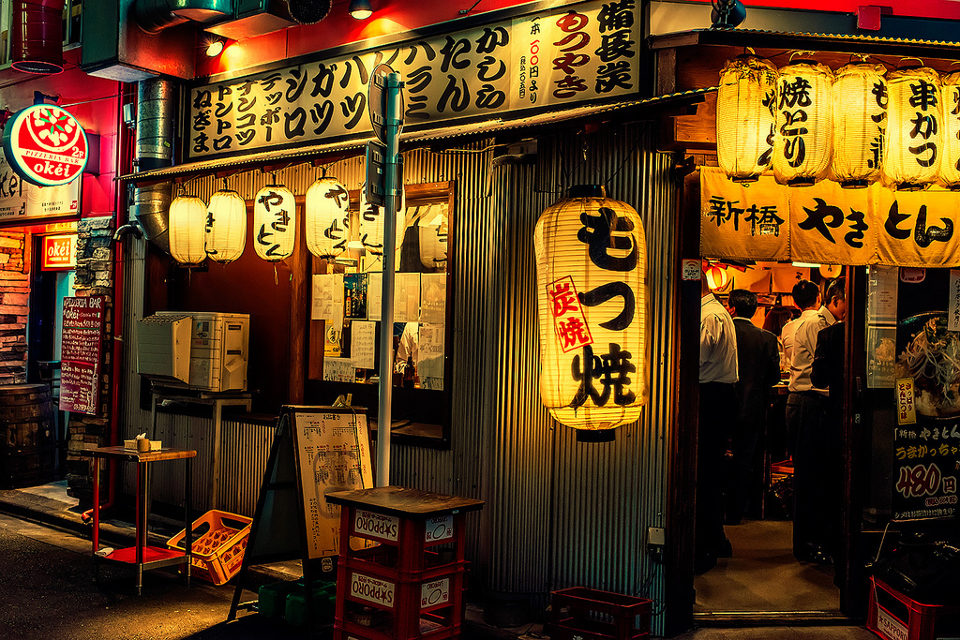 A British gentleman I met in Tokyo invited me to the book club that met at his bar. Eager for company and any literary community, I started going to the meetings. Membership consisted of middle-aged American and Canadian men. They were friends in a hockey club, they told me. They had started the book club to share their passion for literature—and beer, obviously. They had brutally honest and hilarious discussions, while finishing pint after pint. Then they would start talking about other books, North American hockey teams, and beer and sake places, until they no longer seemed to know what they were talking about. I sat through the binge from the late afternoon until midnight, watching almost in awe the six-foot-tall hockey players emptying two pints while I finished one glass. It didn’t take me long to acknowledge I’d joined a drinking club that read books.

I kept going. I was alone in the rubble of my life. I’d just hit middle age, the period of life where many of you lose your parents, your life and career choices atypical of your friends spark only criticism or resentment, and you can no longer sustain a relationship built upon your younger self that failed to anticipate this midlife crisis. No family, no friends, in the city where I’m from. So I needed to occasionally meet people. These worldly and unpretentious gentlemen tore apart or rhapsodized about the books in emotive terms, but didn’t discuss what they felt about life. I could only infer from what they said in passing that they worked in different industries as corporate employees or business owners, and that some were married and others weren’t. And they never asked me anything personal. They made me laugh. I never met them elsewhere. I like beer. It was the perfect book club.

One day I caught the train home with one of them. He was my age and the funniest guy of them all. So I loosened up more than I did at the bar—with drunken honesty, I told him how my life was a mess. “I’ve lived only for myself. No regrets. But look where I am,” I said, expecting his habitual deadpan response.

Instead he focused his eyes on mine—which he seldom did—and said calmly, “We should live for ourselves.”

I gazed back. He continued, “I know this sounds selfish. This makes me look selfish. But we should all live for ourselves.”

A desire to chat and drink and laugh with him as real friends outside the book club filled me to the brim. Beer on the counter in a brightly-lit Japanese izakaya, our grumbles about work and people, his words that would crack me up—these were all I wanted. The pureness of the longing made me tearful as we hugged at the station. Then he climbed up the stairs and I walked on, back to my life and toward the coming meetings where, I hoped, friendship might lie hidden in pints of beer.

Anyone and anything true to the core of their being strike me as beautiful. The core–or essence, nature, character, whatever you call it–is inside of us and never goes away, but how difficult it is to remain aware of it. Whether it’s people, animals, or plants, when the way they are makes me feel the depth of their being–that is, their connection with who/what they really are–along with quiet resilience and love, I find them profoundly beautiful. What they physically look like has no part in this perception.
So I believe beauty is something we each have deep within and surrender to, rather than create. It is the affirmation of the self that loves and hates, and lives well and badly, at his/her/its own discretion. And anything created out of such beauty moves people, sometimes to the extent of changing their lives so that they will embark on the journey back to their own beauty. 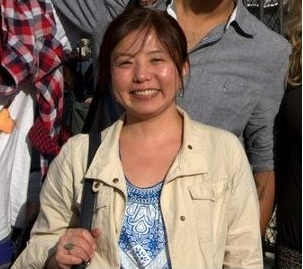 Kaori Fujimoto writes personal essays while working as a freelance translator based in the Tokyo area. She studied creative writing at US colleges, and was a fellow of the Paris American Academy Creative Writing Workshop. Her work has appeared in Brevity’s Nonfiction Blog, Sliver of Stone, Talking Writing, among others. Other than writing, she enjoys cooking and communicating with animals, although she is not a ‘foodie’ and doesn’t have a pet.