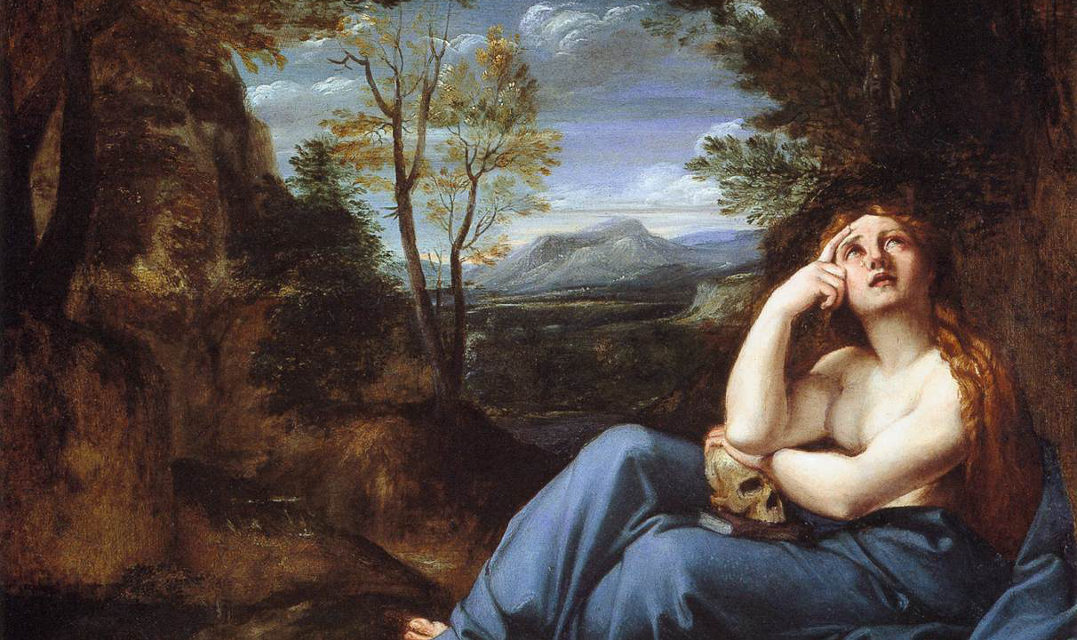 The heavy spill of her dark hair is not yet damp,
she’s only just immersed herself in the stream.
She touches the back of her head, her right hand
a palm’s-breadth beneath her halo.

To the left of her spine are three large brown freckles,
a trinity: the apex points toward sky.
Water’s depth almost covers her buttocks,
skimming the cup-shaped small of her back.

Her left hand has strayed above water’s surface,
her forefinger trailing a ripple she watches
with calm interest. Perhaps a minnow flits there,
loosing its little surge of investigative bubbles.

She faces the far bank, creek shallow and narrow,
her shoulders narrow also, somewhat sloping,
skin luminously pale, olive-bronze, shiny
like leaves of the linden tree lit from below.

Dawn broke hours back; unfazed, the rooster crows
for nothing but to welcome his own din
into the sun-steeped, new-leaf-measured day.
Shadblow will bloom, sway, shed its petals far
over the tall grass, dewy for an hour.
Then, with the stilling of the early winds,
air’s warmth rises, water-filled, libation.
Now, tractor groans, drive-train, four-cylinder rack
and shudder, the harrow hitched; and furrowed earth
raises brown shoulders glistening, the damp
dark eager soil opening in the wake
of all this noise: incessant rooster, gusts,
belts, camshaft, cranks, the spew and push and churn.
The farmer, likewise, welcomes his own din.
White petals litter the woodlot’s fringe, unsung.

I have lost the other earring,
just a loop of wire, a spill of beads,
nothing sentimental about the pair,
they weren’t a gift, they weren’t
expensive, I bought them on sale
and I don’t even remember where.
Still, I am wondering, today, about
that other earring, where it is now:
mired in a ditch or trammeled flat
by car tires, wrestling with
damp leaves in some corner of
a lawn, wedged into a crevice—
car, couch, vacuum cleaner bag,
floor of the post office, the pharmacy?
Has a child plucked it from
its fallen spot, some child attracted
by its shine and swale of gold
wire, and fingered the other earring
and held it up to sunlight and
left it with a pile of loose change
and rubber bands in another kitchen?
Is it lying, bright, where some
other woman will find it, think
it might be hers and clasp it tightly
in her change purse with the dimes?
Or did the glitter entice a crow
from its perch and did the bird’s
black eye reflect the other earring,
the enquiring beak taking it up,
gold against coal, to some
other hoard, forgotten,
like Sutton Hoo, where the gold
and brass lay with the bone
shards, and the names forgotten?

It seems easy to write about Nature with a big N. Nature is “beautiful.” Then you examine it, and it’s blood and sex and fang and claw. Past that aspect of ugly truth, beauty comes around again. Or maybe awe.

Spiders–I used to fear spiders. They were not beautiful in my opinion. Then I observed them, learned about them, found them to be exquisite in their design and purpose, and beautiful.

I may be misquoting John Cage, but here goes: “The first question I ask myself when something doesn’t seem to be beautiful is why do I think it’s not beautiful. And very shortly I discover that there is no reason.” That’s close to my aesthetics. 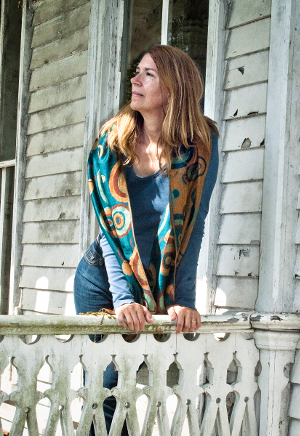 Poet, essayist, librettist, blogger, educator–Ann E. Michael resides in eastern PA. She is the author of Water-Rites (poems) and of four chapbooks. More at: annemichael.wordpress.com.