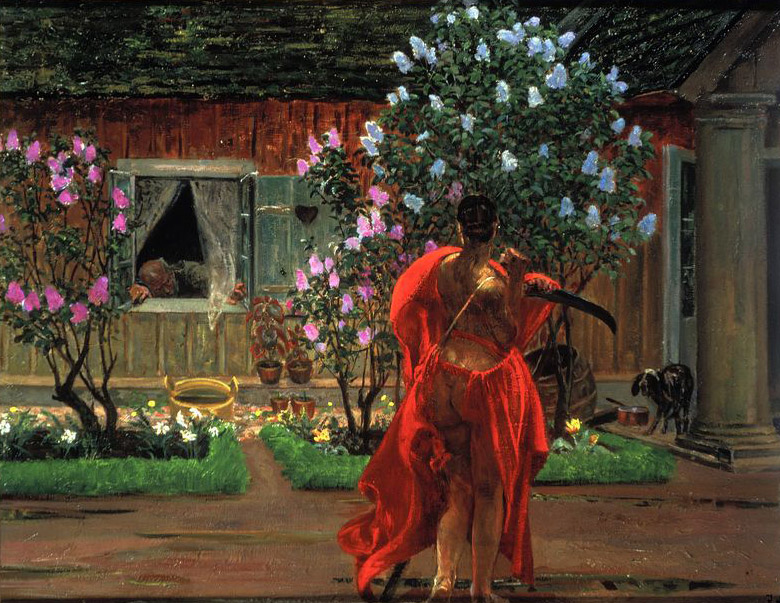 Early on Sundays, while your home is still
and you can hear the cardinals outside,
you let your limbs relax into the chill
left by your sister the day she died.
Her coffee mug stands on your windowsill
and stares at you with its unblinking eye:
the handle is the eyelid; the pupil
might be a spoon, some frost, or a hovering fly.
Eventually, your husband will awake,
reach for your shoulder, and the spell will break.
The eye will fade; the treadmill will restart.
You’ll say “I love you” and climb out of bed,
paying no mind to contrails overhead
that cross the sky and sometimes come apart.

Today Is A Mistake In Any Cosmology

Remember the ravens had a name for each of us?
Then we got on the bus and you told me
you didn’t want to see me anymore.
I thought I had known the color of your hair.
We continued to call each other.
I was trying not to let my foot off the memory
of walking with you along the ocean,
dusk, and everyone buying fireflies at the market,
the band trying to finish their set
while the concert hall was being demolished.
I never loved the wrinkles around your eyes more.
I sent you flowers. Forgive me, I sent you flowers.
I bought plant food. Forgive me, it fell and spilled.

When she removes her hat as though it were
her hat and lets her hair tentatively
stream down her neck, the solipsistic blur
of mangled corpses under the oak tree
takes a back seat to healthy violins,
and the Kiss-faced songwriter writes, at last,
not so much like a ghoul: “her graceful limbs,”
“Rapunzel’s catechism,” “resplendent lass.”
Later, he’ll put an axe to his big chest
and strum for a too-easily-impressed
studio audience. His metaphors
will usher in a triumph that includes
a Grammy nod. Oblivious to her force,
she’ll clip her hair and step into Whole Foods.

To An Old Poet

Beauty is the green of the knock-off Garden of Eden on the slope of the volcano that would usher in a new ice age, as it refrains from erupting. Beauty is the sound of the cormorant pecking on the wall of the submarine, amusing the outcast sailor. Beauty is the decision of the soldier guarding the Berlin Wall to stand down and not open fire on the crowd, when they approach the checkpoint after hearing it is now legal to pass through, while the soldier hasn’t gotten the memo. Beauty is the war veteran coming home and spending the entire spring gathering maple syrup (see Pamela Bailey Powers’ narrative poem “Zach’s Maple Sugaring Book”). Beauty is the family whose house has burnt down, making a new home out of the bathhouse in their backyard. Beauty is the mountain lion tracking a visiting toddler for an hour with his eyes, only to remain in his cage when it is unlocked. Beauty is the face of the sentry noticing Rapunzel’s hair running down the side of the tower and going right back to his book. Beauty is the light of city lanterns falling on that hair. Beauty is the embarrassed smile of your beloved spilling a soft drink on one of their childhood heroes. Beauty is the tadpole rejoicing at being listed as a wrong answer in a multiple-choice test alongside his favorite songwriters. Beauty is the flower hanging from the chandelier above the bed of the mortally ill, reminding them that eating, drinking, and being merry is not always a requirement. 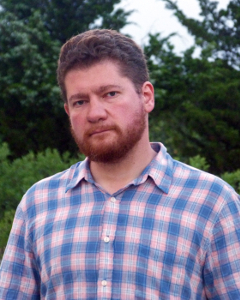 Anton Yakovlev is the author of poetry chapbooks Ordinary Impalers (Aldrich Press, 2017), The Ghost of Grant Wood (Finishing Line Press, 2015), and Neptune Court (The Operating System, 2015). His poems have appeared in The New Yorker, The Hopkins Review, Prelude, Measure, The Stockholm Review of Literature, and elsewhere. The Last Poet of the Village, a book of translations of poetry by Sergei Esenin, is forthcoming from Sensitive Skin Books. Yakovlev won the 2016 KGB Poetry Annual Open-Mic Contest and was a finalist for the 2016 Howard Nemerov Sonnet Award. Born in Moscow, Russia, he studied filmmaking and poetry at Harvard University. He has also written and directed several short films.