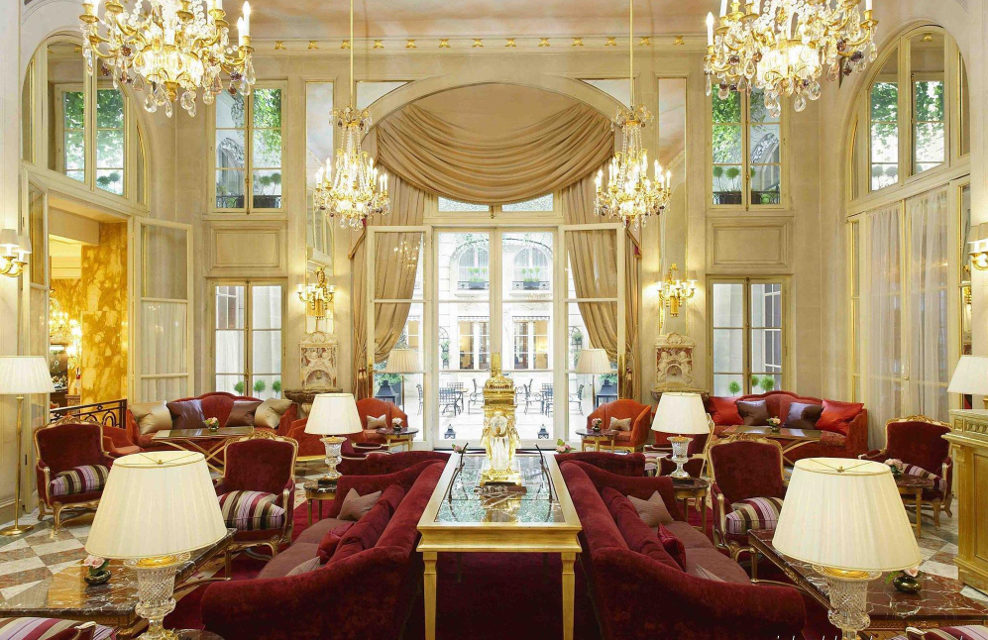 It was spring and I was bored. I wasn’t expecting Madame’s return. That’s what I have been calling her since our quick affair eighteen years ago. She became pregnant.

“Of course not,” said Madame. She gave birth to a girl. “I’m calling her France,” she said, “do you see any problem with that?”

At the time I was an anarchist. To me, this choice looked like a challenge and a refutation of my convictions across the board. “Good luck,” I said. Madame disappeared.

To quickly get to the point: Madame was rich. Her father was a banker, she went to live in New York. She got married, got unmarried, got remarried, had two more children (boys). From time to time I had news from friends. She moved from New York to Geneva. The first husband (an American) had acknowledged France, then vanished. As for me, I had my own life, rather frantic, actually.

And here she is again. Fat little blonde here at the Crillon, facing me, well-dressed, jewelry, silk, talking a mile a minute about her daughter, my daughter—this young vivacious beauty beside her, with brown eyes? I try to remember how I made love with Madame, and just as I’m about to burst out laughing, or at least my invisible double, France comes and kisses me on the forehead. “Hello, father.” Right, I’m a goner.

“She wants to live in Paris,” says Madame. “Do you think you could see her from time to time?”

“She has read all your books. She could help you with your work, maybe?”

Spoiled to the hilt! Delicious!

“I lead quite a disorderly life,” I say. Indeed.

“Order! That’s just what you need!” says Madame. “About time you had some order. France is very caring, aren’t you, France?”

France isn’t saying anything. She’s looking at me. She is wearing a white shirt and pants of a blue fabric. I lightly pinch my right thigh. She sees the gesture. She smiles.

“I’m looking at apartments for her,” says Madame. “There is a very good one, not far from you. Can she call you?”

I finish my champagne. I get up.

So for two months now: France and I.

France didn’t have any objections. It was obvious from the first seconds. She doesn’t want to talk about her official father, whom she scarcely knew anyway. It’s simple, he gave her or sold her his name. In any case, it’s Madame who had the money. “Without complications.” Has France always known what I am to her? Yes. Madame made sure of it. What an education.

She has already had lovers, including one “quite old,” she tells me. “Older than I am?”

Oh, I know, you’d like to hear about everything right away. The details about the first time, the effusions, the swoons, the guilt, the phantasms. You’re going to be disappointed. At the heart of the matter is the greatest naturalness. Odd that no one has described it.

“Have you had analysis?” (She is speaking.)

“Mom wanted it. I went two times, in Geneva. A fat German. I didn’t like him.”

“She thought I was too withdrawn.”

“Of course not. She talked all the time. Still does.”

“Do this seem strange to you?”

“In any case the sky didn’t fall on our heads.”

The first weeks we had to tone it down a little. I was seeing two women, quite intelligent, they were not really sure of me, nor I of them. I introduced France to them. It seems the resemblance is striking. They understood.

I eat up your chestnut hair, I eat up the back of your warm neck. I would like to spend my time doing that: eating you up. Saturn devouring his children? But gently, without the scowls from the bowels of the darkness, without the nightmare dimension. All this was supposed to happen to me, wasn’t it? Yes, since it’s happening. I am not of a complicated mind, as you can see. What’s good for you is good for me. The traces of your mother in you, thank God, are superficial (as are my mother’s marks on me): one quarter hysteria and anxiety, the usual bequest, but limited. I knew Madame only slightly, enough to have some auditory memories. That’s what blocks the memory, the sharp tones. Recorded. Madame, like the others, would have quickly given me a headache. I forgot her in time. But you speak to me from the same side of sound as I, as if I am hearing a modification of my voice passing through your throat.

Night is coming, we don’t turn on the lights, you are seated in the large armchair, we are two very chaste figures in a tableau  no one will be able to paint. No photos either, agreed? Nothing. A little time to save up, we know we don’t have long, that I am here only to ease the passage for you. You dreamt of me, we are living a dream, you will forget me in another dream in which I shall return like the dream of a dream. Let’s take advantage of the moment. It’s now.

Your tastes are those of your age. A few friends, boys and girls, I pay no attention to them, you rarely mention them. Like me when I was young, you don’t like young people. For you I am like a strange country, very distant, very close, you know there have been travels, women, friendships, affairs, but it’s a film, after all. The air is white at present, you are touching your father like a brother, from the other side of the mirror. I have immediately understood that you are a message for me. Not death (which is where?), not the past, but the split, the hurried accounting of colors. I imagine the woman you will be. The mother. The grandmother. You will have a lot of living, for sure. I listen to your breathing, I tell myself I have to say it the way people do, that my blood flows in your veins, that you are the flesh of my flesh, the apple of my eye. Series of clichés.

“What are you thinking about?”

You move your head, your hair reveals your neck. I can hardly see you anymore, cheeks, wrists, ankles. We wait for dark. We have stopped talking.

I take it easy, I listen to myself enduring, I cut myself off as much as possible from everything to look at you, to hear you. It’s useless explaining anything to anybody, they are living more and more in exasperation, frustration, sadness, death. You are a beam of life, your demise is as improbable as the demise of the movement of life. Many accounts are being settled, ones that mean nothing to you. Going to your apartment, late in the afternoon, I rediscover the gestures of the forgotten secret. To cross a street, change sidewalks, slip under the chestnut trees of the avenue the way I used to, when Paris was yet to come, full of slippages and possible encounters.

“And now you know everything?”

“No really, it’s in the bag. Wonderfully in the bag. Little planet. Atom on little planet. Seen. Felt. Grasped. Is waiting for the end, calmly. Returned to the source. Met you when I needed it. Is lucky.”

“Should I take notes?”

“Even better. In the mother ocean, suddenly—land!”

“That’s all there is. Leitmotiv. In the mother Occident what ennui assailed me… I’ll give you a hand; you escape, you stupefy them. Unexpected jump. Legend. The times are calling for strong sensations. Middle Ages. Plague, confusion, chaos, and suddenly—a glimmer!”

“Not even. A clarification. All around relief. You’ll see. Not me.”

Your hand on mine…. A ray of sunshine in the window. All the suns in that sun. And I’ve known many bubbles of light throughout the world. The world? No words work anymore, nothing really says anything. Your skin on mine. I felt nothing until you. 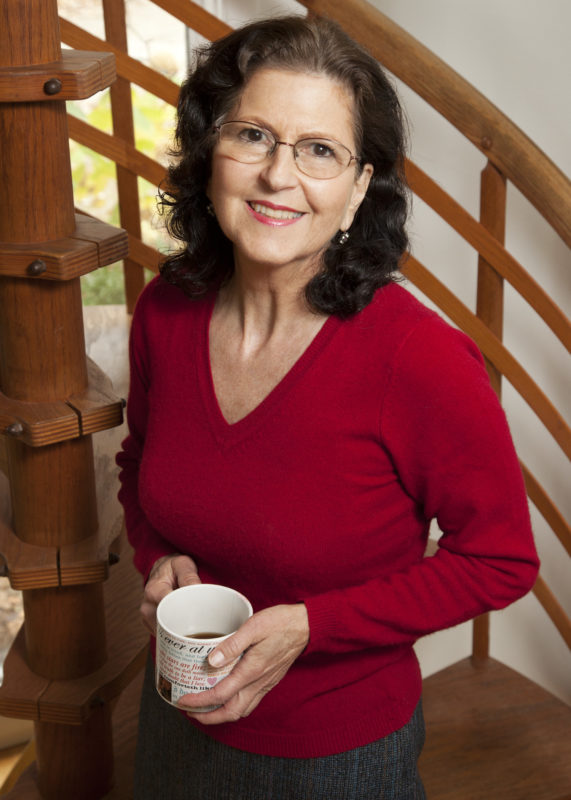 Philippe Sollers founded the avant garde journal Tel Quel (along with the writer and art critic Marcelin Pleynet), published by Seuil, which ran until 1982. In 1982 Sollers created the journal L’Infini. Sollers was at the heart of the intense period of intellectual unrest in the Paris of the 1960s and 1970s. Among others, he was a friend of Jacques Lacan, Louis Althusser and Roland Barthes. These three characters are described in his novel, Femmes (1983), alongside a number of other figures of the French intellectual movement before and after May 1968. From A Strange Solitude, The Park and Event, through Logiques, Lois and Paradis, down to Watteau in Venice, Une vie divine and La Guerre du goût, the writings of Sollers have sparked argumentation, provocation and challenge.