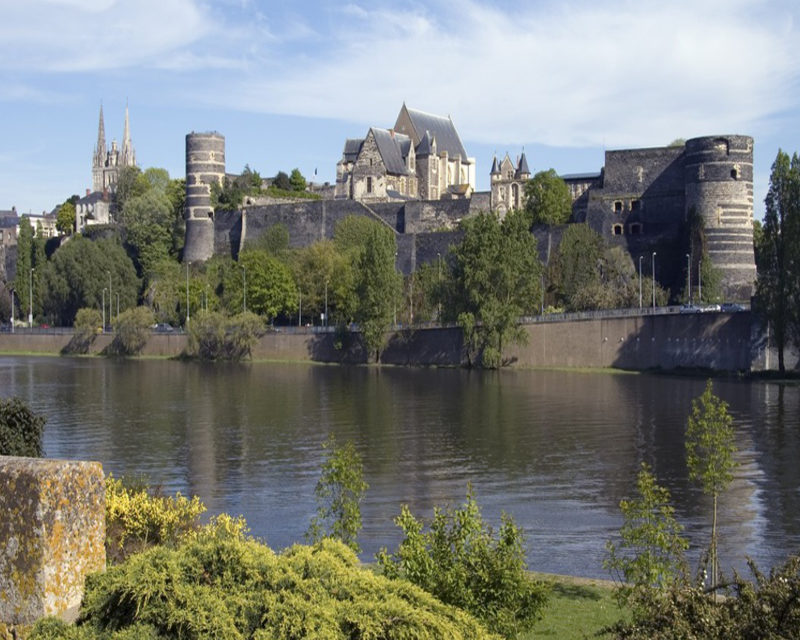 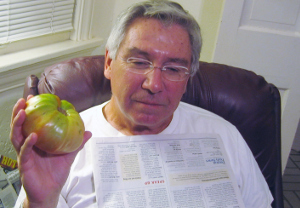 There were multi-colored lights strung across the streets, wreathes on the poles, but also geraniums blooming in a box outside the living room window and a bank of lush chrysanthemums blooming yellow over by the park entrance. In other words Angers, France, was pretty and very similar to back home, but it wasn’t home. My wife was helping my daughter care for her three-month-old, and I was banished because of a bug I might give to them or, worse, the baby. Not the kind of gift any of us had in mind. I felt strong, recovered with an occasional cough only, but out of it, on foreign soil and only timidly familiar with the native language. Sigh. Now I had to leave my snug hideaway. I had to shop and pick up a few presents. It was time to do the chore I’d put off since arriving here and get it over with.

As usual I checked the hallway, found it empty, hurried out to the elevator, pressed the down button, and waited anxiously for the doors to open, afraid someone else might appear. For a week I’d avoided contact with the high rise condominium’s permanent residents and so was relieved when the empty elevator came. I jumped on, punched the ground floor button, and watched the doors start closing.

Except that suddenly there was a man. He squeezed in between the doors tapping the floor with a silver-decorated black cane, muttering something, in French of course. He probably said, “Hold the door please.” Or “Wait for me.” Something like that. Whatever the words, they were beyond my comprehension.

I shrunk as far away as possible, backed into a corner, and felt trapped. My movements unintentionally caught his attention. He looked up at me—he was a short guy—so I smiled and nodded, and displayed myself, allowing him to scan my Dayton, Ohio, Walmart clothing, which certainly should have warned him that I was American. In the dim interior, his apparel seemed to mark him as a dandy, a nice dark business suit with a vest, red scarf, and a chappeau like a small brimmed fedora with one feather.

The doors closed, the cage jerked starting down, and though I looked away at the numbered lights for the floors we would pass, the man launched into a babble I couldn’t have followed if he’d spoken slowly.

I looked back at him, smiled again, let the words patter against my ears, and only then noticed that his red scarf partially hid the way his coat’s top button was in the 2nd hole down. Noticed that his glasses were double-thick, magnifying flint-colored eyes. Because he leaned closer and smiled as if we’d met before, I realized that he was around 80 and couldn’t see me clearly. He paused to breathe deeply, his voice lowered, saying something that sounded intimate, and then he laughed so hard he ended up coughing.

I thought of patting his back but unsure of proprieties didn’t. He wiped his mouth with the dark sleeve of his jacket and looked up at me, expectantly, awaiting a response it seemed.

The moment for me was strained enough to produce sweat on my forehead. I had to say something! “Il fait beau aujourd hui,” escaped my mouth. My clumsy pronunciation and stupid comment, that it was a beautiful day, reddened my face, which of course he couldn’t see.

Thank God he hadn’t heard it either. He nodded gravely as if he’d heard a profundity, then replied in a long string of passionate words, a response that proved to me the man had hearing problems as well.

Then jerk, Ping! The door opened, and we fled each other with the inevitable au revoirs.

The sting of this encounter chased me nearly a mile. At the first corner I exited the crowded business district, hurried down the long hill past Le Chateau d’Angers, crossed the bridge over the River Maine, and positioned my isolated self on a green metal bench a quarter-mile above the river’s curve. Alone. Free. Unscathed.

I vacillated remembering the incident, imagining it several times. It made me laugh, then shrink internally. There on the bench by the river, I shook my head at the craziness, and turning like that accidentally caught the eye of a man just sitting down on the bench nearest me. He nodded. “Bonjour.”

I said the same, imperfectly of course, and he sat rigidly, deliberately staring away from me at the river, perhaps turned off by my pronunciation of that simple word.

Ah me. It seemed impossible. What could I do to fit in? Maybe a glass of wine would help. I had some in the fridge back at the apartment. But I also had an errand to finish, presents to buy. I had to complete my preparations for the holiday. In two days I wanted to celebrate it with my family.

In the brisk air, at least the warm sun felt good. It was certainly warmer here than it would be back home at this time of year. I glanced at the man on the bench, and his profile reminded me of someone.

A second’s thought brought this revelation: It was me, myself. He wore a jacket, trousers, and a scarf, basically the same stuff I had on. The coincidence made me think. Though his black dress shoes contrasted my blue and white New Balance running shoes, this man and I, as well as the other man back in the elevator, had more things in common than differences. This one on the bench and I were both taking a break, admiring the view, facing downriver, breathing the fresh end-of- the-year air.

I studied the man in profile more closely. He was about my age, out walking a poodle so he probably lived nearby, maybe in the apartment complex up the hillside behind us. He was resting and so was I. Normal things. Universalities joined us.

We didn’t speak again. His poodle, however, sitting between us, stared back at me with such concentration that I imagined he barked, “The master and I come here daily the way we used to walk with his wife—God rest her soul. He’s sitting where she always sat. The man still grooms me as she did. He even ties on this pink ribbon of hers although I’m a male. He also gives me the haircut that she liked. He’s always patting my head, but it’s so absent-minded, it kind of freaks me out. See? He’s doing it now, but thinking of her.”

Bill Vernon served in the United States Marine Corps, studied English literature, then taught it. Writing is his therapy, along with exercising outdoors and doing international folkdances. His poems, stories and nonfiction have appeared in a variety of magazines and anthologies, and Five Star Mysteries published his novel Old Town in 2005.