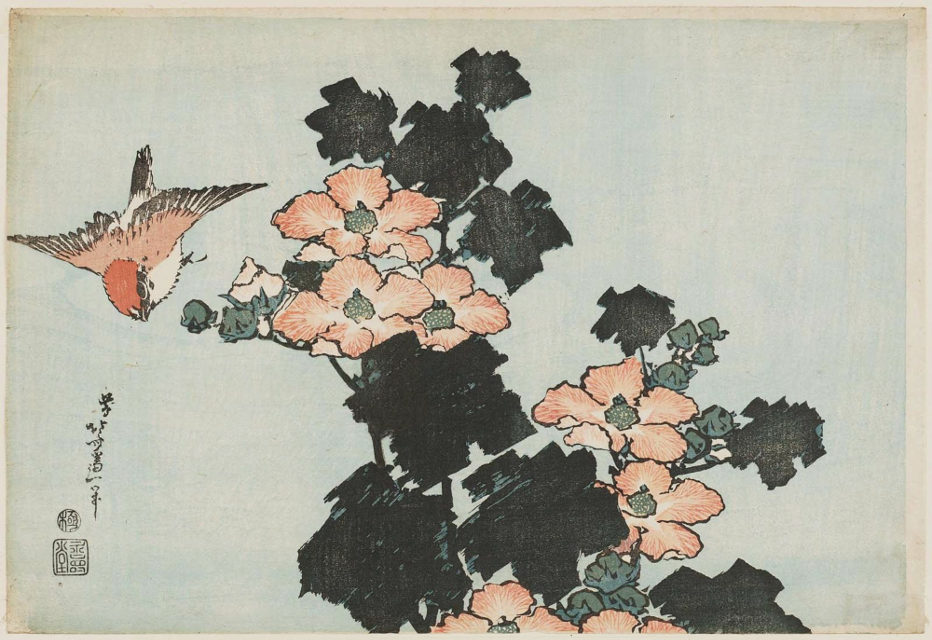 There is a consciousness, an awareness in the smallest crumbs of quantum particles. Without names or eyes, they know whether they are being watched or not. Hidden in plain sight, there are cities of cells and symphonies of light that ebb and flow with their own mysterious rhythms. They don’t hold alliances like you do. They don’t respect your boundaries and they don’t care about your laws. You think you are big, you think you are beyond them, if you think of them at all; you think you are one thing, one self, but you are nothing but pieces and empty space. Deep down, you know it’s true, and you have been lying to yourself all this time.

What is magic? What is the transmission of the lamp? Is it simply waiting for another microscope, some stronger math to make it visible to our naked eyes? Will that be enough?

The oils of my grandmother’s fingers must have left her body when she smoothed the stationery with her hand. Did she touch the oak desk? How much of the forest had it brought with it to her little house? What did she touch before she touched the paper—Lemony Snicket? The phone? The piano? A Room of One’s Own? No, she must have been at the kitchen table, by the window in the morning sunbeam, light falling in her hair, sliding from distant stars at great speed over her forehead and playing down her nose, absorbed into her, so her grip could cast a shadow on the paper. Did she set down the pen to lift the teacup with her right hand, or did she use her left? No one can understand how hard it is to live not knowing whether it was the right or the left, or whether she touched her lip, or whether she propped her chin in her hand, elbow on the table; there is no one I can trust for the answer. But somewhere, between the lines, something made her stop.

She paused to look out the open window, of this much I am sure. She moved a strand of hair behind her ear, and a bird alighted on the bush, and the genus and species in Latin, as well as the common name, flew unbidden to her mind: Spizella Passerina. Chipping sparrow. “Well, hello there!” she must have said, and the vibration of the music of her voice rattled the image on her retina, the sparrow hanging upside down inside her eyes like a bat. Then, I imagine, she would have sipped her tea to return to the task at hand, not realizing that the combination of sight and sound had taken flight, seeping through blood and bone and tissue and hitching onto her fingers when she touched her temple. She had to decide what to write and what not to write, and she may have thought nothing more of it as she smoothed the stationery and the oils from her fingers and one cell from her temple left her body and became part of the letter. Then again, maybe she knew.

She held the paper in her left hand. She read it over again, pointing with her right, checking for spelling and punctuation. She folded it with both hands, sliding thumb and forefinger down the width of it, and put it in the envelope. By then, the blue-gray ink of her favorite pen knew her as she wrote my name. What did she give me? What was she humming as she licked the envelope?

The next morning, as I made breakfast, the baby crawled under the kitchen table. “Ba,” he said, lifting up a gray-blue egg the size of his hand. “Mommy, ba!”

“It’s not a ball,” I said, swiftly peeling it out of his fingers before it broke. “It’s an egg.”

I held it in both hands, shaking. Grandma had been diagnosed. Her swooping, luxurious handwriting swirled diagonally across the widest part of the oval, distorted but still legible. It was warm. It was alive. I should have been more careful, I thought; I should have kept the letter safe. It was my scatterbrained life, my unconsciousness, my fault.

I was not at home when it hatched. I had gone to see her one last time. When I returned, my beloved told me that the chipping sparrow was born complete, flying, not a helpless, featherless, bug-eyed rat looking for someone’s regurgitation. It was sharp and fast, and it trilled with bliss. It flew not for duty, not for instinct, but for joy, to chatter in the baby’s ear, to dance through the air, teasing me, tempting me with life, opening my eyes and keeping me company.

Does it matter that I smiled when the letter came, that I touched it with my palms, that I smelled the envelope after I tore the top, before I took it out? What combination of particles lingered invisibly on my fingers—stray cells from the rice? The sofa? The baby? My beloved, or my own salt? And now, after so much skin has been shed, how much of that ink remains in my bloodstream?

I wanted to keep her forever, to break the rules of nature as she had. I wanted to find a cage big enough to hold her, but she was too strong, too free. The apartment was too small for her. She began to gaze out the window, and I finally had no choice but to open it. She looked back once over her shoulder, and flew away.

The Edge Of The Woods

“No one has even asked me if I’m ready.”

“You must be ready, or you wouldn’t be here. Here, I can carry that for you.”

“We just follow this path in, and then left at the fork, past the lightning tree.”

“How lovely! This is extraordinary. Let’s stop for a minute. Is this the lightning tree? Has someone polished it?”

“Almost everyone stops here at the fork. The polish is oil from all those hands. Go ahead, touch it.”

“It’s warm, and so smooth. How is it warm in this chill, in this dim light? There must be a thousand colors here–just look at the patterns! It almost looks like they’re moving. It looks like a young cottonwood, but it can’t be, with such delicate boughs. Is it dead or alive?”

“That can make it harder. Or easier. What kind?”

“What kind of artist? All kinds. A real artist uses everything she can get her hands on, doesn’t she?”

“I suppose so. Would you like to paint right now?”

“I am, but there’s no point in putting it off. This isn’t a pleasure cruise. Let’s get on with it.”

“You’re the one who said you weren’t ready. There’s a piano just down in the valley there if you’d like to play.”

“A piano out here in the woods?”

“Yes. It’s nothing fancy, but it plays.”

“Yes. Careful, those rocks are loose. Take my hand.”

“Oh! I wish I had a camera. What a scene! Just look at it, nestled in the leaves like it grew there. It looks like an antique. And is that a real owl on the lid?”

“I love owls. Goodness, it’s like she’s welcoming me! Look at her, so still, so close! Maybe I will play for a minute.”

“Easy. The bench is a little rickety.”

“You look like a barn owl, Sophie. Do you know this one?”

“That’s a wonderful melody, so soft and heartful and…patient. What is it?”

“Sophie likes it. I’ve never seen her sit with her eyes closed like that.”

Beauty is the gift, the piano in the woods, the way the cat licks his nose when you kiss it;
the racket, the dance, the sky undeserved, the fur on the underbelly of nothing.

The closer you get to becoming yourself, the more beauty you see. When I can see the world as it is, I will weep with the beauty and laugh with the beauty and all the imaginary shackles will disappear. One day we will see beauty in everything, and we will become it, melt into it like clouds in the sky undeserved for free. 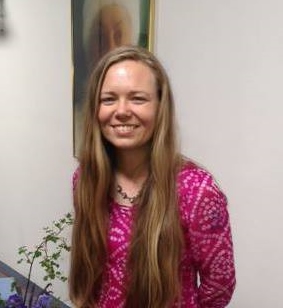 Brook Bhagat’s nonfiction, poetry, and fiction have appeared or are forthcoming in dozens of publications, including Little India, Nowhere Poetry, The Syzygy Poetry Journal, Rat’s Ass Review and A Story in 100 Words, and she is the co-owner and chief editor of BluePlanetJournal.com. She holds a B.A. from Vassar College and an MFA from Lindenwood University and teaches creative writing at Pikes Peak Community College. She has completed a full-length hybrid manuscript and is writing a novel.  More at: BluePlanetJournal.com