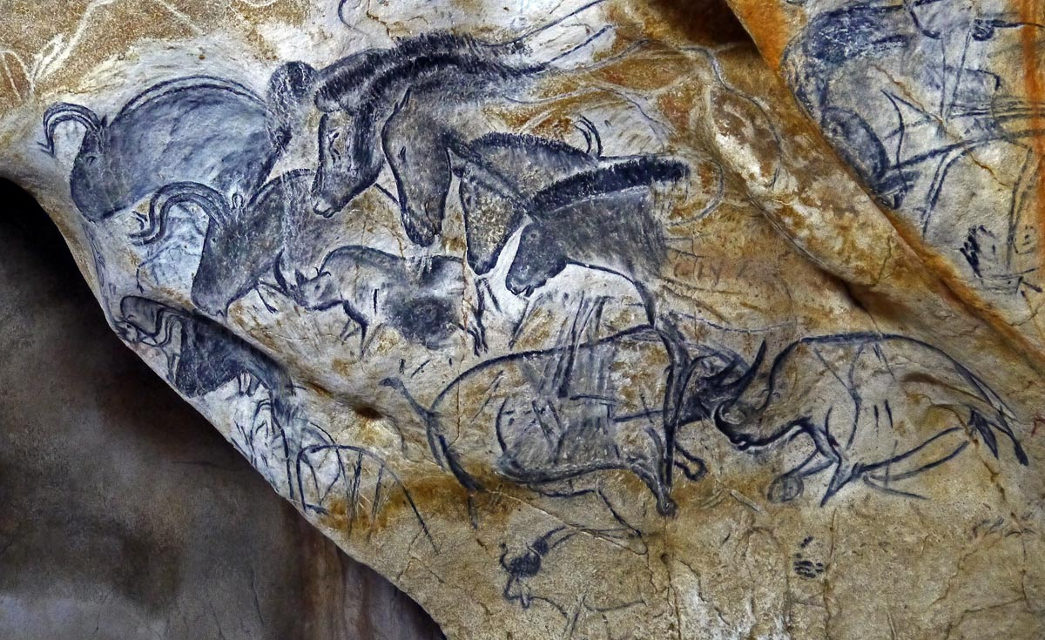 Frozen wind through a chink in stone
sent snowflakes over the bed; cold,

cold, Mary in a dark corner, wrapped
in her blue cloak of stars. Ice melted

on burning skin. Fever-eyes, fever-mind,
drawn to her twilight blue: the blue

before true night; the blue between stars,
when Venus still shines; light’s blue

melancholy when traveling that blue
distance, sun to sun, across the horror

of the blue-void; bodies, endlessly turning
through the blue, enveloped by the blue

She opened her arms, but I could not rise, go
to her. I closed my eyes, dreamt of blue snow

blowing from the eye-holes of a blue skull.

What is Mary? Kali-Ma, I understand. Death fingers,
worm-smell; child’s-body dangling at the end of each

circling through the dying brain… Death. Time. Witness
to the shadow-hole before light emerged, and now shadows

the shadow that followed light out of that hole, shadows
every move light makes. How she plays with it, with me,

plays with us all. Tell me about Death, I once said. Please,
tell me, and her words conjured a whirlwind – all voices

speaking at once, a grey-black funnel – and I made for the
tree-line. Rain churned the sky to mud; mud flew from

my mouth. Lightning turned the world inside out – oh
black whirlpool grinding all sounds together into one vast

of the things sucked into the vortex…

I thought I understood you because I knew her.
But she was not like you. You are brilliant death,

brilliant life; one alive inside the other. She was
No-Death, wandered the house, brushing invisible

fingers from her shoulder, waist, her thigh, looking for –
There. You hear it? The ceaseless drip, echo of Father

an empty pill bottle, shook another. There. You hear it?
That ceaseless drip, skin sliding off the bones of Charley

Phantom-Word. His cold touch, exploring…She touched
the back of her neck, felt his breath, muttered incomprehensible

words. Can you hear it? A useless spell falls into Charley’s
open hand, her father’s open hand. Father No-Death, who

made her what she is. She was not here, not there, dangling
between life and death. Can you hear it? She finds a bottle

in the dark, untwists the cap, drinks…

Silhouette of a lizard on the tent wall last night: skitter
of claws across fabric; strange language, almost intelligible,

lost in the event horizon of every cave entrance, where
we began to paint, find the way back to our mammal selves,

furred bodies close, dreaming together in the dark. Inside,
there was the relief of jagged rock, brought out

by candle-light, casting shadow-animals, insects, reptiles,
across the wall. The air close, thick with smoke, and found

comfort, my body surrounded by soil, stone, root,
and knew, for the first time, what it was like to be cradled.

Knew death as Return. (Not the terror of annihilation, or
escape into sky, umbilicus cut). Chthonic Mary, so small,

thin, perched on a cave shelf, keeping vigil in the half-light
of her stone-womb, sepulcher of St. Amadour, as if her

charred figure rose from rock, announced the return of love
born from stone, annunciation of rock and skin forever

intertwined. Oh to be held so close…

An abandoned motel. Boarded windows. In Room 17,
someone once pressed their hand to the wall above the bed,

and beauty out of the earth, up through the ant’s seven realms.
She is the horse, the bison, pulled from stone. She is the lion,

pulled from the water coiling and uncoiling underground. She is
the mammoth, speaking to the wind through grass. And the hand,

the hand, what is not-there, a signature of praise, thirty-thousand
years gone. She places my hand over the emptiness, says: “Do you

stone’s blood, through the seams?”

When I first read the lines in Rilke’s Duino Elegies, “…beauty is nothing but the beginning of terror…” I finally found the words for how I experienced beauty. Beauty cannot be separated from terror: the fangs and the intricately patterned scales of a cottonmouth; light filtered through the tendrils of a Man O’ War and the scars on the skin from their poison; smoke enveloping a full New Year’s Eve moon and the flames of my family house burning down. Beauty and terror are enfolded within each other the way yin and yang exist together – with the other as a germinating seed inside it. I once looked up from the ritual chanting over a dead body and saw candleflame shadows flicker across a wall. The terror of death and the beauty of the undersea-like shadows were not in juxtaposition, but part of a continuum. Another way of looking at it: if the dead body was not affecting me deeply, how could the shadows truly move me? Beauty is nothing but the beginning of terror. 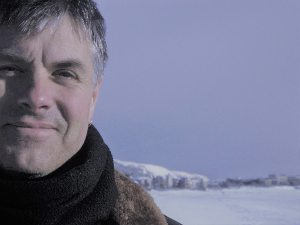 Christien Gholson is the author of the novel, A Fish Trapped Inside the Wind (Parthian, 2011) and two books of poetry: All the Beautiful Dead (Bitter Oleander, 2016) and On the Side of the Crow (Hanging Loose Press, 2006). More at: christiengholson.blogspot.com.