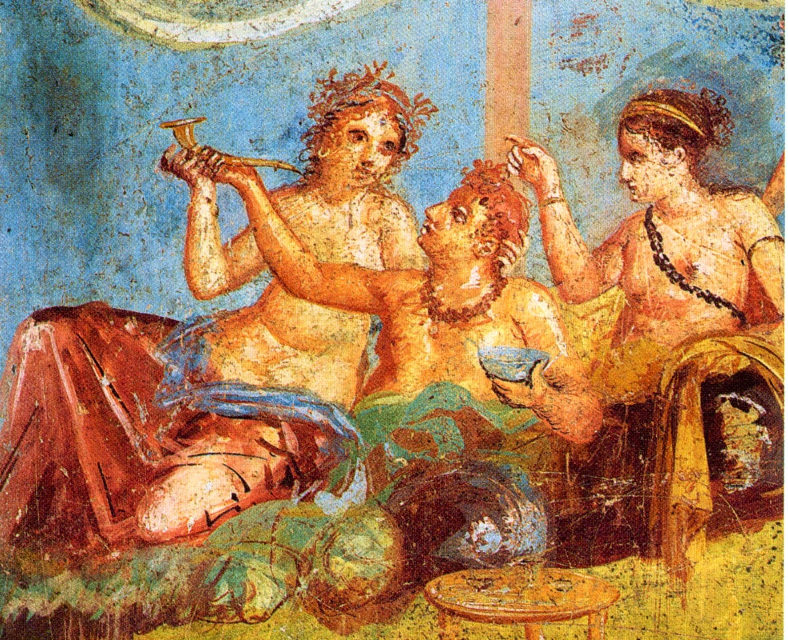 Why step out, love, with labyrinthine hair,
swishing your Coan silks, light as the air,
or oil yourself with Syrian spice and lotion,
and flaunt your wares, tricked out in foreign fashion,
spoiling your gorgeousness with style from stores,                  5
dulling the luster naturally yours?
No doctoring can do your beauty good;
Love has no love for gimmicks—he goes nude.
Look at the colors Nature’s hand has sown,
how ivy spreads more lushly on its own,                                  10
how in the wild the finest shade trees grow,
and rivers, though untaught, know where to flow.
Mosaics fleck the beach by no design,
and no art can make birdsong more divine.
Phoebe did not win Castor’s love like this,                  15
no frills won Hilaira Pollux’s;
Phoebus and Idas, by Evenus’ shore,
did not fight for his daughter’s haute couture,
and Hippodamia’s powdered cheeks aren’t what
earned her a place in Pelops’ chariot.                           20
By gems and jewels their looks were never tainted,
pure as the colors that Apelles painted.
They didn’t look for love just anywhere;
virtue, for them, was loveliness to spare.
I know you love me better than the rest;                      25
with one man’s love, a woman’s richly dressed;
the more, since Phoebus taught you music, too,
and the Muse gladly gave her lyre to you,
and you have special grace in all your speech,
and all that Venus and Minerva teach.                         30
You’ll always be a love and joy to me,
if you give up this gaudy luxury.

……….That painter first to make Love a small boy—
what skill and insight his art could deploy!
He first saw lovers’ silliness, revealing
how they let greatness go to follow feeling.
He added wings as well—and that was smart!—                      5
and made the god flutter inside our heart,
since there waves buffet us through a whole ocean,
and the wind whipping them is in constant motion.
And then he made his arrows barbed (how clever!)
and from his shoulders hung a Cretan quiver:             10
he shoots right when we least suspect a foe,
when we feel safe—and no one slips the blow.
I agree about Love’s barbs and baby face,
but swear he’s lost his wings in my own case,
since he won’t fly away, but stays for good,                 15
and wages constant war within my blood.
Do my sapped veins make lodging you enjoy?
Oh, show some self-respect; aim elsewhere, boy!
Go wound some neophytes, free of your toxin;
it’s just a ghost of me you’re putting knocks in.                       20
Who’d sing your praise, if you destroy that too?
(My slight Muse is no slight prestige for you.)
And who’d sing of her face, and her dark eyes,
slim fingers, and her footfalls soft as sighs?

In Plato’s Greek, as everyone has heard, “beautiful” and “good” were the same word. (In English, “good” slant rhymes with “pulchritude.”) But is Good beautiful, or Beauty good? Propertius loathed makeup and silky stuff; beauty for him was strictly in the buff — the world’s body, stripped of appearance, nude. He thought that good, maybe the only good. Yet a desire for makeup might obsess us if the face underneath it is Duessa’s. Strike through the mask! — a waste, perhaps of shame, demurs to prove the candle worth the flame. Soon, though, I’m off again, led by the nose, trying to touch the world without its clothes. 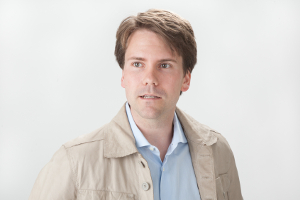 Christopher Childers is working on a translation of Greek and Latin Lyric Poetry from Archilochus to Martial for Penguin Classics. He has poems, essays, and translations published or forthcoming from the Yale Review, the Kenyon Review, Agni, Parnassus, and elsewhere.