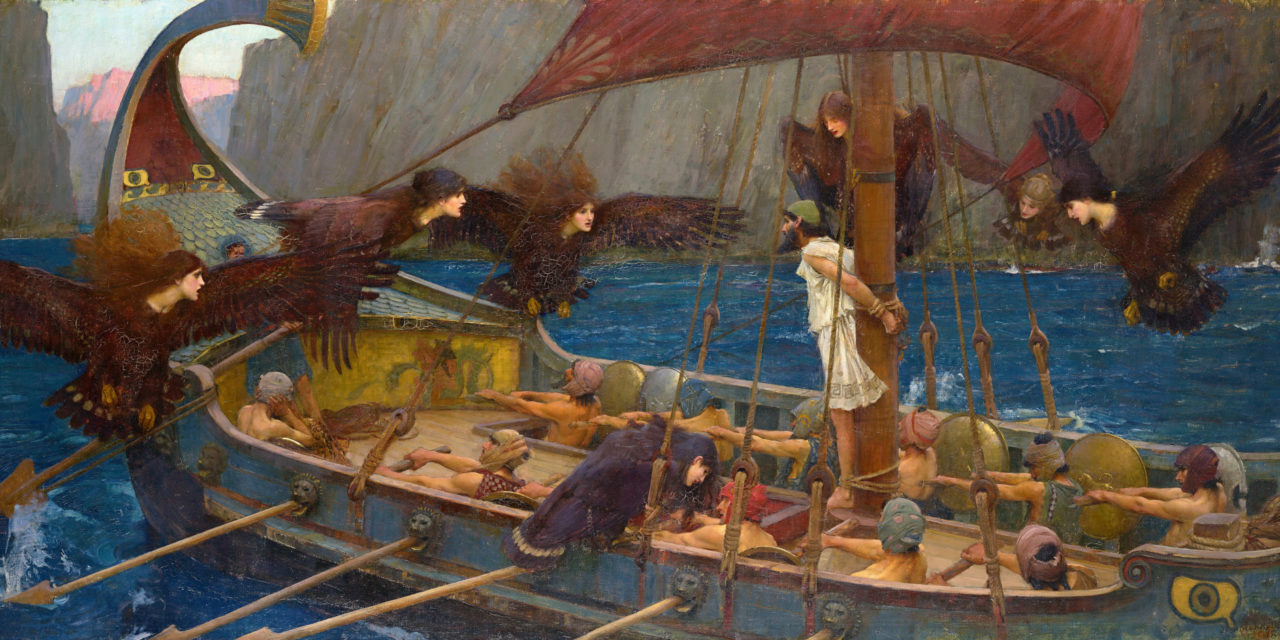 The Effect of Hearing the Sublime

Odysseus, who heard the sirens sing,
Was not enraptured by another thing
He heard from human lips; fools muttering

And golden sounds that proved the flutist’s skill,
Which other men said gave their hearts a thrill,
To him were equally dislikable.

He knew that he would never hear again
The sounds he would have died for had his men
Been able to hear what he said to them,

Which was, “Steer toward the music, though it means
We shall not land upon familiar scenes
Nor want to, once this music intervenes.”

Sometimes I wish I could be God,
Could not see with my eyes but His,
Could master His divining rod
And understand all languages,
Even the chattering of birds,
Could look past rotten teeth, bad breath,
Past insufficiency of words,
Past fear, past lust, past hope, past death.

But other times, especially
At night, I think how difficult
Existence by itself must be,
How difficult to live without
Surprise or ecstasy or doubt.

The Idea of Beauty

Brief as a saccade
Substantial as a wraith,
A thing less known by mind
Than apperceived by faith,
It flickers and dissolves.

A whole life may be spent
Unsure it ever was,
Yet wondering where it went.

Most of David Berman’s friends knew him as an accomplished lawyer and poet who loved the beauty of the opera, the best wine and food (as he very specifically defined it), and his eclectic friends. His Powow River Poets workshop friends fondly remember him as a student of language who might lie awake at night and worry that one of us might not remove a grammatical or punctuation mistake from one of our drafts.

As one of his three informal literary executors (along with Rhina Espaillat and Bruce Bennett), I have recently learned a lot about David. Although one would have thought he was a Boston Brahmin from his accent, he grew up in Florida and had an extremely difficult early life, including years in an orphanage. At some point, I believe as an undergraduate, he created an improbable image of the person he wanted to be, and yet largely turned that image into a reality.

Judges respected David, a Harvard-educated lawyer, for his integrity, logic and precision. As a poet who had studied under Robert Lowell and Archibald MacLeish, David shared his impeccably beautiful formal verse with the Powows, but kept his darker, often free verse poems, in his notebooks. He disliked the process of publishing poetry, and published less and less over time as he steadily increased the quality and the ambition of his poems. His posthumous publications will soon vastly outnumber those he published during his lifetime, and his friends, his widow, and I are all grateful to Peacock Journal for helping us to keep his work alive. 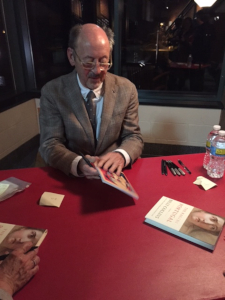 David Berman passed away in 2017 at the age of 82. He was a former Massachusetts assistant attorney general who studied poetry with Robert Lowell and Archibald MacLeish. A long-time Powow River Poet, he published three chapbooks and his work appeared in Counter/Measures, The Formalist, Light, Pivot and many other journals. More at: http://www.powowriverpoets.com