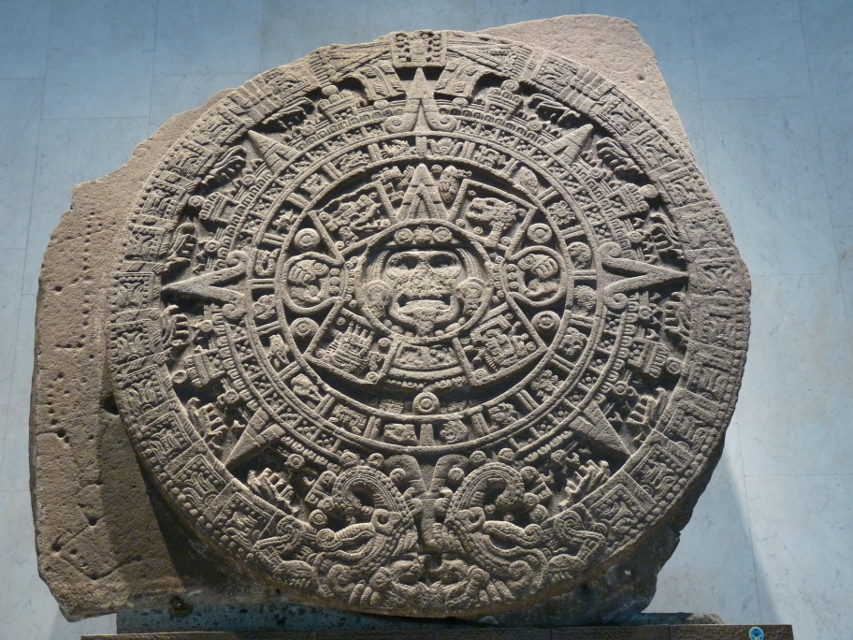 High Marks In My Book

written on Dec. 22, 2012 after the Mayan prediction of the end of the world

The end of the world came and went,
and everything’s mostly the same.
There’s less snow than yesterday,
less wind, more tragedy to lament
somewhere on the globe.

But we’re still here. It’s senseless to blame
the Mayans for a bad prediction—
if they were so damn smart, they’d all be millionaires,
as my cousin likes to claim.
I can’t tell you what’s for dinner, let alone the road—

as well as date and time—to oblivion.
I give the Mayans high marks for trying.
Most of us sit on our lazy asses,
surprised when the end gets near, stunned
when it comes, sprawled on the ground in our filthy robes.

Like Christ, I was in my thirties before
I could see through the fog and understand
a thing or two. With time and experience, I found wisdom
in the sunlit trees, in the rushing streams, in the hum
of bees dancing on the Musk Rose. My holy land
was the here and now, the moment, the dirt floor

on which I slept. Since living is pain,
and wanting brings despair, the key is to release
all desire, unclench your sweaty fists, and allow karma
to fall on you like a warm rain, slow to thaw
your frozen heart. As you let go, the world breathes
in your face: enlightened, now there’s nothing to lose. Or gain.

A poet friend of mine, Mary Jo Firth Gillett, once said, “It’s not the job of beauty to save us.”  Beauty is just there and it’s what we do with it that matters.  We’re all drawn to beauty and want to see it, feel it, experience it, be awed by it.  But I agree with Mary Jo; beauty won’t save us from anything—it won’t cut the lawn, do the dishes, fix the leaky faucet.  It won’t shovel the snow off the driveway.

As writers, we’re always on the lookout for beauty or the beautiful. The beautiful, however, could be any experience, image, conversation, or act.  For example, my two-year old grandson, Henry, recently asked his mom, “What time is it?”  His mom answered, “It’s 9:20.”  Henry thought and then replied, “I don’t even know what that means.”  To me, that is beautiful.  It’s a writer’s job to look for beauty in the world and try to capture it in poems and stories and plays.  In this sense, beauty merges closer to the ideal of truth.

As a writer, I want to use language in a way that makes the reader think, that’s beautiful. I want to wrestle with images and ideas in a poem so the reader sees a part of the world in a new light, from a new angle, with new eyes.  In my own work, I want a poem to move people on an emotional level (as well as an intellectual level) and turn them toward to a truth, a human insight.  I want the fog of beauty to rise up in a reader’s consciousness and change the world. 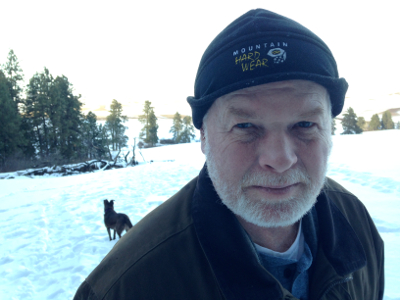 David James has published three books and six chapbooks. More than thirty of his one-act plays have been produced.

“I was born in Detroit and have lived my entire life in Michigan. Though anything is possible, I can’t imagine living anywhere else. For me, the pronounced seasons—spring, summer, fall, winter—fuel a new imaginative engine each new year. And each year I’m older and different, so every season brings about a fresh perspective and vision.”