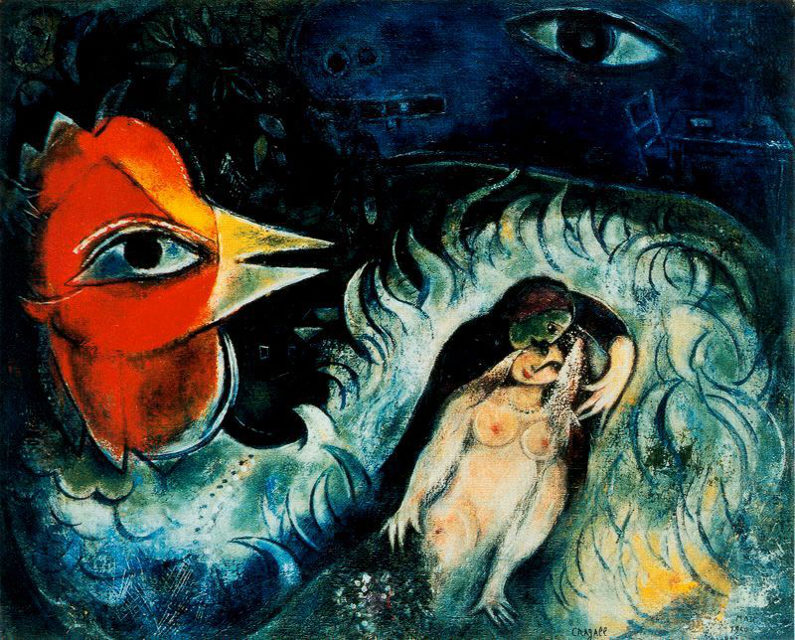 The Atheist Goes to Church

Do we bristle when a poem insists life is non-stop
beautiful?   And yet.   A small woodpecker has planted itself
at our feeder. The cat and I study striations of
black and white. The cat quivers when
a mouse tunnels through last October’s
leaves to reach fallen seed. Each is safe and fed.
There’s more.   The forsythia that showed no yellow yesterday
has broken out. Dangerous April winds prevent inspection,
but tomorrow will be calmer. I admit the good fortune
in that.   And also. My mother died later than she wished,
but just before there was nothing left but dread.
Her exit held beauty, in the saddest form, but beauty still.
Perhaps a ratio is needed. Two poems of the suffering,
which is all around, if not all around us.   And then,
at the window, an exquisite separation, as a tall dog, upright,
paws on the sill, watches the yard for nine minutes of a
mundane human chore.

The Short Lifespan of Everything Alive

__Doesn’t it seem, he said, that when we get to the end, we should be allowed to start again? Away from city lights, the night sky revealed its crowded splendor.
__A different life, he went on. Maybe luckier. We’d have no advantageous wisdom to carry forward. Nothing but the hopeful sense that we’d pay more attention this time.
__Like the next season of a TV series, she offered.
__That’s not it at all. He was disappointed in her. Doesn’t it seem that you and I have come too far, that we’ve become too much? Our species of one, extinct. The night air was the ideal ratio of warmth and balm, not normal for their region.
__What will the world do without us? He pretended he was teasing, but she saw the possible tear formed and waiting. Something arced across the sky. A star? A plane? She had learned almost nothing.
__Do you think we’ll know when we’ve had sex for the last time, he asked, one hand gentle on each shoulder.
__I know. I know, she said. We’ll be alright. Look! She pointed to the first slow flicker as it glided, figure-eight, towards her. See the many consolations? Be with me right here. She cupped her hands around the sturdy insect, then let it go.
__Tomorrow the fussy rose will be in bloom. She leaned into him another half step, then spoke again. I saw them peeking out today, that perfect red you found. So many reds and I love the one you chose.

Notice and beauty aren’t quite interchangeable but they certainly travel together, whether it’s choosing the right red or watching through train windows as Gary, Indiana, rolls by, huge curls of scrap steel artfully coiled, as insistent and instructive as any gallery installation. 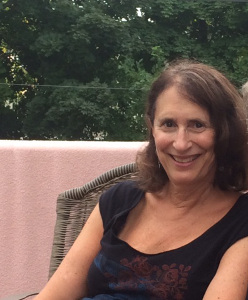 Originally from Washington, D.C., Deborah Gang moved to Kalamazoo to attend grad school and remained there, both for her work as a psychotherapist and the huge freshwater ocean to the west. Her research is published in Education & Treatment of Children, and her creative non-fiction is in Literary Mama and Blue Stem Journal. Her poems are seen in Arsenic Lobster, The Michigan Poet and Flagler Review.