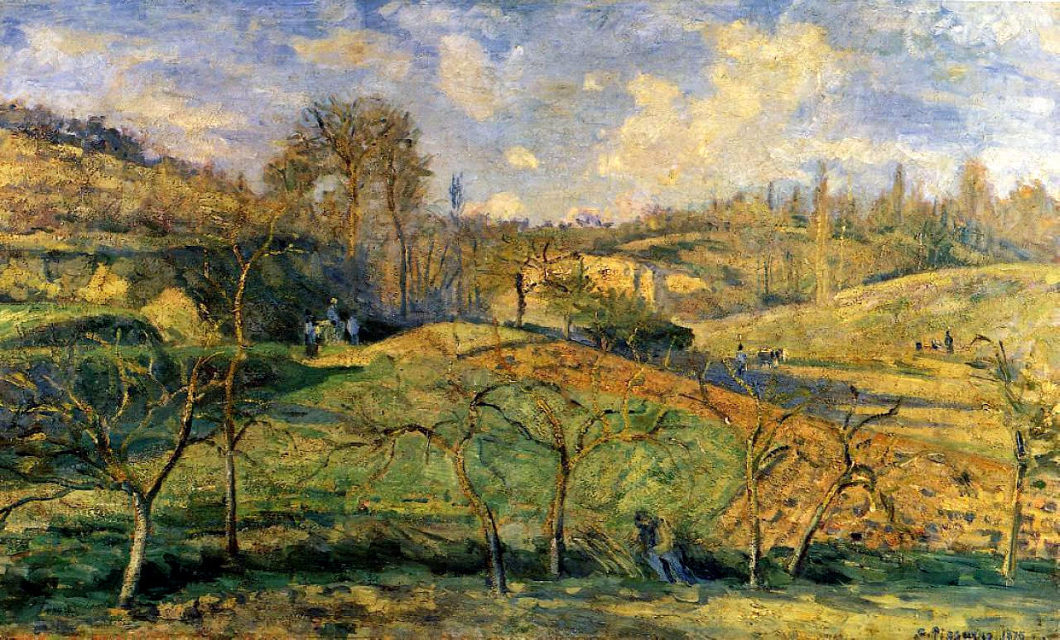 Though I know the limbs
of oaks will lose their moss
like shredded rags from lines
I want the rain with the never-end.

Though dark skin might fade to putty
and swamps of tar green scum will dance
from dizzy jigs of the six-legged
the mercy of water must fall.

Its curtains of holiness will raise palms
and petals till they curve and cup the air.
Binge to the addict.
Blood to the bone.

No other time before the late-cut hollow stalk
and collapse of reedy height, before hay was

to a June afternoon. It was nothing for the elastic
of my young muscle to glide through its tall blades –

for my bone to bend with their silver undersides
and pale green backs.

No other day for a loader to appear, long neck
lifting unfolding stretching to full height and higher

above the fibers of moss and willow green,
for its jaws to stretch wide and wider still before

plunging to grab the quick yield of upright growth. Stem
ripped from root and root from earth, it was nothing for

machines to scrape soil into slags, emboss them with tread
and leave an eyesore of red clay in an opulent mantle of maw.

of the loader lower and lift, close its jaws for the final time
and quietly bow its head.

In the last light of day I would climb the bank
toward the train trestle and aim for the iron crown
of its black marquee. I would hoist my body high
by hanging onto weed-tufted earth. Its tangle became
handles wrapped around and between the fingers of my fists
and its scruff were steps that cupped and held my feet.

My goal was to leave below and rise toward steel and open sky –
to reach my post and wait for the first blast that punched the dark.

one jab
followed by nothing

then another and again nothing

until a long groan of diphthongs began to moan up
through night-throat. Its bray grew and swelled into one long
hoarse chord that was pitched across the sky. Throttled by force
an arch of sound bellowed and left no body or being unwarned.
It pounded quiet and cried,

El Corazón!
I am the champion of waking hearts
and where I go, you go too!
Leave the sleepy corners of your dreams and feel
my rhythm rumble relays up your spine.
Rise above ribbons of road and follow
my cadence until it fades into the
far ground of beyond and you hear me pant,
“I am still here
I am still
I am.”

What mattered were phrases –
a few words written on a calendar
at the end of each day. I chose them
for their power to hold onto what
couldn’t be left behind.

They became links to memories:
“Spied on cows” helped me see
the black and white of ink-blotted
hides. “Played house in tall corn”
returned me to cool shadows under
a high ceiling of delft blue sky.

At the end of the month the calendar
was filled with a collection of scripts.
Like jewels I’d idly pick one and play
until an image came back but I was
most comfortable starting with the last
day of the month and reading back to the
first. One-by-one each phrase took me
to a place farther away in time fragrant
with the tang of what could still be.

Seeing and feeling beauty happens intentionally. In addition — when least expected. Either way, a person slows down and really notices the details of a singular form, or out of the blue some vision or feeling comes to life. Beauty involves any of the senses and definitely the soul. It is hearing rain falling after a drought, the sound of a donkey’s braying, the scent of cardamom and cloves, the sight of the first slim green fingers of new grass in Spring, the knowing that old scripts in one’s mind are being replaced by new ones. My favorite is looking at or feeling something that I have seen and felt a thousand times and then I experience it as if for the first time, as if through the eyes of a child.

For four years Diana has been honing her writing skills by participating in a semimonthly writing workshop in the New River Valley in the mountains of southwest Virginia. In the last two years she has had three poems selected in juried competitions and read them at the Valley Voice’s Spring and Fall Celebrations and at the Virginia Tech Center for the Art’s exhibition titled Unleashed. She is thrilled to have had multiple poems published in the Artemis Journals 2016 and Artemis Journal 2017 and in the 2016 fall issue of Floyd County Moonshine. She is a retired public school art teacher who spent many years helping children create masterpieces. Now she is committed to writing, gardening and cooking good food.