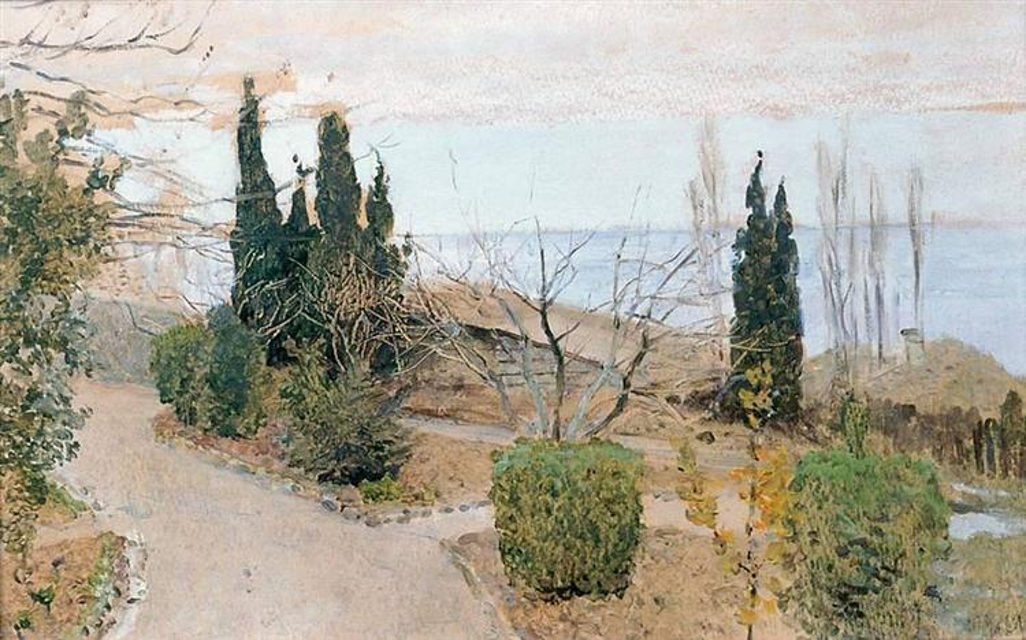 Noon dries off the last lacy glitter
from morning’s chilly shower. Its bold
bright warmth insists on cap and sunscreen.
Compliant and ruthless, the mower’s
gas fumes shave swathes forth and back across
the new spunky grass. Cap and screen have
no defense against cloying spinnerets that
drape and clog the cool shadows beneath
old oaks. Mobs of dangling cankerworms
inch down necks warm under collar bands
and frolic in the sweat of hairy arms.
Their tiny wriggling feet dance to the
beat of voiceless singing: This now is
ours. Noon has no purchase on our time.

Along the sun washed street, commuters
greet the parade of late afternoon’s
replicated houses. Like stately
sentinels in full dress whites that warn
of their approach, uniformed Bradford
Pears stand guard. They watch them each drive by.
Crew cut lawns replicate their stately
silhouettes. Sun despairs of rigid
conformities. It prefers to light
dark crannies, hide mildewed corners and
sprawl cacophonies of shadows from
gangly half-dead oaks. Up across the
grassy berm’s wild Phlox’s blue carpet,
from the other side, blue spills ripples.

The indecisive breeze tugs at a
few peach blossoms but quickly lets go.
Bemused it watches school buses pass.
Cars scurry late to jobs. It waits for
them to get to where they need. Now and
then it coughs and sputters. Suddenly
it grasps hold of its conductor wand
and Azaleas fling up their Moulin Rouge
skirts and petticoats. Milkshake pink churns
and sloshes. Magenta simmers in
the green leaves. Scarlet brazenly flirts.
White strives to be flurries. The wand thumps
the air and tries to ignore it’s a
mere breeze. The dancing chorus is thrilled.

The stripped tree branches and the falling
snow fleece spin receding counterpoints
in the silent boys choir cathedral
serenity. Their resonances
reverberate their soundless double
paths deep into woods where eyes seek trails.
Ears hold their peace. The air is light with
light. The branches wave black wands, chopsticks
and batons. Their rhythms mesmerize.
The snowflake melismata fall and
lift with the agility of pure
soprano pre-pubescence. Double
moving paths weave their now into each
next new now as all time always does.

Rain drives fire hose plateaus of cloud
up the ramshackle eastern sky. Bold
black trees march into the trombone blare
of late afternoon sun. The towering
wall of Cypress spires shimmers diamonds.
The Holly hedge flecks pomegranate
garnets. The pavement exhales chilly
small whiffs of steaming tea. Lawn’s matted
fur is otter slick. Its ruts gleams oil
and white. As if they chipped down from the
afterbirth blue sky, five Jays pluck through
the mud. Like wands, blue, red, diamonds and
black chase all shades of gray packing. They
congratulate each other, Job done.

As I have gotten older my notions of beauty have drifted away from aesthetic universals.  Beauty for me now is simple ravishment.  A sudden unexpected gasp of surrender to a sense-based awareness, often visual but also tactile, aural and even olfactory. I am of course aware that my subjectivity in these responses makes it almost impossible fully to share them with someone else—much less explain them.  Not only is ravishment subject to my quirky sensoria, it is a fluke of the emotional moment I bring to it—my mood if you will.  Thus, the ravishment may well be unrepeatable.  Beauty for me is the essence of now-ness.   In poetry my task is to find language and context that invite readers into the quirks of my ravishment.  If my language can startle or disorient perhaps it can invite.  Invitation is all that I can invent.   Readers can accept my invitations or they can pass on them and move on to something else. 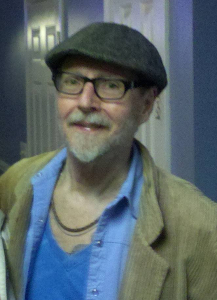 Don Mager’s chapbooks and volumes are To Track The Wounded one, Glosses, That Which is Owed to Death, Borderings, Good Turns, The Elegance of the Ungraspable, Birth Daybook, Drive Time, Russian Riffs. He is retired and was Mott University Professor of English at Johnson C. Smith University where is also served as Dean of the College of Arts and letters. As well as a number of scholarly articles, he has published over 200 poems and translations from German, Czech and Russian. In the 1970s he published articles and review on Gay Liberation. He lives in Charlotte, NC with his partner of 36 years. They have three sons and two granddaughters.

US Four Plus Four: Eight Russian Poets Conversing (New Orleans University Press), is Mager’s anthology of translations from eight major Soviet-era Russian poets. It is unique because the tracks almost half a century of their careers by simply placing the poems each wrote to one of more of the others in chronological order. The 85 poems document one of the most fascinating conversations in poems produced by any group of poets in any language or time period. From poems of infatuation and admiration to anger and grief and finally deep tribute, this anthology with its preface by Richard Howard invites readers into the unfolding of such inimitable creative forces as Anna Akhmatova, Boris Pasternak, Marina Tsvetaeva and Osip Mandel’shtam. More at: donmagerpoet.