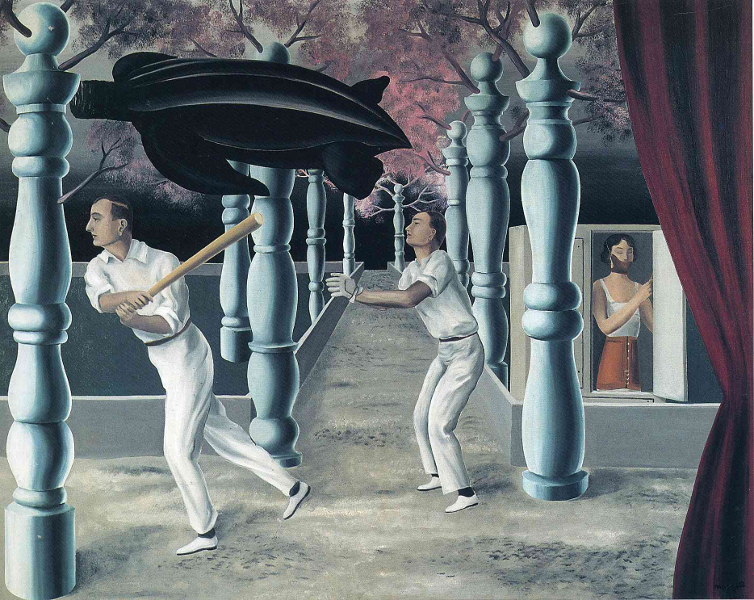 It’s definitely Janus’ suitcase, open on the floor. Hawser ropes, the likes of which you see winched around a metal bollard at a dock to moor ocean liners. Tied into thick sailor knots. Spilling out of the suitcase. Refugees.

The suitcase is one of these with belt buckles. The leather is nicked and scarred. It used to be full of all kinds of decals. Now only the sports ones remain. The one for the Cubs is still on it. I’d given it to Janus when I treated him to a game. April 1978, me and him in the stands, me explaining to a foreign student what a line drive was. Janus might be Albanian, but he loved baseball.

We were grad school roommates in the dorm. The suitcase contained all his belongings in America. All his non-physical properties. He showed me where there was a particular carved etching in the leather. I put on my glasses and bend down. It’s still there — a soft, faded imprint on bruised leather. Definitely there. Done by fine knifepoint by his girlfriend Erdona. A rose. A symbol of love. A reminder to return. They took his uncle and Janus cried, but when they took his sister, he went. The first time I met someone to whom freedom meant more to him than it did —does — to me.

I look to try to catch Donna’s eye, but my daughter is busy staring at a large video projection. An artist is kicking a soccer ball dripping with paint up a curved wall, watching the ball dribble paint like Pollock. Janus was before her time, before I met her mother. But Janus already had a little girl when he came to America. He had shown me her photo. A little girl with pigtails and a broad gap-toothed smile. Janus said he saw things in America everyday he would like to tell her about. Spun sugar candy. A car the size of a small shark. The Statue of Liberty on a postcard. The sounds in the stadium when the Cubs were playing.

I ask the museum guard sitting on a foldable chair if he knows anything about the suitcase and its provenance. He shakes his head. I only speak French, he says in French.

At the front reception, a nice lady tells me I can ask the artist myself in an hour when she’s there to give a talk. The talk will be in French but she speaks English, the lady says. Ardita Agron’s her name…wait…could that be little Ditta, Janus’ daughter?

Excitedly I go back to Donna. She’s watching distances being tracked on a map of the world. I stand with her for a little while without interrupting. A device cleverly measures the distance travelled by the soccer ball in centimetres and maps an amplified equivalent in kilometres on the world map. An arrow traces Helsinki to Bratislava. When Chicago to Paris is mapped, Donna touches my hand. “Dad,” she says. “We exist.”

Borders and Connections. The exhibition is aptly named.

I pat her hand, still waiting.

The artist isn’t the same Ditta but she is from Albania. She’s happy to help me locate the other Ditta. She’s amazed I would remember a suitcase. She lets me touch the carved-up rose in the leather despite the disapproving look of the museum guard.

Donna doesn’t understand. “He only lived in America for six months, you said?” How to explain that it isn’t the duration a friend occupies in your memory but the space. When we got back to Chicago, Donna relents. Together, Donna and Arditta help me find Ditta all the way in Tirana. It takes six months. An ironic inversion of longing.

Ditta gives me her father’s number.

After all these years.

One early morning, with my glasses perched on my nose to make sure I don’t punch the numbers in wrong, I call this number, listen to the burr on the other end. A voice picks up in a foreign language.

“Janus. Janus, is that you? Listen, it’s Fred. Fred Auerbach from America. Your friend from ages ago. Fred Auerbach. Do you remember me?”

A pause and a cough. A hitched breath. Then a mumbled sentence in the same foreign language. His mind’s gone, Ditta had said.

“Baseball, you remember?” I shouted into the trunkline. “1978, in line at 8 a.m. waiting to get tickets. Cubs vs Montreal Expos. Manny Trillo tying at bottom of eighth, and Larry Biitner bringing it home with a walkoff!”

Back and forth. A jumble of words, me in English, him in Albanian. The trunkline spits static. A scratching sound like the noisy blow of wind. I keep trying. It’s undoubtedly Janus on the other end. The same hoarse timbrel. The ‘s’ pronounced as ‘sh’.

But he no longer remembers me.

Or English for that matter.

That memory that we were once friends recedes. I think about the distance of what once had managed to travel and form knots. Only borders now.

He hangs up first.

For me, beauty isn’t static; it’s not a state or condition, it’s a process. It’s about a process of becoming, of being on the cusp; nothing stays beautiful forever, not even memory.  That something was once beautiful is great to savour, but I’m more interested in the beauty of the morph, that which is manifested in the ordinary and everyday, or in traces and stains of what had passed or trespassed through, that which might not even be deemed beautiful by most.  If John Berger is right that beauty lies in the way we see, one way to see beauty than is to conceive of it as an entry point. As Berger says, it ‘inserts us into existence.’ What we find beautiful reveals us to ourselves and to others, it is at once more than what a ‘single life’ can contain and yet also what transpires at a glance.  In short, it’s not the object that is beautiful; it’s the transmission that happens between the object and our gaze — all that we felt and comprehended and realised we didn’t and hadn’t. 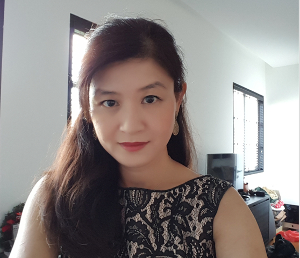