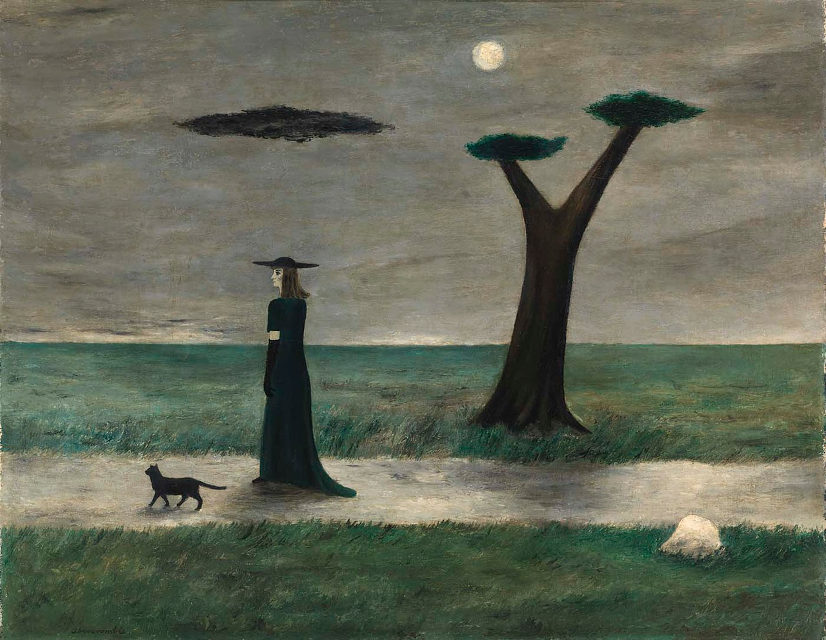 The cat extends himself to his full length, peeking through the window. He lets out a hearty meow, shattering the tomb-like silence of the old house. He is a funny looking little creature, a black koala bear nose nestled on a white face, like negative film exposed too long in the light. He has a patch of black on one leg, another completely white. His black and white, yin and yang markings swirl around in confused, disorganized perfection. The very epitome of what a molly gowser, short-haired, respectable alley cat should be. He prowls the perimeter of the house, drawn to it by some inexplicable instinct that makes him yowl in feline delight. Having no luck at the front window, he heads around to the back door, scratching and clawing at it in his impatience.

Anne jumps up with a start, almost dropping the crystal wine glass she had been cleaning. What is that unearthly sound? She sets the glass back down on the dining room table and sighs at the sight. Glasses, dishes, pots and pans, cups as far as her eye can see sit out on every surface, waiting to be organized. In fact, the living room is completely filled, every inch covered with clothing, Tupperware, cooking utensils, loose bits of bric-a-brac–the contents of an entire life, unvarnished and on full display. Anne sighs and picks up the fortifying glass of wine on the counter, taking a big sip. There is no way that I can ever get through all of this, she thinks in despair. I don’t even want to. The Estate Sale is tomorrow, the day of reckoning. She has put out the signs, the ads have been posted and reposted, now all she has to do is throw the doors open and sell all of her childhood memories to complete strangers. What’s not to love about that?

The cat gets no response at the back door but he is not deterred. He rounds the garage and sees a large picture window, light streaming through. He gets a running start and launches himself onto it with claws fully extended. He hits it at full speed, a loud crunch breaking through the thick window pane, before landing hard in the bushes. He slinks away to regroup, truly embarrassed in the way that only cats can be, at anything less than complete gracefulness.

Anne is amazed at the folks she has met coming and going in her parents’ house today. She would never have expected to find so much goodness, followed by sheer greed. More than one person wanted to give her a hug and share their stories, while another special soul offered to buy her father’s coffin flag for $10. They rifled through every part of this place, she thinks, looking for items even in the medicine cabinets, hall closets, drawers, kitchen cabinets, spices—nothing was off limits. It was a huge success, as far as these things go, so why do I feel like I need a shower?

Anne drags the last few bags down to the end of the driveway. This is it she thinks, the last of it, going off to Goodwill. It is finally over. A flash of something white catches her eye and speeds off into the bushes. What was that, a rabbit? The bush emits a loud meow, as if in answer to her unspoken question. Anne immediately feels a pang of guilt. Mom had three cats, and I just had to find a home for them. There was no way I could take them all and the older two were a package deal, having been together their entire lives. A nice young couple had come over in response to her animal rescue posting and taken the pair of old Maine Coon Cats off to their new, and hopefully happy, home. God, getting them packed up and into the car was heartbreaking, they had lived in that house for over 10 years. Those cats were everything to Mom, filling her life in the years after Dad died, she thinks sadly. Anne makes a quick decision and heads back into the house, searching for her mother’s supply of dried cat food.

The cat, having just finished his second midmorning nap, takes one last, luxurious stretch and ventures out of the bush in search of food. He can smell something in the air, he is an expert in these things, and follows it eagerly around to the front porch of the house. Seeing the source of his good fortune, he rushes forward and falls upon his prey, crunching and gulping in pure feline ecstasy.

Anne tries to stifle a giggle as she watches the cat gorging on the small bowl of food. She furtively peeks through the screen door, not wanting to scare him away. He has to be the strangest looking cat she has ever seen, with his unique markings and her heart goes out to him in his hungry state. She notices that his tail curls, all black except for the white patch on the bottom, and that nose! She doesn’t know why she thinks he’s a boy, she just seems to know it. In all these years she has never seen him before. He must have wandered into the neighborhood from the local dumpster, he is so filthy. Even in his disheveled state, she can see that he is still pretty young. Probably the by-product of an unwanted kitty union, one of the many forgotten creatures of this world. An orphan, she thinks, just like me.

Anne feels a chill run through her at that last thought, as the cat looks up and locks eyes with her. He immediately springs into action, meowing and scratching at the screen door, trying to get to her. What harm could it do? She asks herself, this has always been a haven for cats after all. The new carpeting has just been installed, but if she keeps him on the front tiled entryway, she could let him in for just a minute. She tentatively pushes the screen door open and jumps back as the cat shoots forward like a rocket, leaping into her Mom’s favorite chair, circling twice before curling into a ball and laying down. Tears spring to Anne’s eyes—she can almost see her mother sitting there, a cat in her lap and a glass of wine in her hand while watching Monday night football. The cat purrs loudly and looks up at her, his amber eyes shining. She reaches out and strokes his head as he kneads in delight, making himself completely at home, as only cats can do. If this isn’t a sign, I don’t know what is, she thinks as she catches a sudden whiff of her mother’s favorite perfume. For the first time in what feels like an eternity, she is completely at peace. “You’re quite the independent little guy” she says to him, “I think I’ll call you Indy.”

The cat can’t put it into words, he is a cat after all, but he instinctively knows that he belongs with them. He knows a cat person when he sees one and the silver haired lady with the kind face is definitely in his tribe. Every night he has heard her calling out to him “Here kitty, kitty!” from across a great distance and has been following her voice for days now, across many miles. He could see her inside, sitting in a chair behind the younger woman that he already knows as his new person. Jumping up onto her lap and receiving affection from both spiritual and earthly beings, as is his due, the cat is finally content. His new person will do fine just as long as she remembers to keep feeding him dinner.

Anne takes a final look at her childhood home, all freshly painted and cleaned out. This moment is bittersweet, but she knows it will be ok. She turns and locks the door, the real estate agent will begin the first showings in the morning and they are confident it will sell right away. She bends down and picks up a freshly bathed Indy, tucking him under her arm as he purrs happily. Her husband is going to kill her, she thinks, but Indy will win him over, she loves him already. This is going to be the beginning of a beautiful friendship, kid, just like the old movie says. She gives him a quick kiss on the head before getting into the car and taking him to his new forever home.

The silver haired lady watches them as they drive away, satisfied that her final task has been completed. She backs away from the front window as the curtain gently settles back into place, as if moved by an invisible breeze. Those two are a match made in heaven, she thinks, and I know my daughter will be ok. With heaven on her mind, she takes her leave of this world, excited and ready for her new adventure to begin.

Sometimes when we picture beauty, I think we go big.

The majestic tableau of a sunset over the Rocky Mountains or the Grand Canyon at daybreak. The vastness of a starry sky with a full moon reflected in calm ocean waters. A symphony playing Beethoven’s “Ode to Joy” or the heartbreaking perfection of your favorite movie star up on the big screen. There is beauty all around us in the world, grand and epic in scale.

I believe that the most profound beauty can also be found in the quieter moments of life when you are least expecting it. The sound of a loved one walking in the door at the end of a long day, the kids playing down the street. A line drive barreling into the outfield or the ring of a perfectly tuned barbershop chord. The smell of the rain after a storm, a lingering memory from childhood.

The beauty we discover in our families every day. The pride in our children’s accomplishments, the love of a spouse. Touching the soft fur of a beloved pet or in the case of “The Cat,” two lost souls that meet and form a strange and beautiful friendship. 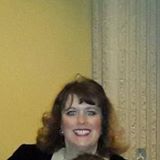 A. Elizabeth Herting is an aspiring freelance writer and busy mother of three living in colorful Colorado. Her other great love (besides writing) is singing Lead in Deja Vu ladies barbershop quartet and in a 140 member, award winning chorus called Skyline.

She has had stories featured in Dark Fire Fiction, with upcoming pieces also selected to appear in Friday Fiction, Bewildering Stories and Fictive Dream. She recently completed a novel called Wet Birds Don’t Fly at Night that she is hoping to find a home for one day. More at: Facebook.com/AElizabethHerting.