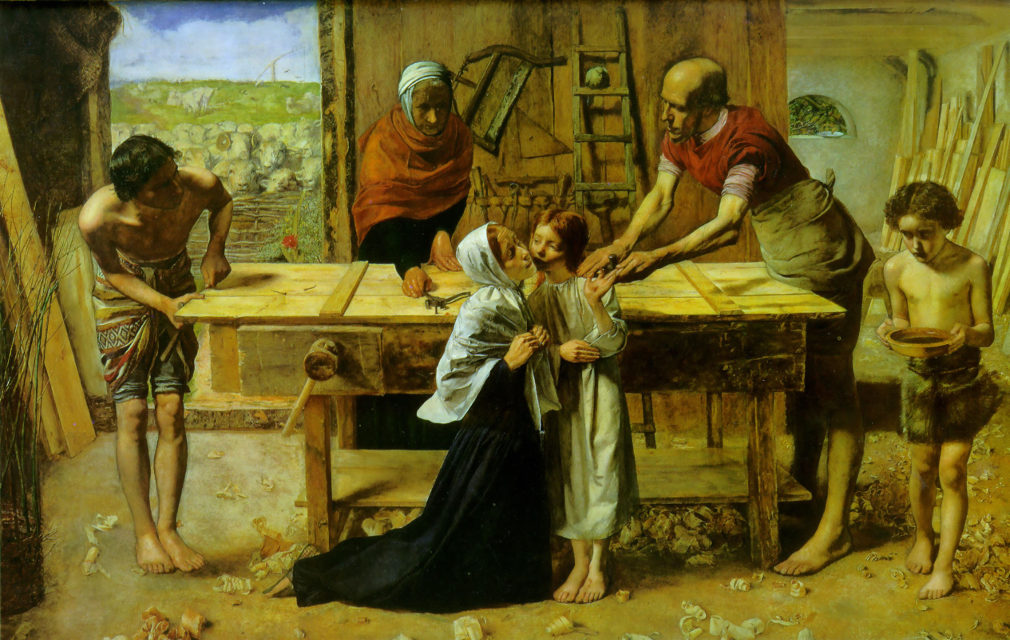 The scent of home-made bread permeated the little one-bedroom apartment.  It insinuated its way into every corner and crevice.  Wrapped itself around the Queen-sized bed, the bathroom vanity, the hot and cold water taps on the kitchen sink, the three-drawer china cabinet that sat just outside the kitchen, as though dividing the small space between kitchen and living area.

It then settled itself onto the apartment-sized sofa, a tan-coloured love-seat, picked up for a bargain at an Estate sale, where a girl of about nine years of age slept quietly.  Every now and then her eyes would flutter in her sleep, as though the being responsible for waking humans from their sleep was having a conscious battle with the Sandman in the girl’s unconscious.

The smell of the home-made bread, now sliced, toasted and slathered with butter and home-made strawberry jam, won the battle.   The girl stretched and yawned, sleepily, yet with a hunger in her stomach.

When I opened my eyes, I saw the smiling faces of my grandparents looking over at me.  The twinkle in my grandfather’s eyes caught my attention, as he lifted the teacup to his lips and took a sip of what I knew to be strong, black tea, with a drop of milk and three cubes of sugar.

“Anna.  You’re awake.  Would you like some toast?” my grandmother asked.

I smiled and nodded, stretching under the blanket, cat-like.  I watched my grandmother rise from her chair, and walk the few short steps into the kitchen.

The small one-bedroom apartment was located on the East side of the city.  The car ride is one of my most vivid childhood memories.

My father driving, my mother in the passenger’s seat, singing along to some old Country and Western tune playing on the 1987 car radio.  We had just bought a new car and were excited that we had graduated from an 8-Track to a Tape Deck.  We were a modern family living in a modern world.

I remember the car climbing the hill, its gears shifting automatically, to adjust.  Would we make it?  Would the car be able to conquer this concrete hill, made by man, as though it were a test of our determination and persistence?  I could barely contain my enthusiasm.  We were going to conquer this hill.  My dad was a big, strong farmer after all.  He could conquer anything.  I held my breath, waiting in anticipation.

The car reached the crest of the hill, and there it was, the city skyline.  We had made it. I silently let out a loud cheer in my heart, for the car and for my dad.

Tall buildings loomed in the distance. They rose, making their presence felt in the dim shadows of the past.

The setting sun sparked the turning on of the streetlights, which cast an unnatural glow around the buildings, causing a stark contrast between the darkening sky and the lighted buildings. The skyline would suddenly disappear when we entered the city, into its glow, just as it had magically appeared a few moments ago.

Within an hour, the same smiling faces that greeted me when I awoke would happily greet me, and my parents at the door when we arrived.

And, then my parents would leave.

I got out of bed, as my grandmother placed the offering on the table, along with a cup of black tea with milk.

I stood quietly, watching, as my grandfather was lying on the bed – on her side.  My aunt, crouched low beside him, held his hand, while he wept.

It was only a few short days ago, I watched as he gently rubbed my grandmother’s back.  With every downward stroke of his big, strong, capable, carpenter’s hands – hands that had lovingly built replicas of the Blue Nose for each of his children, laid foundations to buildings that reached the sky – these same hands would try and pull the cancer out of her body – try and heal those cancerous cells – with his touch – coaxing them – willing the body healed.  The same body that had given him pleasure over fifty years and nine children.

She smiled, a soft, mild, meek, smile. Smiling through the pain of a body wracked with an incurable disease.  She smiled, an offering, giving us a part of herself.  The good part.  The part not touched by the cancer, her heart.

They had to cut their trip short, flying her back from the Maritimes to their home, to this small apartment, with a stop at the hospital.

She would soon know what it felt like to soar, to take flight, without pain.

And, so I now stand, helplessly, as my grandfather weeps, and my great-uncle, my grandmother’s brother, filled with drink, laughs at his sister’s post-funeral reception.

“Everyone deals with death differently,” my cousin tells me.

I try not to be angry at him, or at the cousins, also filled with drink and intoxicated with drugs, dealing with my grandmother’s death the only way they know how, with substances to numb the pain.

But, I can feel the anger growing inside of me.

I need to feel it. I need to direct my anger at someone.  Somewhere.

It isn’t fair, I scream silently.  The anger echoes in my head, insinuating itself into my heart.

Once more I find myself standing beside the grave. My grandfather has gone to join his beloved. I feel sorrow and joy, sad for my loss, joy for his re-union.

I could never know the depths of his pain, of losing a spouse. There are no words, only one picture, framed in my memory, my grandfather lying on a bed, inconsolable, weeping.

I am happy for him. I look up into the cloudless sky, and feel the wind, a gentle breeze stirring.

Years have passed since I felt the anger seeping into my chest. It has been replaced with calm, a solace, a stillness, a knowing that she is with me.

I saw her. She came to me in a dream.

I was sitting on a bus, when she visited me.  I looked up toward the front of the bus, and there she was, my grandmother, looking back at me, smiling.  She was too far that I could not see her features, but I knew every line, the hazel eyes, every wrinkle, the chip in her front tooth. She had said she liked it, that it made her false teeth look real, authentic, the imperfection made beautiful by the warmth and love in her actions, her eyes, her hands, her offering of toast to a child, with sleep in her eyes.

People began to leave the cemetery, taking a little piece of the one’s, who had left them behind.

I hold out my hands and offer what little I have to the Creator, trusting that He will create something of beauty I can offer to those I love, in much the same way my grandparents opened their hands, their homes, and their hearts to me.

I turn away from the grave and smile, taking their beauty with me.

The quiet sound of waves lapping against the rocks and shore on a warm summer’s day.  The serenely beautiful trees covered with fresh-fallen snow.  A streak of lightning against the darkened sky.

Beauty finds itself in the art of music.  The sound of finely-tuned classical instruments, finely-practiced by the musicians, reach out and touch a chord hidden deep inside of me.

It also finds itself in the depths of literature, words that inspire me to become a better Christian, a better human being. Richard Wagamese’s novel, Keeper’n Me, is one such book.

Beauty is also found in the virtues of kindness and goodness.  The beauty of Mother Teresa’s wrinkled face, lit up by the warmth of her smile.

There is beauty in personal relationships, where you are free to be yourself, completely, naturally and vulnerably, yourself.  For these friendships, I am very thankful, and wish that everyone would find such friends.

Finally, I think true beauty must begin inside each of us. We can choose how we will react to the world and people around us.  We can make it a daily plan to forgive those who have hurt us.  We can choose love.  We can also choose to set a goal for ourselves, to do one thing of beauty each day.  Would the world not then begin to look more beautiful?  Indeed, I believe it would. 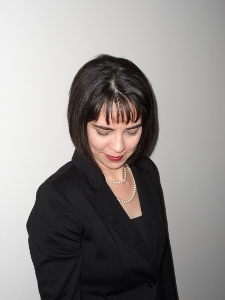 Ellie Potvin completed an English degree at the University of Ottawa. She has hosted a television series for Rogers community television in Ottawa, called, Ellie’s Read on Ottawa, where she interviewed local authors. She is currently working on her first novel, Forgiveness is a Four-Letter Word. Ellie lives in her hometown of Ottawa, Canada. She has no pets, but has nothing against those who do. More at: www.randomactsoflove.ca.