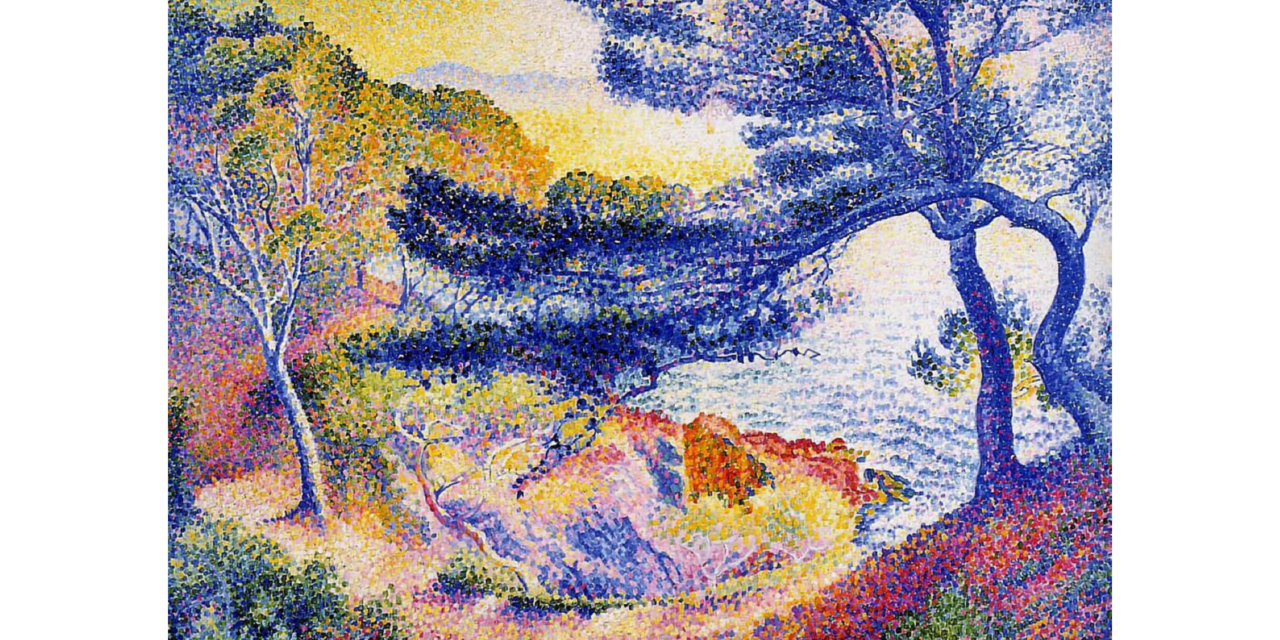 Or How Could We Ever Be Able to Resist Such Likeness?
After Where the Wind Blows by Juanita Guccione

Now we look like a stencil copy as though divided via parthenogenesis or were aphids avid to reproduce ourselves we no longer face each other yet strum in unison the chords of our ukulele stretch our legs sideways in the same comforting position as though we’d lived together for so long we’d slide under each other’s skin can’t get over that older man who told the younger me that touching one’s spouse was the same as touching oneself and yet what’s more magical than touching another skin and now that we are finally together on that wooden raft about to sail as though seated within a dream daydreaming of sailing on yet another boat on each side of that cerulean horizon as though a fragile skiff was hovering awaiting to color our reel and carry us away I wonder why the need for illusions if we know the emptiness of words we might as well have concocted our stories time after time yet still stumble over the same shadow unlike animals who never fall twice into the same trap our dulled senses might not be able to resist such likeness our hair flowing in the breeze in feathery brushstrokes I feel that you are my mirror image and no longer like what I see.

The nuns lodged me in the disaffected pharmacist’s
pavilion that looked like a tree house
accessed by a spiral staircase.
A short drive away from Beirut’s sweltering humidity,
the mountain’s cool dryness enabled
me to focus on my finals.

I rose at the early hours of dawn to study
before having breakfast
with the congregation.
Back to my desk, my struggle with double bind
formulas, medicinal interactions
defining the fine lines between

effective and toxic dose was soothed with trills,
cicadas’ mating lament echoing through pines.
The day’s only distraction
was when a novice would appear holding a tray
with fresh lemonade and cookies.

After dinner, I’d tell stories to the young novices,
so young they were dazzled by my own
versions of half-forgotten fairy tales.
I don’t know how we started listening to music
and ended up singing folk songs.

Some took turns to climb the mulberry trees
offering me the bejeweled fruits
palms dripping with purple juice,
staining their habit with laughter.

The day I left, they accompanied me all the way
to the main gate. I felt a pang in my chest.
I can still see their faces fading behind
the rod iron as I waved goodbye.

The girls’ eyes seemed to want to follow me as though
someone had snatched a book
they hadn’t had time to finish reading.

Or Aren’t Forgotten Tastes Still Dormant Under Our Taste buds?

Hasn’t everything we’ve ever wanted,
dreamt or desired, always been there,
hiding between every line we’ve ever
written, like forgotten tastes still dormant under our papillae?

Till an image resonates pregnant with meaning,
fluid words rise into stems of smoke over embers,
open wounds form purple bleeding hearts,
lips purse into buds wanting to be rescued in a vase.

And isn’t every written page a beveled mirror erasing time
and space as we try to fill in gaps, ponder the origin
of an ellipsis allowing us to feel the coolness
of a moss-covered stump in midst of a clearing glimpsed in a dream?

When with eyes closed, I search for such a place,
I’m swept by a tall wave surging out of nowhere,
before falling back onto an empty page lost
inside a journal. Isn’t it a sort of predestined silence

letting in time regained as words unsaid ask to be heard?
And isn’t this page meant to become a canvas
calling for brushstrokes softened
with linseed oil to redress shapes, play with shades, retrace

one’s steps throughout a mirror etched anew, an awry
glance trying to make sense of a universe of forgotten
codes, signs and deft messages that we learn
to alter, suppress or complement as we recreate ourselves?

There is an inherent beauty in the steps leading to the creation of a poem or a painting as we watch colors and shapes complement each other or we play with line breaks and discover how words draw their own landscape, creating their own inner music. That’s why beauty is never devoid of sensuality, all senses are stirred in its appreciation, as though we could hear the language of the Christmas cactus’ green fingers as they draw purple buds like manicured nails heralding the season better than an almanac.

Beauty is not plasticity but an ever-shifting feeling. We oftentimes appreciate a poem that eludes us if we keep rereading it and if we stare at a canvass long enough a detail suddenly stabs our heart, converting what we might have considered as dissonance or ugliness into a meaningful message. Beauty is that sense of discovery when young deer stare at us without fear as we walk towards them, or start noticing the spiraling movement of the wind in the cattails surrounding the pond or the elliptical pirouettes of our squirrels and chipmunks. 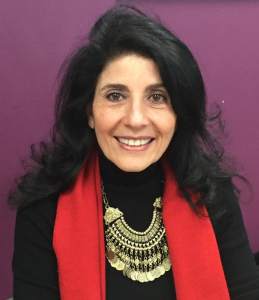