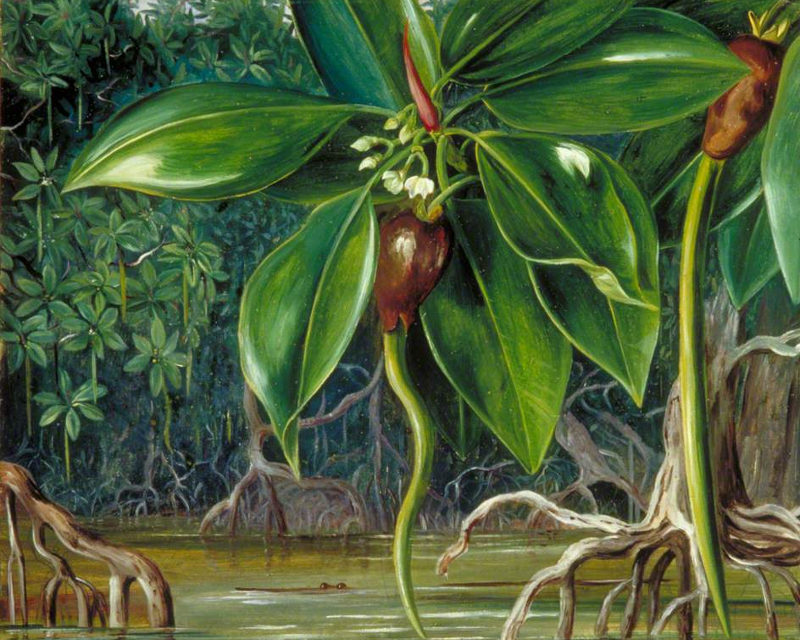 Considering all that I have: afternoon,
autumn light, the stillness most fall
afternoons hold; then consider
a bird stuck inside a pipe,
that too I have.

Searching for the source of a peculiar noise,
I find the cat atop the woodstove, her swishing
tail a horizontal windmill. Inside the stovepipe
a creature that slipped through the cap
and dropped into a narrow trap.

To strike a match would smoke it further up
or scorch it. Either way it’ll die.
Suddenly, that’s all I have.

Igniting a bed of paper and twigs
already set in the open firebox and with a fury—
does it matter if this is more like a dream—
not a phoenix but a scissoring finch,
flies through flames straight to the kitchen.

Cradled in the pocket of two baseball caps,
then swinging the front door open—this happened
last month, now it happens every day—
I free it into sumac,
into grackle trees, into the tempest
of birds beyond, waiting,
full moon faint in afternoon light.

Walking the beach by the Anastasia Formation,
blown rock draped with lichen,
caught in a zone between ocean, mangrove,
pluming spray and wind,
one osprey observing from a branch
horizontal over the lagoon.

We weren’t there to make a life for ourselves;
trespassing beyond sedges, rushes,
grass of a later age,
then finding at island’s edge,
coquina—

abraded, winnowed, fractured—
having it to ourselves
not as vision but as place
all that afternoon.

Invited into her bedroom
I thought I’d compose a poem in the presence
of greatness but nothing came of it;
dove-washed
sky, mausoleum
of mystery, washing bowl set on non-descript
table. I pictured egrets instead, feasting
on tree frogs while grooming caiman backs.

Told not to use a pen, not to close the door,
prohibited from stepping beyond
the roped off area enclosing Miss Dickinson’s bed.
She would’ve been appalled, not by my trespass
but by the uniformity of my hour.

The dreary room woke a memory
of paper napkins
my mother would cut in half.
I pictured the lineup of homeless
panhandlers spaced in a row along the median
strip, but also leaves, wings, a curtain of rain
falling and falling endlessly.

No disarray apparent, no loaded gun nor buzzing fly.
From a window, a dozen flapping geese in formation.
Then two bluejays beneath the roof line.
No muse to spark ageing imagination.

I wonder if these squawking jays descended
from those Emily observed
as she wrote of her wild nights.
The trees in her garden, though,
are so young.

Petrichor rising from damp earth.
At roost a wake of vultures.
The bald eagles in the EcoTarium.

On his mate’s back, the male totters,
helpless to perform the cloacal kiss,
the two eggs unfertilized.

More than a dalliance,
a tarantella,
they continue.

A colony of adder tongues.
A sky of Della Robbia clouds.

When mother fell she bent,
her downfall.
Or it began when her husband
raped her. She said that.
My conception.

I keep waking up thinking:
the water’s rising,
the cat’s locked in the bath,
the ceiling’s collapsed.

This, then, the deaf composer
on stage beating time,
listening to the silence
of his ovation.
His world: ice, water, rock, joy.

Where the river swells it begins,
eagles waiting for last snow.

Perhaps in another tongue there’s a word for finding
one thing when you’re searching for another
as a dreamed child supplants the real child,
as fire appears as wind.

and when stretched out on the dandelioned lawn
if I hadn’t opened my eyes
at the long face of the risen moon
I’d have missed the kettle
of broad-wings disappearing
beyond the ridge tops.

Once I dreamed of all I’d imagined then forgot:
metaphors dashed, poems stillborn.
I wasn’t out to invent one thing as something else.

Rain doesn’t weep. Snow loosening
then falling in cakes from power lines
is snow. This is about the other overtaking the moment.

Spinning skewers of vegetables on the grill,
swarming gnats spin my head toward September’s
wave of nighthawks tumbling from scumbled sky.

Eyeing the panhandler talking up travelers
exiting the depot on Asylum Street,
starlight suddenly limns the neighborhood in fantasy.

Since what I’ve missed is untranslatable
how can I apprehend all I’ve seen
when I turn,
recklessly,
in the same direction?

A curtain of rain, days of sun and no rain, faces of children demanding change, egret plumes, bobcat’s tail, my daughter’s first laugh… 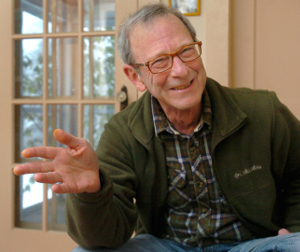 Howard Faerstein’s full-length book of poetry, Dreaming of the Rain in Brooklyn, was published in 2013 by Press 53. A second book, Googootz and Other Poems is forthcoming from Press 53. His work can be found in numerous journals including Great River Review, Nimrod, CutThroat, Upstreet and Connotation. He is Associate Poetry Editor of CutThroat, A Journal of the Arts, and lives in Florence, Massachusetts.