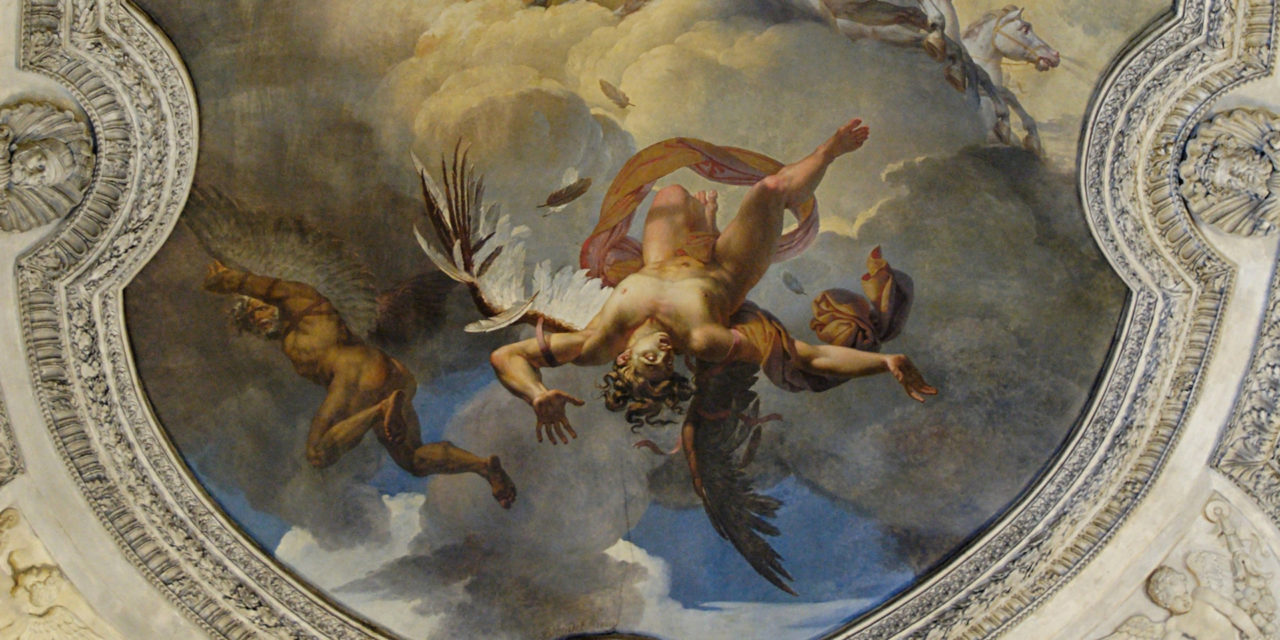 Icarus and the Ugarit Eclipse

Icarus was warned by Daedalus of
Complacency and incessant pride;
He was apprised of flying too high, towards the Sun
And plummeting into Water,

lest his wings melt and burn— wax, and a father’s love.
But like me he wasn’t faithful to the hands
That crafted his wings, the strings that held him above
heartache’s gargoyles.

Instead, I yearned for love that was darker than the Ugarit Eclipse,
Longer than two minutes and seven seconds of darkness.
Icarus, now in Baroque and Gothic artwork symbolizes hubris.

And every time I see you, I think of
Icarus who flew too close to the sun.

Four tea cups lay unattended since Mittag
– On the black, bedraggled table in the canteen.

You and I – drinking each other in—
Slow, dainty sips. Each

tea cup is empty and ready to be refilled
But you don’t.
Instead, you play with it.
Your fingers hold them with dexterity – unforgiving,
Entangling,
Timorously masking the quarks and leptons of emotions camouflaged—
Within the empty tea cup.

The afternoon passes by—
Ophelia, drowning

You don’t finish your tea. Still.
Until–
I drown, with each sip,
In Lake Guatavita.

Riffling through the asemic writings of
Serafini, I am thrown back to my rudimentary state of –
Helplessness
Naked and new-fashioned, taken captive by—
Paraphernalia so vivifying, it led me to
Escape
the neonatal confinement with a jerk-and-drag,
with my head dangling at the edge of the
fluorescent glass surrounding.

How well this translated into a gory dream, I
saw four days back
in a prolonged state of Helplessness

good enough to be lodged in Codex Seraphinianus, chapter six.

Walking down the promenades of my girlhood,
A war-torn republic
I reconnoiter and examine
Ways to –
hammer nails back into scotched parapets,
walling my religiosity;
broken jaws, severed heads,
shamefaced cobwebs,
moth-eaten breads

All that needs to be cleansed.

Someone needs to wash away
streets that once flattered my vanity,
Now,
pocked with doubt

Parklands that only felt the touch of falling petals,
Now,
Refuse
to be touched.

The sinews of my nation, burning.

I relate beauty with mysticism, occult, love, relationships so on and so forth. Beauty is not only the fairness of skin, but also the wrinkles on an old lady’s face. Poetry is beauty that never ceases to amaze me. I fall in love with the art of writing poetry over and over again. Beauty is that, which makes a person happy in dire circumstances. A beautiful heart is more precious than gold and all earthly things that have enraptured people since decades. Beauty cannot be filtered and classified into different pockets. It needs to be felt and cherished throughout life. I’d consider Life without beauty, mundane. 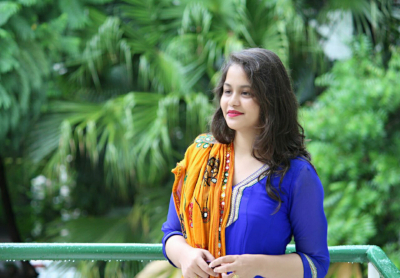 Irtika Kazi is a poet from Pune, India. Her poem “A Call from the Alpines“ was published in YuGen literary magazine. Some of her poems have been selected to be published in The Indian Literature Magazine of Sahitya Akademi, Contemporary Literary Review India, Fragrance of Asia: Asian Poetry Anthology, The Metaworker, an online literary magazine for millennials, and The Sahyadri Echoes, an anthology for Pune poets. Her poems were exhibited in the Museum of Goa for a poetry exhibit. She has performed her poems in open mics and events like The Pune heritage festival 2018 and the Women Writer’s Fest by Shethepeople. She recently gave a TEDx performance in TEDxSUIKirkee, Pune.