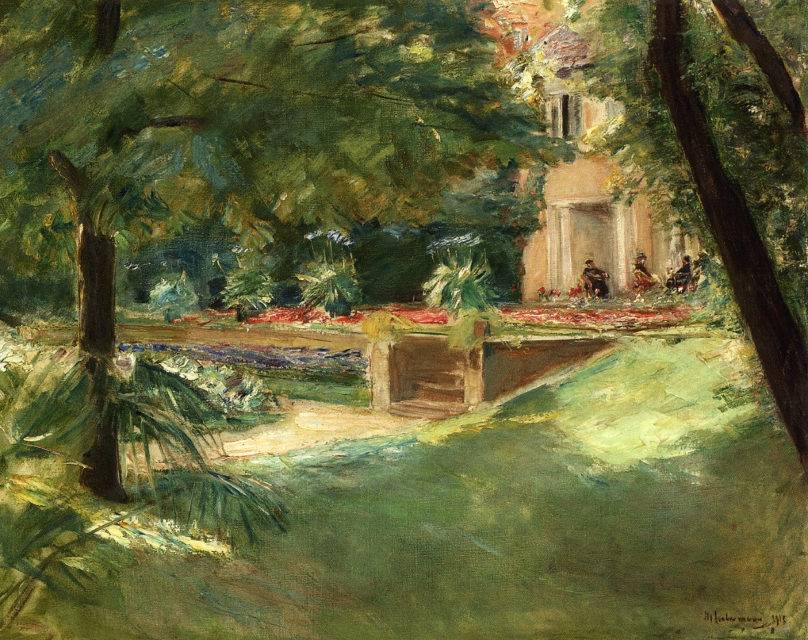 What if I said you were young and beautiful?
You are lined and white whiskered.
The pennies we tossed last summer
have outlasted the wishing water
and grown green in the dry fountain.

You have called yourself a wizened fig,
but you are a mystery to yourself. The fig
is a holder of secrets, the flower blooms
inside the fruit that hangs soft and heavy
as a man’s balls,

Like these, the fig is unlovely, but listen:
The fig tree can have deep roots, up to
400 feet in the earth. It was under this tree
that Buddha was enlightened. Dionysus,
whose name means “friend of the fig”

gave us the sacred fruit, and female worshippers
danced in garlands of fig leaves. Did you know?
Under the right conditions, the tree offers
two harvests—one in Spring, the other
in Fall. A green fig is not ready.

One must wait for the inside to become tender,
to reach its full sweetness. Figs require patience,
before they give their flesh easily.
When the time is right, when they are no longer green,
figs release their milky sap and fall into your hands.

Do you see? You are not wizened but ripe.
Let me make a garland. Dance with me
until we fall in ecstasy, reach enlightenment,
and taste the food of gods. You are not young,
but you are beautiful.

Whales had thumbs once.
The bones are still there,
waiting discreetly
to support
what has become insupportable.

They are intelligent, you know,
and ambitious,
evolving to make the move
from liquid to solid.

I imagine them,
still in pods
whiskered Blues
under a perigee moon,
doing handstands on a shore so new
it remembers the shape of shells
that were crushed
to make it.

Something happens.
Who knows when?
Calamity or dry ennui
ignites the exodus
back to the buoyancy
of salt water.

What is not used, is diminished.
From where we stand, at the edge of the sea
the whales seem small—
flukes lifted like prayer flags.
We stare at the horizon so long
the tide steals the sand under our feet,
and we lose our balance.

On a sultry July night,
when the streetlamps
glowed pink and picked
out mica, like tiny stars in the black
pavement, my brother and I
stayed up past our bedtime to watch
the Apollo astronauts walk on a black and white moon.

At 10:56 pm Neil Armstrong took a small step
into another world. Our portable TV showed
stark shadows and the footprints of faceless men
who spoke in somber voices and brought their
own gravity with them, like carry-on luggage.
Armstrong and Buzz Aldrin took samples, planted
a plaque, a flag, and a message of peace in the Sea of Tranquility.

My brother and I stepped outside
into the honeysuckle scented stillness
as if by squinting hard enough
we might see the shadows of a miracle
on the crescent moon and the hands of those
who had left the earth, waving across time and space,
where there is no sound, and is sometimes so dark and heavy,

not even light can escape. We heard Mr. Gottschalk
mowing his yard in the gloom beyond the circle
of the streetlight. We heard the mower and smelled the gas,
and his keening was high and sharp. We knew
he’d cut the grass the day before, releasing the tang of fescue
and wild onions. But this night he sobbed and mowed in straight rows
from the edge of the granite rocks in his drive, to the white Spirea

that separated the lawn from the Wallachs on the left. I watched him,
a dim shade moving against a blacker darkness, committing a ritual —
all intent and no effect, but to stay in motion, to defeat the gravity,
that finally pulls everything to itself and brings it to a halt.
I was afraid and went inside to find our mother
sitting in her room with the lights off, only the round fire
of her cigarette rising and falling and rising again.

“What’s wrong with Mr. Gottschalk?” I said.
The red ember paused in its circuit,
then resumed.
A breath and it was bright again.
“His wife just died of breast cancer.”
Buzz Aldrin called the landscape of the moon
a magnificent desolation.

A December decades later,
driving home at 6:00 pm
down highway 64, I know that on either side of me
rushes a river I cannot see, its power multiplied by recent rains.
The moon has a face like a clock, without any hands,
but it pulls the churning water. It pulls us too, as we speed toward the night,
over unseen rocks, toward an unfamiliar sea.

What is beautiful is not what is perfect. Perfection is a dead end, whereas beauty is always striving, always alive, always in motion. Beauty is the Incarnation of divinity, nothing less. As with many Incarnations, paradoxically, it often escapes notice. Its asymmetry at times can fool the eye, the mind, and the heart. Everything, every large, abstract idea is contained in the smallest particularity. A quail’s egg holds the Big Bang. People too often skim the surface of life without savoring its textures and subtle changes. As a poet, my task is to be a recording angel. It is my mission to remind the reader, Pay attention. Pay attention. Pay attention. Because here’s the thing, since beauty is always in motion even as it comes into being, it begins to leave. “Death,” Wallace Stevens, noted, “Is the mother of beauty.” A poem is a brief stay against death. It is a fixed moment like a photograph, 1/500 of a second, say, even if it is an epic. Because people die, empires fall (where is Rome now?) but words remain, sometimes all that’s left is the beauty of words in which you can hear life echo. Pay attention. Pay attention. Pay attention. 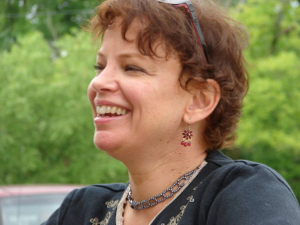 Jane Andrews has a BA in Creative Writing from NC State University. Andrews teaches writing and poetry courses through Duke Continuing Education, and is currently a Writing Coach at Central Carolina Community College. She is Nonfiction Editor at The Main Street Rag and Glint Literary Journal. Recently, Andrews has joined the editorial staff of 3Elements Literary Review. She has earned awards in memoir, personal essay and poetry.