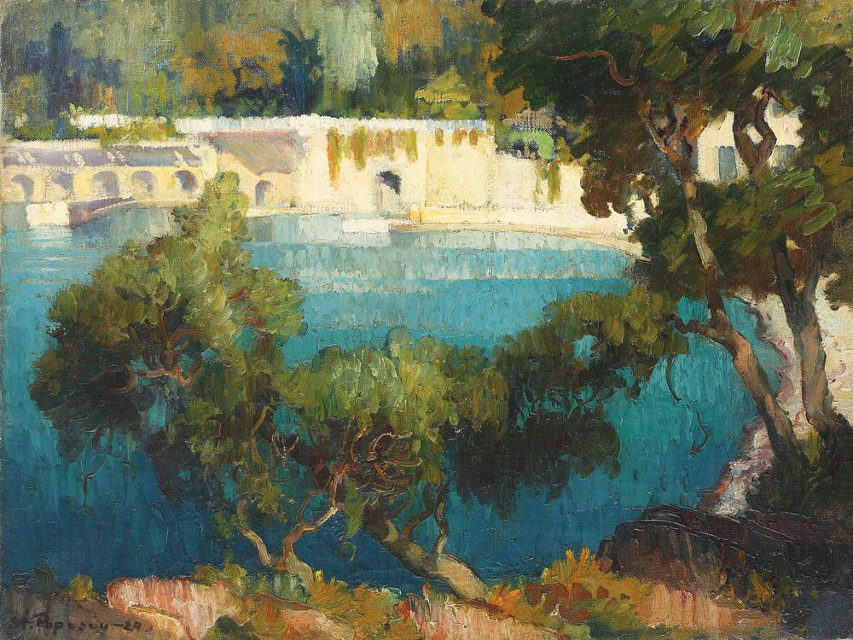 Little whispers of her gentle offerings, left behind in a self-destructive,
demonic baudelairean space of flesh and drugs.

Sensitive soul… survivor in a sharp-edged surrounding:
grasping at an inner golden ring.

Maybe a broom stick fashioned into a famed guitar neck,
with the emotional weight of a child’s Teddy bear?

Surprising classic poetic tonality of sentiments, in this hippiesih soul
Attempting to touch the untouchable.

And in the end..
both artists dying in vapors of opiates and vulgarity of alcohol,

While probably hearing wisps of moments of happiness,
Reconstructed, frisson by nervous frisson, for us…
Secular believers and disciples of beauty in the temple of martyrs…

Who otherwise would simply live and die in the solidity of feverish sweat.

Bad boys… grabbing for survival, in the surrounding flesh
And… in the end, left holding a dream…

Still searching for renewal of the spirit
In the perversion found in the rich manure of the misery
Of unfulfilled quest of an ideal.

The rapid dexterity of his fingers on the frets
Like an escapist image full of floral Scandinavian scent,
Where the ears and eyes of artists, are mere organs of reception:

Like these giant cosmic earth-bound sensors,
Concentrating their parabolas on incalculable atoms from eternity.

Birth of a Muse

Roissy-Charles de Gaulle airport, international departures:
He:” I have been made different by you…”

Intimate whispered dialog…
Somehow feeling irrationally afraid
That the gods would hear him confess the rich complexity of moments with her.

Like these rituals in Provence, when the villagers eat omelets,
Made with slices of rich truffles,
While covering the dish and their heads under a cloth:
So, as to not cause the jealous envy of the gods:

Happiness… has always been a rare commodity… Even for those gods.
And artists, through human passion itself, have earned their indulgence:
Allowing mere mortals, the divine privilege of, once more, tasting last night.

Happiness resurrected from the very soul of the artist,
As he makes possible, through his art, the transference of our own moments:
Through a chiaroscuro, that depicts contradictions of soul;
A watery sunrise, that gives solidity to the nuances of emotions;
A soliloquy, seemingly stating, center stage, murmurs from our heart.
______________

Precious moments from yesterday,
Inspired into a mosaic … stone by marble stone.

And, unlike the scientist, bound by the rational…
The artist… now alone in front of his cooling coffee,
Dares to contradict the order of things…
that time is a cosmic… forward… one-way street.

Deluded, but valiant,
The artist blows on the embers of the past embodied by an invisible presence
Sitting… once more… across from him.

Had she not left for another place, another life, there would not have existed this rationally, unbridgeable void that artists have used as a source of created past reality.

She had always been close to him: A vaporous mist that defied capture since the shy, awkward, high school days. Beauty exists, but demands to be discovered by the artist. Like the passing of invisible soothing hands over his eyes, he is now capable to superimpose passion and creativity over the mundane of this world in an alchemy that transforms mere notes, basic colors and inert words into the language of the eternal. 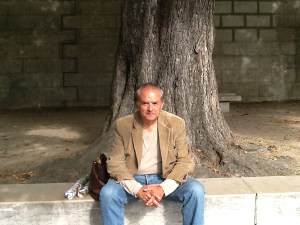 Jean-Yves Solinga has lived between the south of France and Morocco. He holds a doctorate in French on the representation of the Maghreban landscape found in Loti, Gide, Camus and Le Clézio. He has published several books of poetry: Clair-Obscur of the Soul, Clair-obscur de l’âme (in French), In the Shade of a Flower, Landscape of Envies, Words Made of Silk, Impressions of Reality and Artist in a Pixelated World. In his latest, Asymptotes at the Limit of Passion, Solinga brings the infrastructure of poetry as close as possible to the border of reality and passion in our lives. The author has been a featured speaker at the Alliance Française; presented on the theme of Le déracinement (Cultural uprooting) at the International Colloquium: 20th- / 21st- Century French Studies at the University of Connecticut, the Center of the Teaching of French at Yale; The University and Southern Connecticut State University on the use of poetry in language studies; published in Art et Poésie, edited Jean-Claude George. He has featured at the Arts Café in Mystic, and the Bank Square Bookstore. He has co-featured at the Harriet Beecher Stowe Center on the theme of social justice in poetry.