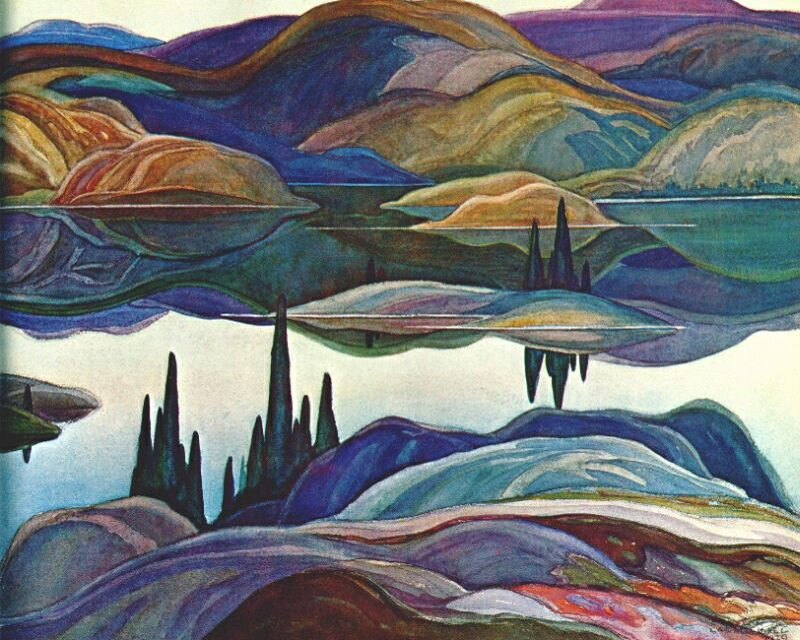 The night of the storm, I promised Ma’ayan travels, a riddle on the road. I found our passports in the drawer. Ma’ayan flipped through the pages of her Menorah-marked past. Unimpressed, but tempted nonetheless by my dare, she scolded, “Not unless you tell me first. Where’s home?”

“Scratch your name here,” I told Ma’ayan, pointing to the white wall and handing her a pen. “Mark the spot.” My wife looked out the window, down deserted Columbus Avenue. “The rain won’t stop,” she announced, certain of the clouds. She said she’d checked the weather. The forecast warned of flash floods.

Ma’ayan froze, glaring at me. “I’m opening wine,” she said.

I followed her to the kitchen. The cork creaked as she screwed, then popped.

“Take your jacket off,” Ma’ayan reminded me. I was still dripping wet. She wasn’t satisfied. “The umbrella?” she asked, pointing toward my puddle on the floor.

I laughed. Ma’ayan’s smile warped. I knew what she thought. I must look an awful mess by now. She’d seen me scattered too many times before.

“Did you see that?” I called down the hall.

“The gods are angry.”

“Not by the window,” Ma’ayan answered.

There were candles scattered about. I lit them and set them flickering around the room. Then I took a blanket off the couch and spread it in the nook. Drumroll, reggae music. Ma’ayan brought two glasses full and the bottle. We sat down on the floor.

Ma’ayan gulped hers down. “Why Rome?” she asked about the tickets, fanning them out to dry.

“You’re rash. We don’t have to leave New York.”

I shook my head and drank my glass to catch up. Ma’ayan took my hand. “Nobody is following you,” she promised.

“If we stay here, there’s a man named Lior. He’ll come looking for me,” I read our fortune. “You have to believe me, Ma’ayan. Wasn’t I right about the mailman yesterday? He came an hour late.”

“Fine. Didn’t I also predict that fire down the street? How many weeks in a row did I say that building would burn?”

“Watch the lights,” I said, reaching for the corner of Ma’ayan’s dress. I tickled her knee. She flinched and seized my hand.

There came another blue bolt from heaven and a sound-breaking boom. The lamps flickered but didn’t go out. Ma’ayan stood up. I asked her where she was going.

“There are more candles in the drawer,” she answered, lighting a match. The room grew yellow, bright and warm.

I brought the tickets to the counter. “Dance with me?” I asked. The reggae fools laughed.

“Yesterday you said a man named Larkson was after you. Today it’s Lior?” Ma’ayan asked, swallowing more than she could drink.

I squeezed and kissed her. She hated me.

When the record stopped, Ma’ayan tidied up. I tried reading a book. Come dinner hour, the bottle of wine was gone. I opened another.

“Not much we can cook,” Ma’ayan said, remembering the poorly stocked fridge.

I brought my guitar to the kitchen where Ma’ayan was cooking. She’d covered the omelet. The pan was steaming. She’d added spices, and the room smelled of wholesome mushrooms. Cheese simmered and fried. I snacked on Israeli sour-crunch pickles, playing all my songs. Here and there I’m sure Ma’ayan laughed.

“Tell me your plan,” she said, stopping me mid-tune.

“We fly via Berlin. I’ve arranged a hostel.”

I sat down at the bar and gave her space.

“Rain’s coming down in sheets,” I said pointing out the window.

I got up and went down the hall to fetch the plastic pail we kept in the closet.

“How do you know the spot?” Ma’ayan asked, watching me set the bucket down near the couch.

“Don’t you hear the flush? The pipe runs overhead,” I answered, pointing up.

“If the pipe bursts, I don’t want to pay rent any more.”

“We won’t pay if we leave tomorrow. That’s the idea, Ma’ayan, We’ll disappear.”

We hurried to get cozy on the floor.

We sat cross-legged, our backs against the sofa. The cascading curls down Ma’ayan’s dark neck drew my gaze. I kissed her there, softly.

“I see the future. Have I ever been wrong?”

“Your book burned, Harlan. Nobody will find your poems.”

“Think back to September. I kept telling you the towers would fall.”

“You had a premonition, nightmares. That’s all.”

I felt ashamed. “I didn’t believe,” I answered, finishing my wine. “People would think I’m crazy.”

“Where did you get the olives?” I asked.

Ma’ayan fussed my hair. “You need a shower,” she said.

“No time now. There won’t be any water when the lights go out.”

We set up. The eye of the storm was passing overhead. The rain had stopped. Outside there was a green glow in the clouds.

The dice fell exactly—three twos, two fives.  She wrote down her score.

“I’m sunk on ones,” I predicted. The dice fell as I’d pronounced.

“Let me guess this round,” Ma’ayan said. “I’ll roll threes.”

“If you fill that pail up and trick me—” she warned, pointing a finger at my chest.

“I’ll take every bet, Ma’ayan. The ceiling will burst.”

“Isn’t there anything we can do?”

I shook my head. “Not until tomorrow.”

“If you know the pipe will burst, try to stop the leak. There must be something we can do.”

“There’s nothing. Old pipes leak. Ours are old.”

I rolled three sixes, the Devil’s own.

Ma’ayan stood up. She put on a jazz record. Horns tensed a sweet rhythm, swinging low, brassy blues. “Harlan, you’re no fun,” she said, returning. “Love is all coincidence, but you leave nothing up to chance.”

“What should I do, Ma’ayan? I’m patient. I know you’ll come with me to Rome.”

“You’ll wander. We’ll both wander. We won’t stay there long.”

“Will we always be running?”

The lights went out. The record slurred to a stop.

Our eyes adjusted. The candles flickered in the dark. Ma’ayan snuggled in close. I kissed her forehead. I held her breast. I counted seconds aloud. Ma’ayan closed her eyes. She was tucked in my arms. Tucked in to sleep. The ceiling streaked along a seam. The paint tore open. There was a drip in the bucket. Then another.

Our concept of beauty stems from our consciousness of the passing of time. The five senses guide us through our days and every so often a composite image, person, or scene has the capacity to activate our emotions and blind us with desire. This is confrontational and often fleeting beauty, the kind that challenges us to reach for and posses the object of our affection. We long for the future we imagine with such beauty at our side. Grasp and hang on to a beautiful aspect of life for any length of time, however, and your sense of its power is bound to deepen as memories enrich your experience. In that sense, beauty is a mirror offering circumference reflections. These lines from my work in progress, a novel about a man who can see the future, (from which “Tucked In” is an excerpted character study) seem relevant: “Ma’ayan looked up at me, testing the truth of my smile. I can’t describe her beauty. Not when her heart flashes rare rose.” 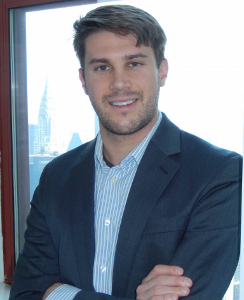 Jeffrey F. Barken is the author of All the Lonely Boys in New York. Based on the unsolved terrorist attack that damaged the U.S. Army recruitment center in Times Square, March 6th, 2008, this gritty political thriller suggests a conspiracy among former Marines and portrays the beginning of the global financial crisis in New York. Uniquely, Barken’s short story collection This Year in Jerusalem, plants the seed for his novel, launching several reappearing characters in a series of inter-connected travel-inspired shorts. For both projects, the author collaborated with Irish artist Diana Muller to illustrate his fiction.

Barken is the founder and Chief Editor of Monologging.org. This colorful publication and small press connects writers with artists around the world, encouraging collaborative multimedia projects and providing regular arts-related reporting. The author received his Bachelors in English from Cornell University. He also has a Masters of Fine Arts in Creative Writing and Publishing from the University of Baltimore.

To view a book trailer for All the Lonely Boys in New York, and to explore more of Barken’s fiction, visit Jeffreybarken.com. Follow Barken on Twitter @JeffreyFBarken.