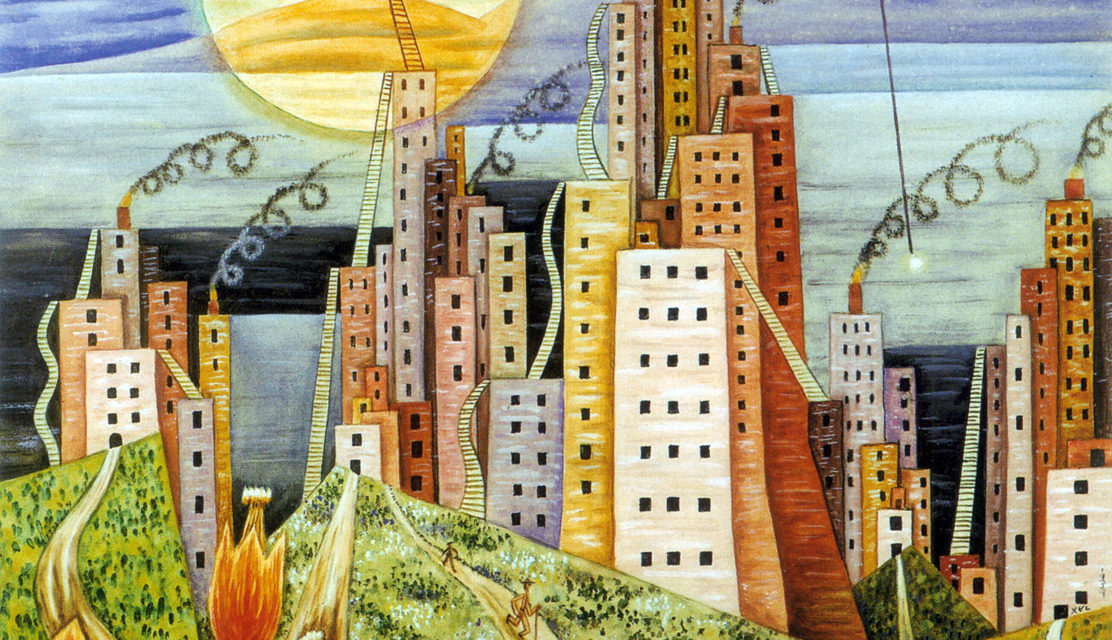 April. The moon takes a knee
on a rooftop. I look
at my new city’s blue collar skyline: the silos
and grain elevators of Buffalo.
Something about them, this site, seems
familiar, even though this is
my first time here. A breeze kicks up
a cloud of concrete dust, soot, and dirt,
which reminds me of my Nonna Ida, dead
for a decade last week. These silos are her
English: broken, yet persistent,
never to be denied or dismissed; the sweat,
the honesty; the striving of those who work here
building a house in my mouth.

Now that bagpipes have played
Amazing Grace twice;
now that white, red, and yellow roses have been placed
on top of my uncle’s casket;
now that an American flag has been folded
and handed to my aunt by two tall, baby-faced Marines;
now that the sun has a lump in its sore throat;
and now that the GPS has redirected my spouse and I
towards Albany; the trees on both sides
of the interstate in vermilion
and goldenrod breeze, speaking softly
as we pass them; I sigh
as clouds gather like family.

Walking to Three of Cups with Nicole Santalucia

The loud, nasal honk of a cab
tastes of melted vanilla ice cream, toasted
curried coconut, and chocolate chips
as it runs a red light. Then I see
a large, meaty, and cracked palm of a hand
with a Neon green card: a dance club
with a 1980’s music theme, happening tonight
in the Lower East Side. It’s a nice night to
start again, said a squat, bald man
in a skin-tight, crimson, sleeveless, Champion
Muscle Tee shirt. Nicole smirks and says, “Who is
this guy? His face was made
for radio. Or podcasts.” I put the card
in my knapsack, elated
to be in my hard-nosed hometown again;
to be walking and talking with Nicole;
to be with a friend; to have one. We cross
the street; my eyebrows and neck,
slick with sweat and the city platinum,
swagger, glam rock and roll, and moonlit bliss.

For me, beauty is ubiquitous, and felt at least as much as seen, if not more so. It is the stuff of stoppage and revelation. It is anything or anyone that makes me cease what I am doing, take notice, and become awash with joy, intrigue, allure, wonder, and admiration. 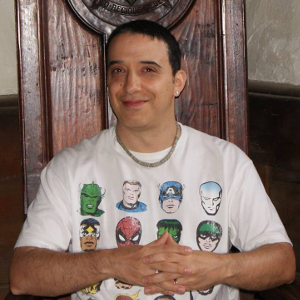 Joey Nicoletti’s most recent books are Reverse Graffiti (Bordighera, 2015) and Thundersnow (Grandma Moses Press, forthcoming 2017). His work has appeared in many magazines and anthologies. A graduate of the Sarah Lawrence College MFA program, he teaches at SUNY Buffalo State College.