How approach the indefinable?
With kindness, I think. Everyone wants to be
treated with kindness, for to be kind levels
the playing field. None rates higher than another.
Nor are any lowlier.
Yet kindness—
even kindness—has its dark side, just
as the moon, that good-natured, forthright outlier,
displays a dark side. Beauty and the Beast,
tangled together, remain separable
despite being one.
Man & wife, brother
& sister, brother & brother, sister & sister,
man & man, woman & woman, deity
& mortal, we pair ourselves up like partners in . . . what?
Opposition? Yes. Allegiance? Yes.
Rebellion?
Always in rebellion, as
no one entity can ford the rough river
or lasso the panicked horses racing in the ring.
We, like horses, live in a field outside
which other fields abut or contradict,
as Niels Bohr said,
thinking of the principle
of complementarity, fruitful in both
physics and philosophy. We might
say that we can see two sides to
everything, separate one from the other,
and still make a whole of both:
both Beauty and
the Beast-who-frightens-us-but-should-not
because he is simply the other side of ourselves,
the indefinable lusting for definition,
kindness a flowering lily of the field,
the red rose bruised but only by the wind.

Creativity in the Open Air

“. . .the hilaritas—’cheerfulness’—which is to be found in any really great and free intellectual achievement.”—Dietrich Bonhoeffer

He learned the importance of not being earnest
from Beethoven, Bach, Mozart, Goethe, Schiller
but did he think the artist manufactures
blithe comedy for the sake of an audience?
Never. He understood hilaritas springs
from gravitas, the artist’s hard-won command
of tools and technology, even when
technology is punctuation. Art
releases artist into freedom, where
the master can play, explore, design, and shape
her capabilities as she will—and won’t
she laugh for the fun of it, the fun of work?

The air the artist breathes uplifts like prayer,
supporting the mythical kingdom in the sky.

Looking For God, With a Line by Richard Wilbur

“We are to find God in what we know, not in what we don’t know.”
—Dietrich Bonhoeffer

The spectacular advance of science
in his time—and in his family—
did not disturb a pastor who took so
much pleasure in the things of this world.

He loved the warmth of sun on his skin,
“reminding me that I’m a corporeal being.”
Eighteen months locked up in Tegal Prison,
he must have felt himself incorporeal,

a man without existence, ghostly as
a candle sputtering out, the wick drowning
in a mini-pool of wax at the candle’s base.
A man of no consequence, ineffectual,

he thought, but kept on writing anyway.
When he wrote we’d not find God in what is not
already known, he meant that science is not
where we should look, that God is in the day

and night, the everyday and everynight,
the air we breathe, the ground on which we walk,
the flame with which he lit his pipe or smoked
a cigarette, the rain that fell too often

outside his window, where he watched the leaves
changing as the seasons changed. Enjoy
the earth, he said again and again,
and in so many ways. Look for the light,

he would have said as light sank into twilight.
Be alert to birdsong. To the child who will become
a member of the adult human race.
These things we know and in them we find God.

Or he did, though I do confess that while
I do not find God there, I find a world sanctified
by the teachings of Jesus Christ as did the pastor
who prayed to be outside and within it.

“. . .what can’t be changed must be accepted with a sacrificium intellectus, although the sacrificium is not quite complete, and the intellectus silently goes its own way.”—Dietrich Bonhoeffer

The intellectus seeks a way out
whether body can follow or not.
It craves escape. It wants to think
about something besides being in prison.

It thinks of mountains and meadows, of
sweet spring water and cooling off
after the afternoon heat dies down
and a lengthy day turns into evening.

The intellectus searches a star-scarred night
remembered and dreamed long ago,
looking for a place from which
to study light and blackest darkness.

It finds a nook behind a planet,
curls up as if to sleep then thinks
some more as that is all it can do.
Nevertheless, it’s free and safe

and can think whatever it wishes to. 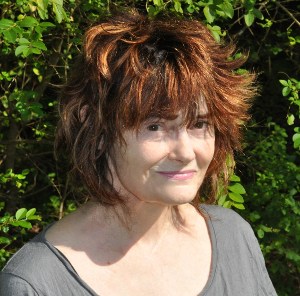