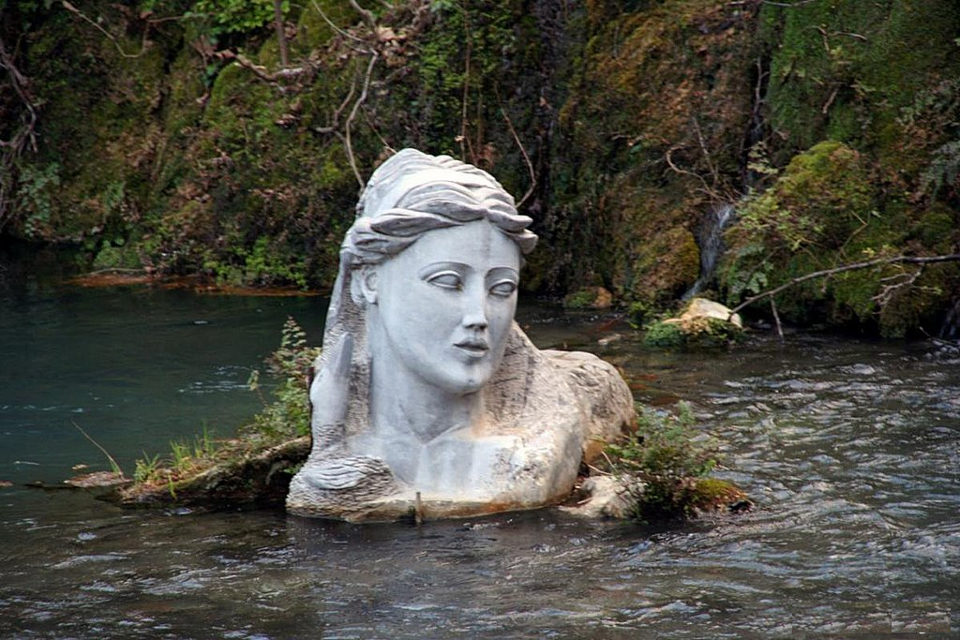 It was one of those army surplus jeeps,
World War II vintage, the kind you’d see
advertised in the back pages of comic books.

99 bucks, unassembled, crated to the Colonel’s
house, for his son who built it from the ground up.
The son, a senior in high school, who shared

his father’s military bearing—buzz-cut,
axle-straight, nothing surplus about them,
and like the jeep, built for combat terrain.

to the most level and pristine football field ever,
all the more pure for its lack of bleachers and fans.
To get there he had re-trench the rutted road,

10 of us crammed in the uncapped windshieldless
jeep for the 20-minute scuttle to play.
If I had to describe it now, at this very moment,

I’d say it was as choppy as the final presto
movement of Shostakovich’s 6th symphony,
written on the eve of war. I say this, watching

my daughter on the far right of the stage
(the world stage) scraping and slapping her bass.
A ride just as perilous as our jeep run.

We had no equipment other than a ball,
no goal posts beyond the perfect hedgerows.
It was to be a game of touch, but it was always more.

It’s only now—as I ride out the vertiginous music—
that I recall the huge fenced-in farm tract
along the path, with its put-to-pasture racing mares,

and dusty oval where their offspring were pushed
beyond endurance, prodded, poked, whipped
into a froth of speed. Or the unshorn lambs,

floating like rain clouds over the hillside,
their twig-legs an undecipherable scrawl—
that if it spelled anything, spelled for us

the littleness of everything but the bump
and grind of slipping gears and our destination.
Which was, I learned years later,

the back lawn of a secret Mental Hospital
that catered to children of the international
rich and famous. Which explains those perfect

striped silhouettes in the huge barred
casements, above our huddle, shifting when one
of us went long or button-hooked. And once,

following a wild kick into the pines,
while the others horsed around by the jeep,
I saw her—the steel magnate’s vision-prone

she already had all the others—after
her third series of electroshocks.
I know this to be true now, though

I could only intuit it then. For there is
always the wild ride back, tossed
and jostled, nearly ejected from the jeep.

There are two voices, the man behind
the mic and another from some unknown place.

Fitting that the man talking about Rumi
tells a tale about Joseph, handsomest of men,

according to Mohammad, the only possible gift for him—
a mirror, so he could gaze at perfection.

The other voice indecipherable, disembodied
or embodied in the bones of the stone columns.

Must be feedback from the speakers, police
dispatch or college radio DJ reading copy.

I seem to be the only one hearing multiplicity
instead of unity. Rumi,

the great poet of the ahah moment…
No, it’s someone’s stomach growling, I decide,

The man in front, the woman beside,
why not, amid such pangs of spiritual hunger?

halting to bow right before her head
detaches from her body. I learned

how to dance by thinking of You, she says.
But the enigmatic voice remains

as others join her revolution.
Tambour and Daf assemble,

a reed flute hushes them.
Cut from the salt marsh, Rumi sings,

longing to reunite with its source. It’s then
I recognize the other voice—crib cries,

babble and coos through a baby monitor—
an infant crooning for her mother.

Sniffing Incense During the Dormition of Mary

Mary’s taking a long nap
before God swoops her up
intact to heaven.
But all in good time.

nostrils and sniff the incense
letting the hot box vapors
swirl and then jackknife
deep down into my lungs.

To the Poetry Student Who Would Not Become Famous

You brought a snake to class.
It was tiny, not much longer
than the span of a grown man’s splayed

fingers, thumb to pinky. Your hands, though,
were small and delicate as you deftly
un-bunched the suede pouch you kept it in,

the handouts I was sending around.
Your poem was first in the stack
and you read, your voice deeper

you petting your snake,
the whole time, stroking its single row
of scales, rubbing the spot

where its hot pit would be
if it were venomous.
You would have multiple piercings

and a sleeve of tattoos
had you been born a decade later.
Back then your classmates, including

the student who would became famous
took the easy way out, complying
with your poetic demand, as I let them

shred your words, bash them,
slough off your suit as well as the sound
impassioned argument of the snake.

Sometime, sooner or later you’ll have to make this journey. You might think that you have no clue where to begin, but you do know, you’ve always known the place. You might have read about it in Pausanias, who traversed the whole of Greece, mountains, plains, and seas to find it—what he called the Oracle of Trophonius. But that was his, not yours and you can’t just repeat his descent, with all of his inhaled forgetfulness and stiff-necked sentries, and then lunging head-first into the cave’s tight hug. He survived, though barely, which is all you can expect—the bewilderment that persists long after your return.

Finding the place to begin the search is the hardest. What’s certain is you’ll stumble in, caught off-guard, perhaps be shoved. It might take wine or sex to throw your kilter off, or being fired or breaking up, anything to evict you from ease and succor. You’ll feel like hot glass thrust into the glory hole.  No doubt you’ll melt, become pliable, expand with a breath not your own. But that’s what beauty gets you: you will not shatter, and once your life returns, you’ll recognize others who’ve gone before—a glint in their eyes, pleas not to press for details. Only what survives and can written down, which is in itself a another descent. 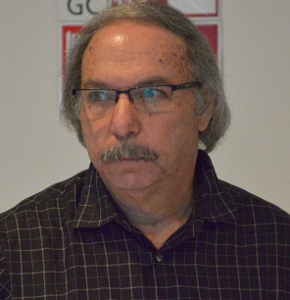