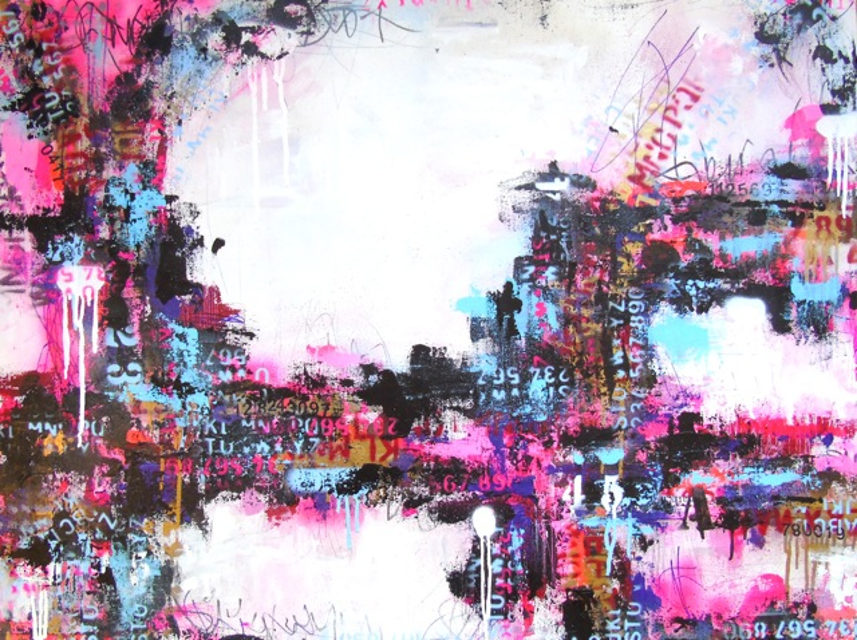 Erik was hoping we’d get there before dark, but night falls fast when you are running to beat her. 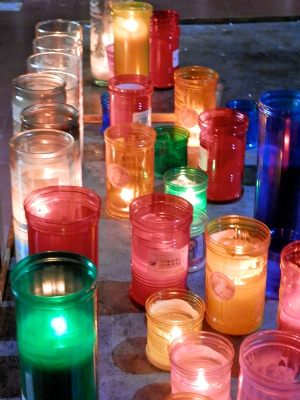 Daylight slipped away under the far side of the city skyline, even though the bike taxi drivers pumped their spindly legs as swiftly as spinning fan blades. I did hope briefly that our poor sod wouldn’t have a massive coronary from the weight of this well fed gringa, but my mind moved quickly to more pressing matters, like whether the speeding buses playing chicken would swerve in time to save me. 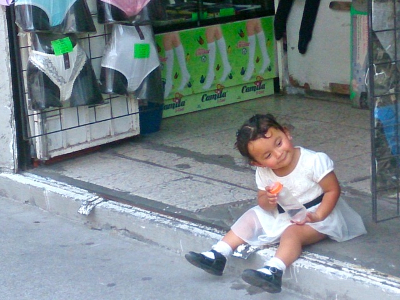 We careened through screeching traffic and the wood and cardboard glued to wheels in which we were captives veered side to side and toward the gutter like an awry bowling ball. 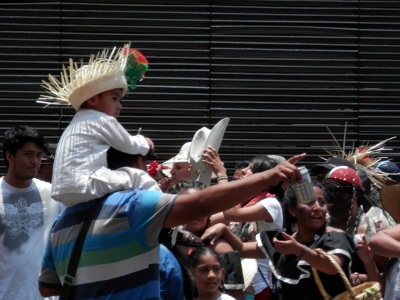 We scramble out of the precarious little wheelbarrows and toss the drivers a handful of pesos in bills. We were at the water and the boats held out their bows to any coins we might want to get rid of, but we said no, gracias. It seemed unwise to float so late into Xochimilco, into the starless beyond. Mexico City’s smog hung low even here at the south end of the map, you could reach up over your head and pull it towards you like toxic cotton candy. Our throats felt scarred already from only a few days of noxious clouds, but the way the fumes held the night at this hour made the sky look violet. 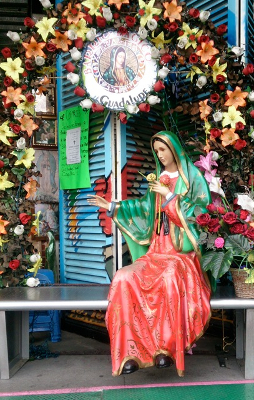 Erik is telling us we’ll get used to the suffocating air and I say I don’t think that’s something anyone should have to get used to. On the upside, the winter weather is exquisite, breaking a slight sweat mid-day and now needing a wrappy scarf or a light jacket.  At the side of a crumbling wall, I see six orange kittens huddled atop a maybe lifeless mother and spring a tear to see someone has left an empty take-out Styrofoam with water for them. I think of my orange cat back home with two nannies and a lifetime supply of tinned tuna and catnip. In case I don’t make it home. 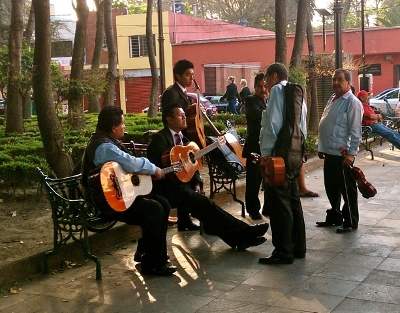 We roam into sloping alleys greasy with fish guts and the beckoning smell of chilies carbon, following our noses to a barbecue truck a few feet from the water. Gnawing on bones and hot peppers, we think about the last fifteen years, we reminisce and agree we’re all glad we’re not twenty anymore. Erik is still hungry and brings over plates heaped with flowers and a cool, grey-blue putty thing. It’s Aztec, he tells us, handing us plastic forks. 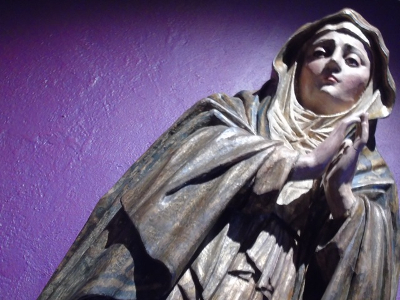 Waiting for the bus back to his place, there are fireworks going off over our heads. It’s a fitting illustration for the overwhelm I’m feeling, and also a metaphor for the everyday life I tried to step outside of, the one where my thoughts and ideas run hog-wild through the night. First whistling sparklers, with their jazzy whoo hoos fizzing and fuzzing about just overhead, and then the crackling and the volcanic boom. 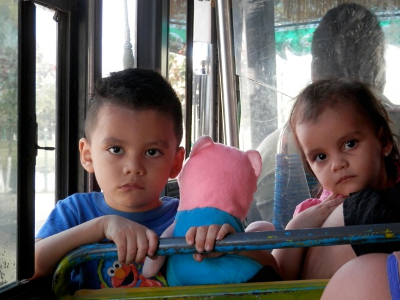 It is absurd, here, parked on pavement, on concrete, waiting for the blue bus, to be the centrepiece of fireworks. Is it a holiday or some kind of team win, I ask Erik innocently and he grins. It’s always a holiday in this part of town, he laughs, because here there are a thousand saints. At least two for every day of the year. 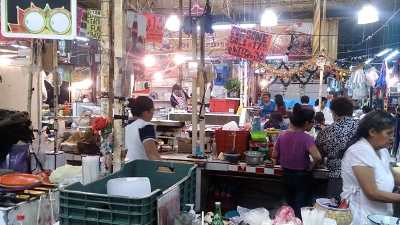 Long lashed children are running by barefoot, throwing candy at each other. They are as beautiful as stars, or horses.

Like so many other fledgling writers and artists, in my youth I was forever moved by Leonard Cohen’s poem, “Suzanne.” I wanted to be her, to be the one who showed others where to look for beauty in the garbage and the seaweed. Because I saw it, too. More than three decades later, I am still blinded by the beautiful in chaos, in clutter, in the flawed, the noisy, and the broken. I do believe that beauty is also exalted: the gifts of nature, of classical music, of human striving for an aesthetic ideal are indeed sublime. But they are only half the story of beauty: the other half is the story of trial and error, of discordant juxtapositions, of errant words, of poignant absurdities, of profound sorrow, and of making do. Here is where we often find the flavour, the connection, the triumph, the colour, the texture- the very qualities of soul. 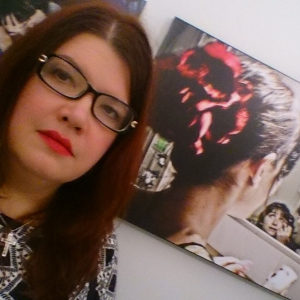 Lorette C. Luzajic is an artist and writer in Toronto, Canada. She is the editor of The Ekphrastic Review, and her art and writing have appeared in numerous journals, magazines, and websites. Visit her at mixedupmedia.ca.