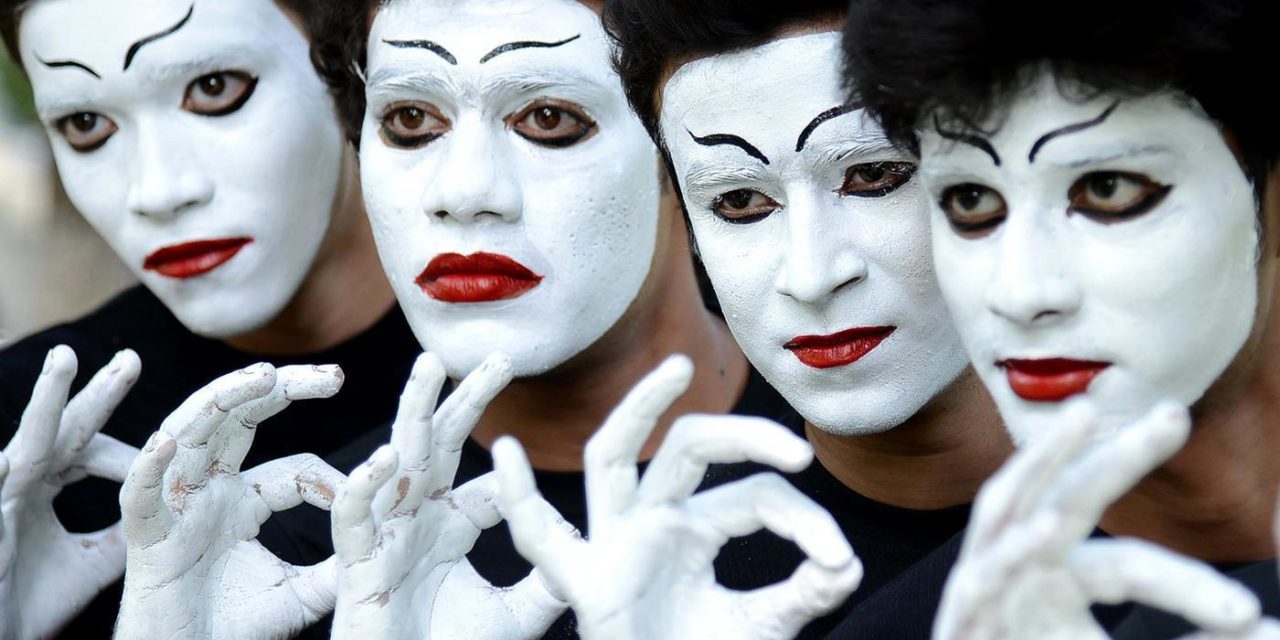 Rounding up the Mimes

They shunned the suburbs, trailer parks and farms.
Somewhere they had their silent neighborhood—
for who has ever lived next door to mimes?

Wherever they did live, they paid their taxes
from pocket change, obeyed our traffic laws,
and turned their radios down very low
so passers-by would never hear their songs.

Lacking identifiable positions
on anything important, they seemed…“Swiss.”
White face paint hinted at a racist past.
When tabloids called, they never would deny
connections with the Mafia or Roswell.
At the French Embassy, a mime was hung
by his suspenders as a mob denounced
Marcel Marceau; some vigilantes smeared
a mime with bacon fat and chicken feathers,
then left him flailing by a KFC;
kids trapped another one inside a box
of glass for days—and told him to “pretend
to eat a sandwich.” For their own protection,
all mimes were taken into custody.

We watched as they were crowded into vans,
still gesturing with pouts and outstretched palms. 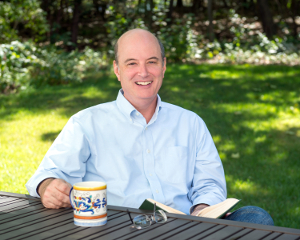 A.M. Juster’s poetry, translations and essays have appeared in Poetry, The Paris Review, The Hudson Review, The New Criterion, Arion, North American Review, Rattle, Southwest Review, Barrow Street, Hopkins Review and many other publications. He has won the Howard Nemerov Sonnet Award three times, the Willis Barnstone Translation Prize, and many other awards.

Rachel Hadas selected his first book of original poetry, The Secret Language of Women (University of Evansville Press, 2003) for the 2002 Richard Wilbur Award. His other books are Longing for Laura (Birch Brook Press, 2001) (selections from Petrarch’s Canzoniere), Horace’s Satires (University of Pennsylvania Press, 2008), Tibullus’ Elegies (Oxford University Press, 2012), Saint Aldhelm’s Riddles (University of Toronto Press, 2015), Sleaze & Slander (Measure Press 2016), and The Billy Collins Experience (2016). His book in progress is The Elegies of Maximianus (University of Pennsylvania Press, anticipated fall 2017). He is currently translating Latin and Old English versions of the phoenix myth as well as the poems of Middle Welsh “proto-feminist” Gwerful Mechain.

A graduate of Yale and Harvard with two honorary doctorates, he has been a Father Walter Ralston Fellow at the Sewanee Writers Conference and has taught formal poetry at Emerson College and the Frost Farm Poetry Conference. He is a regular contributor for The Claremont Review of Books and Boston’s WGBH public television and radio. He serves on the boards of the National Alliance for Hispanic Health and the Association of Writers and Writing Programs. Twitter:@amjuster.

“Rounding Up the Mimes” first appeared in North American Review.