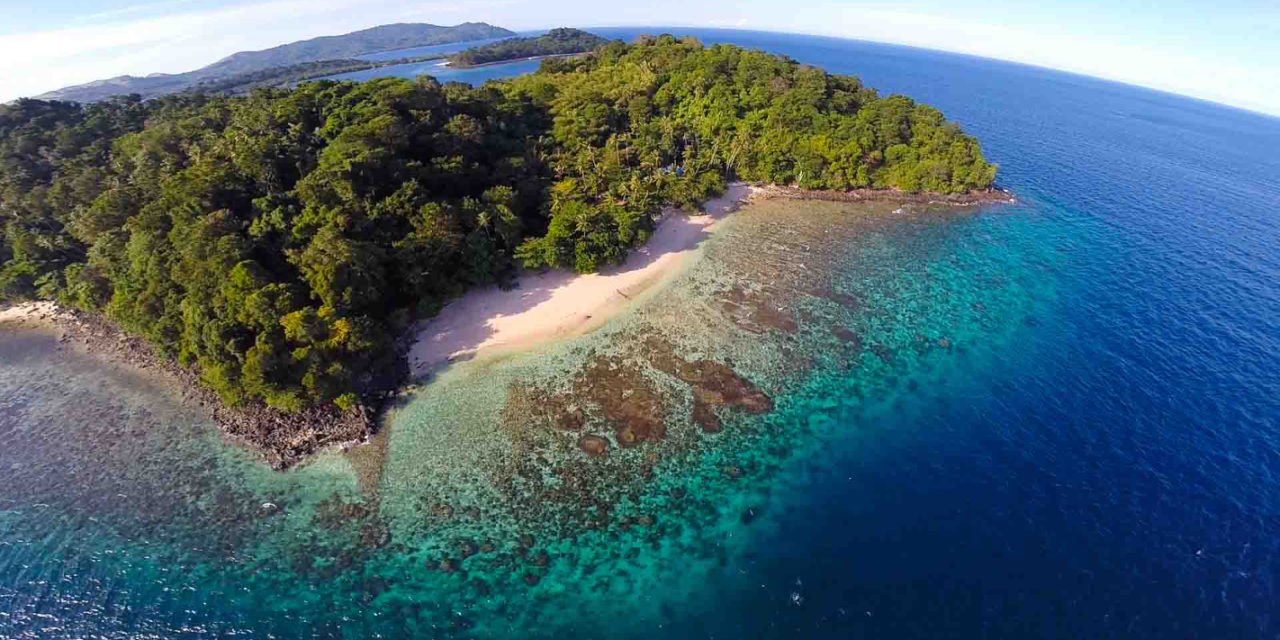 The Fishermen of Dragon-Tooth Beach

We anchored the rowboat and waded the last hundred yards ashore. The water was barely above our ankles, but we had to pick our way through a miniature forest of mangrove shoots five ten fifteen inches high, laid out like a tank trap between us and a narrow wedge of sand.

High on the beach four fishermen were stowing their gear. Their boat was drawn up almost to the tree line. There was a narrow road between the jungle and the bay. A fifth man came out of the jungle and joined them. They stopped what they were doing to watch us negotiate a path through the mangrove cones.

The girl slipped in the thick gray mud and I reached out instinctively to steady her. Feeling my hand on her bare shoulder she jerked away, almost slipping again. We continued forward in silence. There were no birds and the sea behind us was dead calm. The only sound was that of our feet squelching and glooping in the mud. The girl’s legs were plastered blue-gray to the hem of her short sarong. The girl made the beach and I followed her.

It felt strange suddenly to be walking on sand.

We walked together up the sharp incline of the beach. The girl waved and one of the fishermen waved back. They had been rolling nets into tight cylindrical bales. One of these bales was already stowed in the back of a two-wheeled cart. The cart could be pulled by a donkey or pushed by a man. The others were folded, waiting to be rolled. The men were either bare-chested or had on unbuttoned sun-bleached shirts. They all wore torn mud-stained shorts. To their right, our left, was a raised pallet of bamboo poles, shaded by a palm leaf awning. A boy sat there, swinging his legs and smoking a cigarette. I hadn’t noticed him until then, but he smiled at the girl.

Now that we were up close I could see that all the men were smiling. We exchanged cheerful hallos! and the man who had waved shook our hands. He looked sixty but was probably ten years less. His forehead bore the welts and discolorations of many hours and many storms at sea. At his hip there was a sheathed machete with a wooden haft. He nodded and grinned and said something to the others. They all laughed and came over and shook our hands. They were all very impressed with the girl. I don’t know if they had ever seen a very beautiful, very tall blonde woman before.

My god, I thought, they are all so happy. Here they are, stowing their gear for the thousandth time and so obviously enjoying themselves. And would be even if we hadn’t come along. A thin breeze tugged at my polo shirt and rustled the banana leaves.

The girl was talking to one of the other fishermen. He had two large suckerfish scars on his chest that put me in mind of the marks left by limpets on a rock. He was very handsome and had the dispassionate eyes of a man more used to looking at large expanses of sea. While he and the girl were talking the older man went and fetched two green coconuts from a small pile by the roadside. He came back beside us and grinned. When he unsheathed the machete I saw that it was straight-ended, like a cutlass, and almost black from salt air and much use. Having prepared the first coconut for drinking, he gave it to me and I automatically passed it to the girl. She turned briefly and shook her head. He used the machete again, a sequence of swift economical hacks, and offered the second coconut to the girl. She smiled very brightly and then, looking down at this strange object in her hands, laughed, and all the fishermen laughed too, the cigarettes clamped between their teeth vibrating like tuning forks.

I lit a cigarette of my own at looked back at where we had walked ashore, The watery mud was a flat gunmetal gray, cleated with those obscenely exposed mangrove shoots. In our boat, completely beached now that the tide had receded several yards further, I could quite distinctly see a man and a girl. The man said something and the girl threw back her head and laughed. Her hair flashed in the shallow-angled late-afternoon sunlight. Then she leaned forward and put her arms around the man. I turned away quickly, and when I looked back they were no longer there.

The girl, this girl, had put aside her coconut and was smoking one of the fishermen’s cigarettes.

There are two distinct classes of beauty, which I would catagorize as Aesthetic Beauty and Natural Beauty, examples of the latter being a sunset or a rose garden, or a spider’s web covered with frost or a pretty girl on a tropical beach, and none of which have any necessary connection to aesthetics, assuming that by “aesthetics” we specifically refer to the philosophy of art. But I would further subdivide Aesthetic Beauty into Found Beauty and Created Beauty, and it is these two aspects, and the relationship between them, that shed some important light on the creative process – specifically in respect of poetry and short fiction, and, more specifically still, the poetry and short fiction I have been working towards all my adult life.

Found Beauty consists in the artist (I use the word “artist” in the broadest sense of the term) discovering Aesthetic Beauty where no aesthetic response was intended and, in many instances, where hardly any other person would discern any beauty at all. The best example I can give to make my point is the slum area of Chunliu, which is one of the poorer districts of the city of Dalian in North-East China, where I lived for eight years. I never tired of walking through the area, and its dilapidated tenement blocks with multicolored washing hanging from balcony railings and external walkways – even the grim entrance halls with a few peeling stickers visible in the gloom of concrete stairwells – produced in me the same degree of aesthetic response that another might receive by a walk through the galleries of The Louvre. That is Found Beauty (or at least one striking example from the tens of thousands I have seen in my life so far) and I think it is superior to Created Beauty in that it is entirely subjective and therefore completely “belongs” to the artist in question – a painting by Titian or Raphael is almost uniformly admired by everyone who sees it, whether they themselves are artists or not.

This is not an aesthetic theory: with only 500 words to play with it is merely the synopsis of one. So I must swiftly cut to the (for me, absolutely necessary) connection between Found and Created Beauty, and it is this: To witness Found Beauty, which is subjective, and to use it as the basis for Created Beauty, which is objective, thus creating in the appreciation of the reader the synthesis of both, is the absolute prerogative of the artist. And it is an extraordinary prerogative, because to create such a synthesis seems, each time one does it, as rare and significant as when Wallace Corothers synthesized nylon. But if you, the reader, can see what inspired me, the writer, to write what you’re reading, and see it like I saw it, thus seeing the Found Beauty through the prism of the Created Beauty – then that is Aesthetic Beauty. And apart from a properly argued 10,000 word essay, there is nothing more to be said… 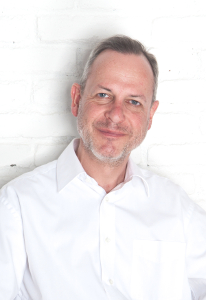 Born in London, Michael Paul Hogan is a poet, journalist and fiction writer whose work has appeared extensively in the USA, UK, India and China. He is the author of six collections of poetry, the most recent of which, Chinese Bolero, with illustrations by the contemporary painter Li Bin, was published in 2015.