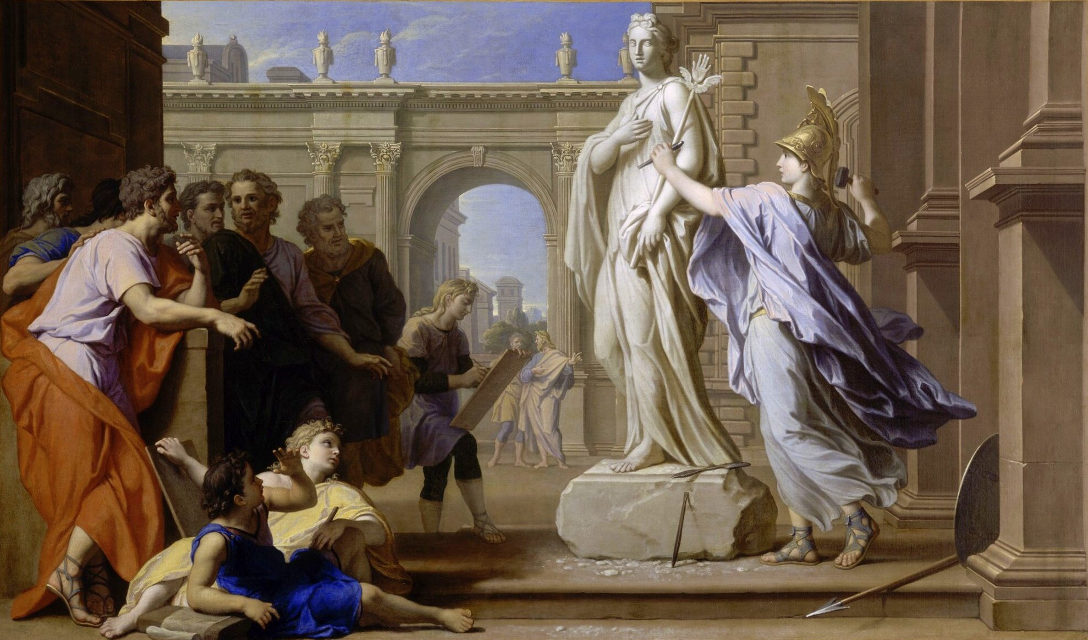 The Stars in My Son’s Room

During the bedtime ritual with my son,
I charge the phosphors by flashlight.
In the sudden dark after switching it off,
we study the green stars on the ceiling.

We connect one slow fading to another,
string a glowing net of our private myths,
first inklings of a story we write together:
house, giant pencil. I push my imagination,

locate a dolphin, a man sleeping in a mine cart.
I think back to a hike, a bachelor party of sorts,
three friends walking the mountains to celebrate
our earthly devotions. By night we reached a ledge,

looked down through thick limbs of bark
and blackness. Between sliding cloud shadows,
hints of moonlight glinted like a stream, white forms
gliding over an oily shimmer, distant spirits

seeming to freely float between worlds. Even as
my eyes resolved onto the river’s rush, saw the spirits
for the reflected light they were, I gleaned connections
between breath and each celestial trace, my friends

bound to me by the reality of what we imagined
in that vision conjured out of moonlight, cloud,
and water burnishing the night to an indelible
meaning. Tonight, in the stars of my son’s room,

we cast thick constellated nets, and we are gladly
caught and wander in the wide world of our making.
Again, I shove my dim mind to claim richer sights:
field of sunflowers, butterfly wings becoming trout.

I don’t see that, my son says. I hear his anger
and reassure him, pointing and tracing in the air
what my mind conjured from our private sky.
When he still doesn’t see it, I ask what he sees,

lead him back into his own mind where,
if the story of these nights and their green light
have any meaning, will burn there, stars
connecting us in the dark, even after I’m gone.

Big as my hand, its black
and orange legs radiate like a star,
each one deft as a stylus tracing words
in nature’s illuminated text.

It could be the fate of anyone of us, written
in a strange alphabet, although not the spider’s.
The orbit of his webbing suspends
him between worlds, patient as a sun
evolving life on some small planet,
its gravity ravenous, holding out for some buzzing
traveler to follow an ill wind into its threads.

Doesn’t every sun consume its own heart,
mother of all beauty ever to be praised?
All that light and warmth, all that shedding
of itself into endless space? It’s such radiance
that’s woven into this spider’s signature script:
a thick, white ink, elegantly jagged on the air,
and decipherable only as what beckons us
to be worthy of its allure.

Walking into a dream of a melting city,
the warnings everywhere:
all my yesterdays once frozen, thaw
and fall from skyscrapers, torn through wind,
sunlight shattered into an enchantment
like my daughter’s idea of magic:
everything glittering.

Walking 6th Avenue, I watch power lines
flash in a rain of crystal, and a shower
of glass wands seem to cast an adagio
over traffic and traffic lights: synchronize
every signal, slowing and arresting
even the early finches into the instant.

Walking as snow and ice crack against
the pavement, and crunch underfoot, a voice
bursts from before prehistory. Like this sharp air,
it says, clear the eyes, and breathe
the chill fractured wealth of morning light,
looking up into the shape of my tomorrows.

A Savor of Stars

Tonight snow carries moonlight on its back
as if it were a promise falling in pieces,
piling in corners, the growing weight of a wish.

Each flake, cut to the angle of its bearing,
slopes air with the color of its jagged shape
so that I come in the garments of hope, this one time,
to catch its melt in my hand or perhaps my tongue.

Wind deceives me and sometimes the light.
But there is a chance, balanced between the sidewalk
and fences, that I’ll learn the math of decision
which only the long descent knows,
bringing a taste of clouds, a song of blue altitude.

Someday, and very soon, the accumulated compact
will dissolve along the pavements, leaving a trail
of slow fear through the streets, chilling the feet
of those who lurch to their cars. It’s then I’ll wake
to words that crack the frosts of this scene,
chew their every syllable, inhale a savor of stars
until their gravity in my mouth speaks
like a sugar to the skies, and wonder, “Have I lived?”

My essay, “The Problem with Beauty,” in issue 11 of Prick of the Spindle, considers beauty in our culture and in contemporary poetry. One of its main points is that beauty is a form of mutual resonance, like a tuning fork vibrating to the same pitch as another turning fork. In this sense, it is also a kind of recognition, not merely of something superficially pretty outside ourselves, but something that resonates with some similar thing inside us. It is, therefore, a kind of insight, perception of a kind of truth. This is where art and nature mingle, so that the elegant curves of an orchid, the subtle contrapposto of the Kritios Boy, the light bending through the atmosphere during a sunset, or the chiasmus in the first movement of Mozart’s 40th symphony are equally beauty and epiphany, transcendence and self-recognition. 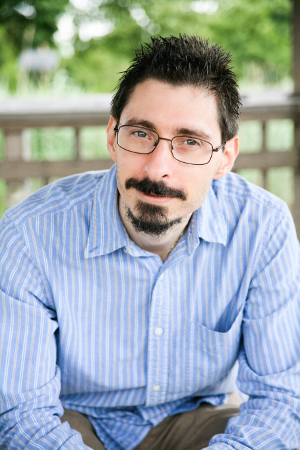 Michael T. Young’s fourth collection, The Beautiful Moment of Being Lost, was published by Poets Wear Prada. His chapbook, Living in the Counterpoint, received the 2014 Jean Pedrick Award. He received a Fellowship from the New Jersey State Council on the Arts and the Chaffin Poetry Award. His work has appeared or is forthcoming in numerous journals including The Cortland Review, Little Patuxent Review, Main Street Rag, Off the Coast, and The Potomac Review. His work is also in the anthologies Phoenix Rising, Chance of a Ghost and Rabbit Ears: TV Poems. He lives with his wife, children, and cats in Jersey City, New Jersey.