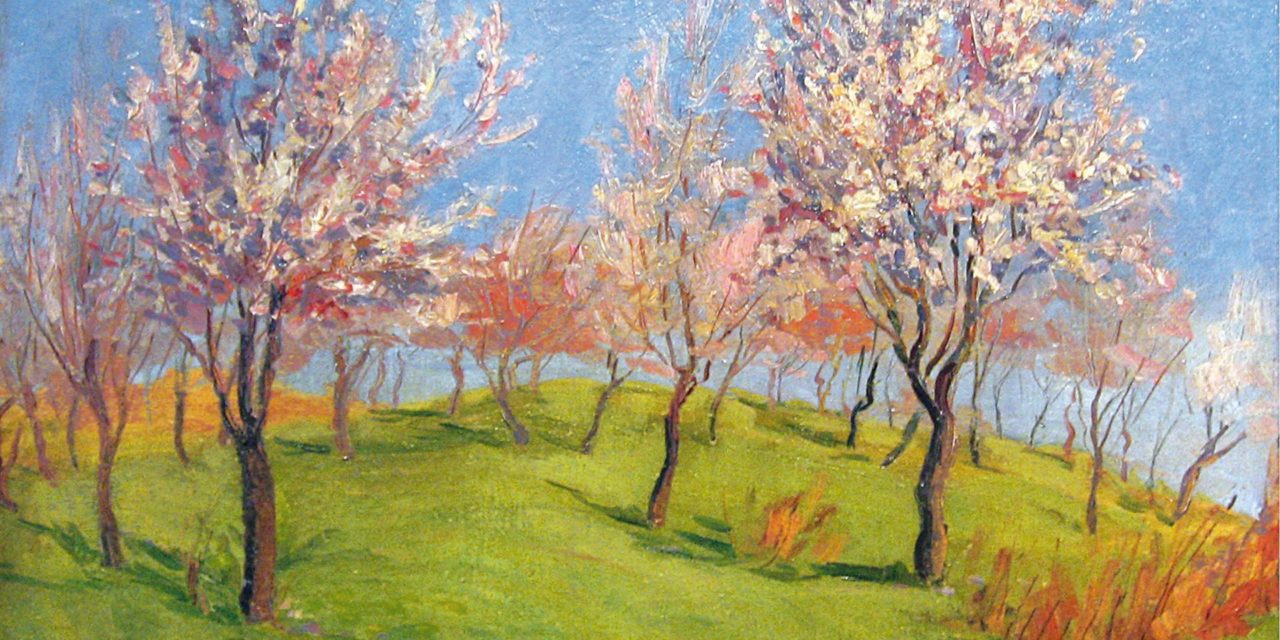 Four years after Uncle Fred’s burial at the end of his garden, three years after we  planted an apple tree on the grave, we noticed  it was bearing unexpected fruit.

It was spring, and I’d been visiting the tree daily – this was the first year it had blossomed, and the white cloud of flowers was an unfailing joy – when one sunny morning I caught a glint of gold amongst the young leaves.  When I moved closer to the thing I saw it was a tiny alto saxophone, smaller than a thumbnail, growing on a fine green stalk.  It was like something you would find in an expensive Christmas cracker, but tinier, more perfect.

I called James, who  laughed at first, then said I must be hallucinating. I had to drag him to the end of the garden, where we discovered more minute instruments growing on the tree.  Some were too high for us to examine,  but there was no doubt that woodwind, strings and brass were all present.  James even found a pair of cymbals, glittering and delicate as sequins.

There were two things Uncle Fred had loved more than life: music, and his home.  He had insisted on being buried in his own garden – a bureaucratic nightmare, but one that we had had to navigate since it was a condition of the will, in which he also left the house to me.

Uncle Fred had asked for his orchestra, his second family for more than forty years, to ‘play him out’.  They duly came and stood around the grave in their overcoats, shivering in the March wind as they belted out Cherry Pink and Apple Blossom White. The tree, which was my idea, came later.

James and I never seriously considered telling other people about the tree.  Apart from the awkwardness of broaching the subject and the horror of being besieged by the media afterwards, we wanted to see what would happen when the instruments reached full size.

As the blossom scattered and spring moved towards summer, James and I went out several times a day to check on the tree.  I liked the alto saxophone, my first discovery, best.  As it grew I could see it was developing authentic markings, decorative tracings and whorls on the brass, even the name Selmer in tiny letters.  James said facetiously that the tree must have done a product placement deal with the manufacturer.  His own favourite was a violin, growing on a low branch.  It lacked the shiny brashness of a new one; he thought it might be a Stradivarius.

Through the summer, as the instruments grew bigger, we began to hear their voices.  Small breezes brought a soft harmony of unconnected notes, like the tuning up of a distant orchestra.  Stronger, sustained winds caused something new, a swelling of sound in which a melody could almost, but not quite, be discerned;  as though the orchestra were improvising, feeling its way towards unity.

And one summer night, after a hot still day when the instruments, now full-sized, hung so heavy on the boughs that they brushed the long grass, a storm blew up.  Rain lashed and fork-lightning cracked the sky, but the concert that ensued was  magnificent, like nothing we have heard before or since.  I would have sworn the rolls of thunder were acting as the percussion section.  We sat by the french windows, rapt through the short night,  listening, occasionally seeing the apple tree outlined by lightning flashes. James murmured, ‘It’s like the music of the spheres.  Like listening in on the day of Creation.’  I said, ‘Wouldn’t Uncle Fred have loved it?’

As the storm died away and the night sky lightened to grey, they came, barefooted over the wet grass, and stood around the tree.  It was hard to make out their faces or even their shapes in that dimness, but we both agree we saw no white wings glimmering in the dawn. One by one they came forward and gathered their instruments from the branches.  Those whose instruments hung higher up rose gently to reach them, by what means we could not tell.  Then they  turned and walked away, out of the garden gate and round the bend in the lane.

By the time the last of them moved away from the tree, the greyness had lightened a little, and although he didn’t look back at the house, I am absolutely certain Uncle Fred was with them, barefoot and carrying his newly grown bassoon.

Nature does beauty best. I’d rather have a forest than a street, as Simon and Garfunkel nearly said. ‘Beautiful’ cities still have alleys filled with stinking garbage. Humans make lovely things out of wood and stone, but nature does that brilliantly too, with more time and less effort: the fabulous sculptures on a wave-pounded coastline, trees fashioned into odd shapes by wind or lightning-strikes. I’m drawn to places where lines blur between the natural and the man-made: a smoking slagheap transformed into a green hill, a brick alleyway into a garden, an eco-roundhouse with flowers growing on its roof, vicious bits of smashed glass turned into jewels by the ocean. Nature can transform, and it can heal. Some of the most cheering stories of our times are about people who work with nature to undo some of the damage and ugliness. 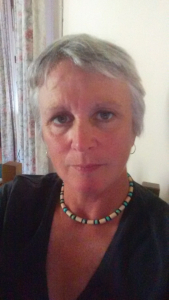 Patience Mackarness lives and writes partly in a cottage in Brittany, France, partly in an elderly VW camper van. Her stories have been published by Every Day Fiction, The Pygmy Giant, Bandit Fiction and Panurge. 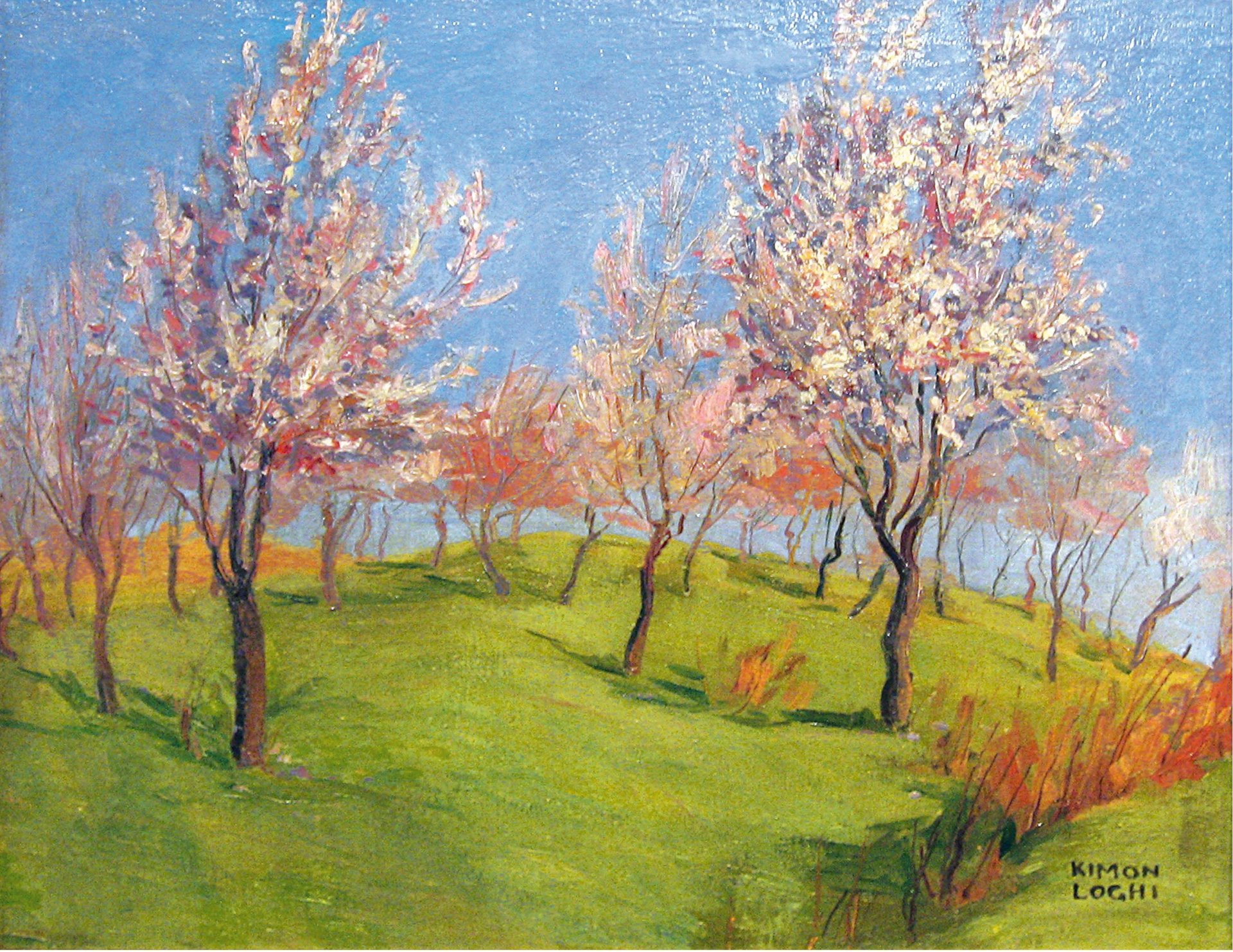