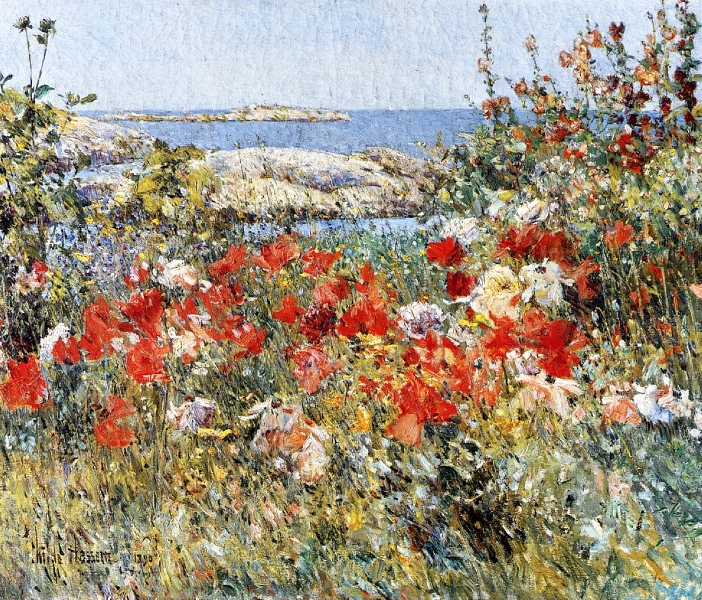 Sometimes, at night I venture out
into the roiling universe, just stand
on the front lawn, head bent back,
imagine myself out to those far edges.

among quilt hills & valleys. How strange
these inflations of ourselves we make
and hold on to when all around us
the night is falling down.

At the cottage by John’s Bay, on the deck there,
after a full day of writing and sharing poems,
we’d sit watching the sun descend into the calm water.
I’ve kept those moments close for years in my memory,
the way I hold onto what’s beautiful and a joy,
nights and days when life reaches a certain intensity,
the hours taking on color the way sun those evenings made
a work of art: coral, orange, red, streaks of pink
that lit the bay itself–a cold fire wholly
its own. As we sat there, the five of us
in that closeness, we’d call out numbers,
a ranking of that evening’s show: a nine, no a ten.
Then, like the years since, it was suddenly gone. Dusk
and a chill descending over us like dust.

January,  chrome cold, trying to snow.
Two men leaned in to each other’s minds
over a stone chess table. One hour, two hours.
A knight captured a pawn, a bishop disappeared,
three hours, the queen retreated.
The sun disappeared behind townhouses.
Cold intensified, the light turned murky,
One man was homeless, neither spoke.
One lost the game, paid off with a shrug.
As snow began, the two departed in silvery flakes
that, under the lights, lit up the city–
barrels of glitter thrown from the roofs of buildings.

Come up onto sand through banks of last rosa rugosa,
frail petals hanging on as if to hide from time.

One lobster boat works the morning horizon
hauling its wake, taking its own slow ride across time.

A laughing gull swoops low to combers and ascends–
razor clam clasped in its beak. Vanishes, slides out of time.

And then there was a house, no more than a hunter’s cabin,
by the edge of the lake, the snow already two feet deep
falling from the heavens to settle heavily in the dark boughs,
Such quiet.
It seemed to emanate from the old worn-down mountain
beyond the lake–a quiet that held sway over the water,
a whiteness that couldn’t brighten the gray sky–

The lake not completely frozen–stretches of open water,
ice floes off in the distance–everything a stasis.
But what?
Could that have been a little boat I saw moving
somewhere to somewhere-
such a small brave boat crossing the large icy water?

I believe that beauty exists as a reality in the physical world, but that it is also in the mind and the heart. It is felt in the chemistry of emotions. It is both intuitive and learned. Beauty is close to joy, close to happiness, close to love. Sometimes it is loud: a concert, drums beating in a parade; more often it is quiet, the dip dip of a canoe paddle, a sunset flaring across a still water.

When I consider beauty, I remember my daughter’s birth, how the doctor held her tiny body up by the heels in a delivery room splashed with light; and I remember a beach in Guadeloupe, the white sand, the turquoise clarity of the water; I remember love, not the hard days, but the warmth that can travel all up and down the body.

Beauty is in design….the curve, the spiral, the spider’s web, the dive of an owl for its prey, the ten thousand symphonies of the stars. It is in poetry, in art, in the creative force that rules the universe. 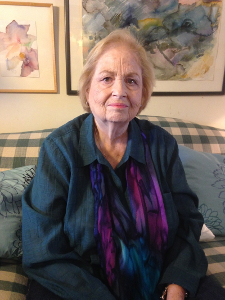 Patricia Fargnoli, from Southern New Hampshire has published 5 full length books of poetry and 3 chapbooks. A former NH Poet Laureate she has won awards such as The NH LIterary Book Award; The Shelia Mooton Book Award; The May Swenson Book Award and a Macdowell residency. A retired psychotherpist, she published individual poems in Poetry, Ploughshares, Harvard Review, Alaska Quarterly and many other journals. More at: patriciafargnoli.com.