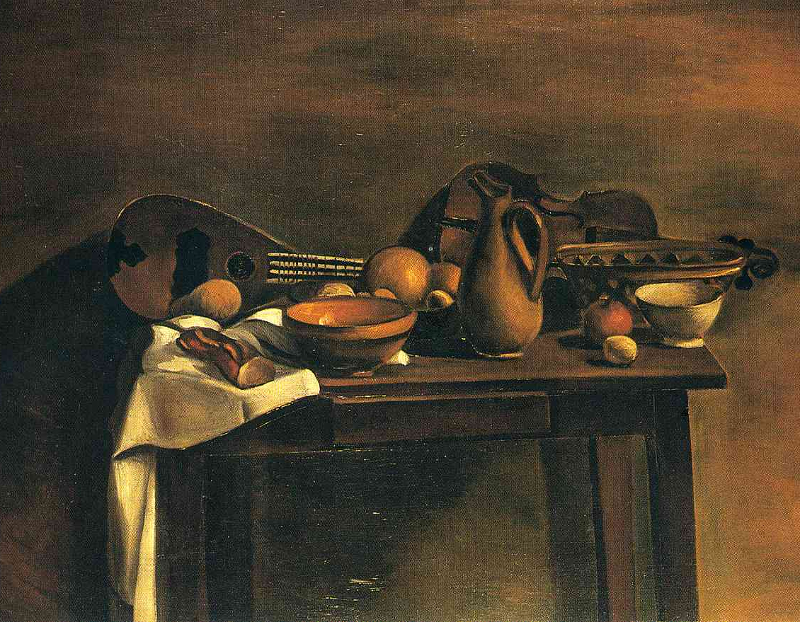 Why, we wondered, had Dad tacked an old prescription card onto the back of the nightstand drawer?   Dated October 12, 1938, the card is for medicine given to my oldest sister Kathleen, who was then a baby.  It’s about a sixteenth of an inch thick and is meticulously affixed to the back of the drawer with a tiny nail on each corner.   To see it, you have to pull the drawer out and turn it around.  It was obviously not meant to be seen easily.  It was also obviously not an accident.

The card, I suggested, kept the drawer from being pushed in too far.  No, my daughter said, Grandpa made the nightstand.   If it had a badly fitted drawer, he’d have sanded and smoothed and fiddled until it glided perfectly.

I agreed.  Dad was too fine a woodworker for such makeshift tricks. The workmanship on the stand was impeccable, as was Dad’s standard.   The card must have served another purpose.

For a half century, I’d been opening that little drawer, first finding in it Mom’s scented handkerchiefs; then our homemade Mother’s Day cards; then letters from Kathleen, the homesick career woman in California, and from the newlywed Phyllis in Kansas; postcards of the Hewlett Packard plant in Colorado Springs from Ed, the fledging engineer; and pictures of John on the USS Coral Sea off the coast of Vietnam.  As the youngest, I watched the progression of mementos until I began to add mine.   Our kids had more latitude with the house and with the table, and the drawer filled with crayon marks and birthday cards to Grandma, wedding pictures with Grandpa giving away the bride, and postcards from grandchildren around the world.

The drawer held the artifacts of our family’s life.  But I’d never looked behind it.

The nightstand, like the furniture throughout the house I grew up in, cost Dad almost nothing because he used castoff wood and his own ingenuity.  The result, of course, was invaluable: Our living room had glassed-in bookshelves with carved inlays, plus a Duncan Phyfe coffee table and end table, all Dad-made.    The bedrooms and bath were galleries for his pragmatic art: a medicine cabinet topped with graceful scallops, jewelry boxes inlaid with geometric designs of contrasting woods, a child-sized cabinet for Kathleen and a dollhouse for me.

When Dad died, these were our heirlooms: works of beauty embedded with memories of our lives together.  Like the table, most were created before I was born, when Dad still had a head of wavy hair and the young man’s swagger I’ve seen only in pictures.

The nightstand now sits by my front door, a daily reminder of my parents and my life with them.  It fits as comfortably in the house as I do.  After we brought it home, my daughter scraped off its old paint and found four different woods: pine, walnut, oak, mahogany.   Dad apparently had a plethora of scraps at that point, which may be one reason the stand was always painted: first white, then yellow, then mint green, then yellow again, with floral Contact paper slapped on the top.

The Contact paper was indication that, somewhere along the way, the little table had stopped being valued.  Ultimately it ended up in Dad’s basement shop, stuck ignominiously in the corner, a poor cousin replaced by fancy upstarts made in furniture factories, of matching wood.

Nothing new, though, can match the unpretentious elegance of the nightstand, with its graceful base topped by turned columns on which the drawer sits.  We painted it hunter green and it looks like the cover art from some trendy catalog for people who have to buy their heirlooms.   It’s burnished with almost sixty years of nicks and scrapes and dents; we could have sanded them out, but why?  They’re the signature of my family.

Those pocks and pits and crayon marks were made by babies who are now grandparents, and by toddlers who now design manufacturing plants, build computers, and write essays.   There’s one scrape made when John and I had a fight and knocked the table over, breaking the lamp that had stood on it.   Like the little nightstand, I have a scar from that one, too.

Maybe sometime Dad had told us what the card on the back meant, but we hadn’t listened.  Or we had forgotten because it wasn’t important at the time.  Now, we were left to puzzle the meaning for ourselves.

So there we were, gathered during the holidays, a gaggle of siblings and their children, standing around the table, squawking our theories and trying to decode our mystery.  Kathleen wondered what medicine she was taking and why, but we reminded her the prescription obviously worked since she hadn’t died.  One mystery at a time.

After they all left, and I was alone with the table, I thought about Dad and how he created things to last forever, and the meaning of the card became obvious.

Nearly sixty years ago, Dad laid down his paint brush and declared the nightstand finished.  He was pleased with his work, and he wanted to make a record of it, so he validated the date on the back.  The table, that card tells us, was finished when Kathleen was six weeks old, in October 1938.

In cleaning Mom and Dad’s house after his death, we found notebooks listing costs of remodeling he had done in the 1940s, wage receipts from the 1950s, insurance papers for the new 1970 Plymouth Fury, and cards Mom had sent him when they were dating.  Dad was a man who valued records.

That young man with the wavy hair left not only his creative imprint on my little table, but his own bit of historical reminder.  In 1938, Adolf Hitler named himself Supreme Commander of the German armed forces a month before his army took over Austria.  Dizzy Dean was traded to the Chicago Cubs.  Orson Wells scared the devil out of the nation with his Halloween broadcast of “The War of the Worlds.”   Millionaire Howard Hughes set a record for an around-the-world flight, averaging 208 miles per hour.  Kathleen was born, then she got sick.

And Dad built a nightstand.

Early morning on the mountain after a rain: A whiff of pines and, maybe, skunk.  Baby hawks squabbling on the ridge. Ice-cold mountain water sucked from a stained Camelbak bought sometime in the 90s. The sticky surprise of cobwebs on my face, woven overnight along the trail. 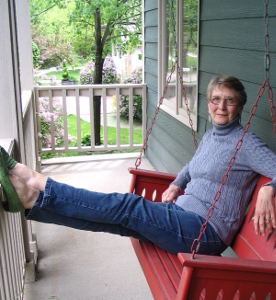 Patricia Prijatel has taught magazine journalism for three decades, edited and written thousands of pieces for national magazines, and penned two books. She is the author of Surviving Triple-Negative Breast Cancer, called by readers their “breast cancer bible.” She founded a popular cancer blog, Positives About Negative. Because of it, she was asked to blog by Psychology Today, Breastcancer.com, and Cure magazine.  She is co-author of The Magazine from Cover to Cover, used in universities around the world. She is now finishing a narrative nonfiction book about a forest fire and its aftereffects on our remote mountain valley in southern Colorado, and on its people.