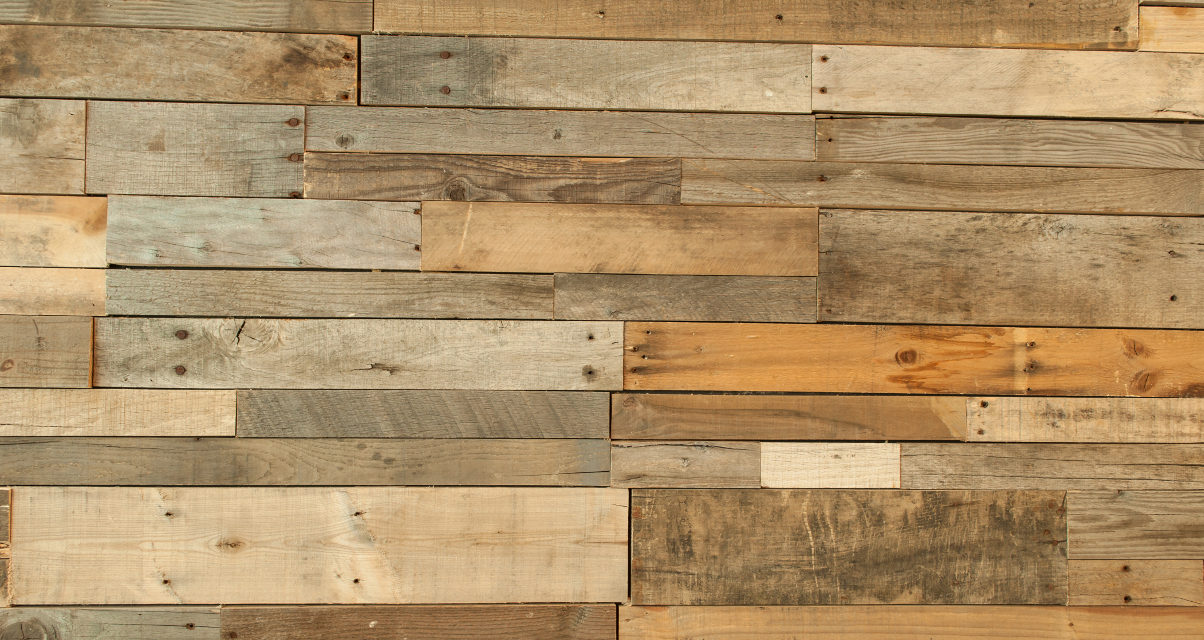 We were on our knees, my grandfather, my uncle and me and we each had an axe with a metal square on the opposite side of the blade. We used this to drive the nails into the tongue of the oak floor of the bakery. My knees hurt as did my puny twelve-year-old arms but my uncle worked away and let out a pssst from his mouth every time he hit a nail. The nails were flat, long and triangular and didn’t have sharp points. My uncle kept his blue and white handkerchief on the floor and mopped his brow after every new board that we laid down. Both he and my grandfather drove the nail in with one hit–I took two and three and every once in a while I’d hear, “Boychick, don’t be afraid, drive it hard.” That was my grandfather who worked in a puddle of his sweat. It had a smell that I loved. He began schvitzing as soon as he kneeled down to work.

“Boychick, you do the next one by yourself, me and Sonny are going to take a break.” They walked over to their thermoses and poured iced tea and grabbed a scooper each dipping it into a barrel and ate and drank until I laid the board in tight and set the next ones for the three of us.

I asked what they were eating and they told me poppy seeds and asked if I wanted any and I refused. My uncle took his position on my right and my grandfather on my left and across the cavernous room the bakers baked and the ovens sent out heat towards us and my uncle had no smell, but the sweat smell that was my grandfather made me want to do good and not only for the ten dollars a week he paid me but because of all his grandchildren I was the one chosen to work with him.

The smell of freshly sawn lumber is one of the greatest smells in the world. To this day I’ll go into a new construction job just for the smell. I got to cut the oak as well as hammer it. They taught me and trusted me and the job took the entire summer and the huge ovens had to be moved to finished floor and we had to rip up old flooring and that’s where the axe blade came in handy. Splinters–we all got splinters and we carried matches and sewing needles to take them out.

On the day before the last day we had finished the floor and were doing odds and ends when my grandfather and uncle took their usual break. “Come, Boychick, put down the hammer and join us.” I was trying to get a splinter out of my finger but it had gone deeper. My grandfather struck a match and burned the end of a needle and held my fingers with his steady hand and he scraped the skin and exposed the sliver. He flicked it out with the needle and my uncle poured me a glass of tea that I never drank and it turned out to be 7-Up and my grandfather held out the scoop of poppies for the rolls and said, “Nu. Try it once.” I did and the poppy seeds turned out to be chocolate shots. 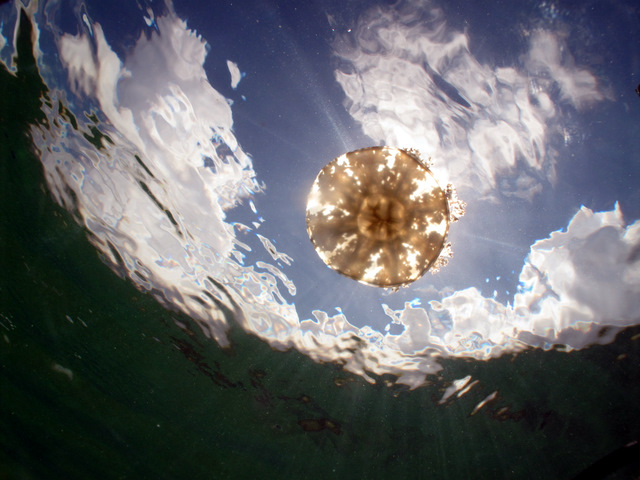 “I’m in the Caribbean, the island of Bonaire where the water is warm and clear blue, I take the ferry out to a small island, Klein Bonaire, I’m dropped off into the water to begin a drift snorkel with the tide pushing me slowly towards the beach to be picked up an hour or so later. I swim in-between and over the coral following the fish, sharing their world taking their pictures and all the time not thinking of anything other than finding a turtle to swim with or an octopus to follow as it scuttles into its hiding place changing colors as it goes to match the colors of the coral. I watch trumpet fish and cornet fish swimming vertical–their bright blue and yellow colors–a school of blue tangs heading for somewhere only they know. A barracuda hovers sideways looking at me with one eye and all the time the sea fans  waving in the currents, the Elkhorn coral grows high and I swim around it and I follow one fish after another, a moray eel, spotted and winding on the sand captures my attention as does a half dozen squid and finally I end up on the beach only to watch the ferry heading back and I’ll have to swim a while longer until the next one comes to pick me up. I spot a jellyfish, swim under it and take its picture with the sky above. This is a good beautiful day.” 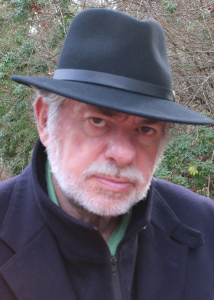 Paul Beckman’s story, “Healing Time” was one of the winners in the Queen’s Ferry 2016 Best of the Small Fictions. His stories are widely published in print and online in the following magazines amongst others: Connecticut Review, Raleigh Review, Litro, Playboy, Pank, Blue Fifth Review, Flash Frontier, Matter Press, Metazen, Pure Slush, Jellyfish Magazine, Thrice Fiction and Literary Orphans. His latest collection, Peek, weighed in at 65 stories and 120 pages. More at:  paulbeckmanstories.com and  pincusb.com