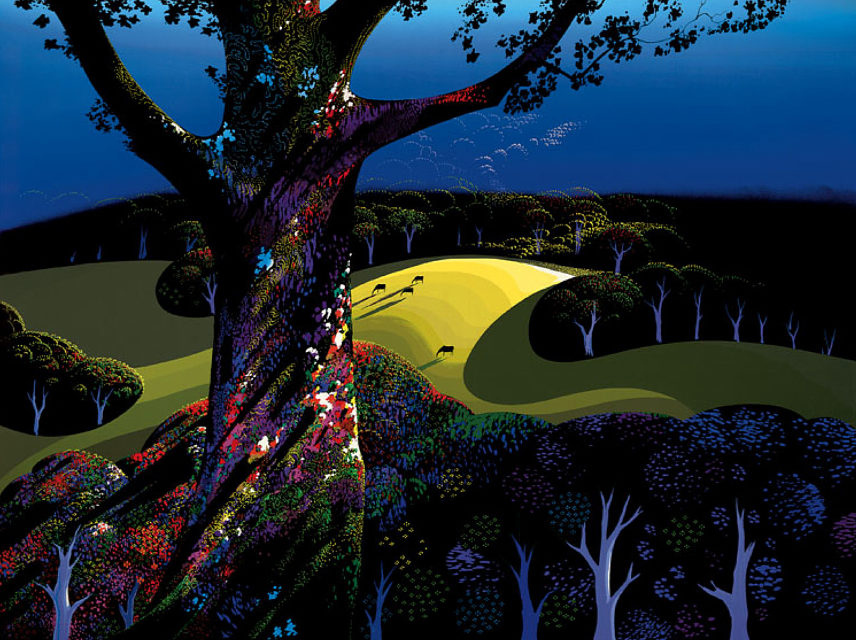 “You have beautiful eyes”,  I remembered his words suddenly as I washed my face that morning. I hadn’t plucked my eyebrows for months, my skin was dry and my eyes had black circles. I was aging, definitely aging. Still, when I looked into the sun and the sunlight streamed through my eyes, it rendered them slightly translucent and they shone a rich amber. My eyes were big and my eyebrows, though not finely groomed any longer, were naturally arch shaped. My cheekbones were high and my skin, though tired looking, was mostly unblemished. The tiredness under my eyes, that I couldn’t hide. But still, it wasn’t a bad face.

It had been at least fifteen years since I last saw him. Now he was coming with his wife and two young sons. The last time I saw him, there were tears and goodbyes. There was the remnants of a broken heart that I had tried to put together. No don’t get me wrong. It wasn’t mine. It was his. He was the one who had always wanted me. I had dropped hints before, but when he finally asked me, I had to say no that day. I hadn’t seen the world. I hadn’t felt the rain on my skin, walked on water, fallen from the skies. I wanted to do all these things. I wanted to fly with my ambitions higher and spread my arms wide to capture the whole world. Not by someone’s side, but on my own. He hadn’t understood. He thought it was because there was something lacking in him. But how could I explain to him that the longing in my heart was not something any man could fill. It was my own journey and I had to ride it alone.

Soon after that he had married and ‘settled down’ as they call it. He was doing very well at work. He sent me pictures of his house, the golf club he was a part of, the holidays he went on with his family, the antics of his little boys. I looked at them with sometimes indifference, sometimes joy, sometimes amusement. But I knew I still wasn’t giving him what he wanted. First it had been love, then he wanted envy. He wanted me to want all these things. The house, the happiness, the family, the security, the content. But like love, envy didn’t come to me easy.

So I looked at the pictures and put them away. Sometimes he called back asking me if he saw some detail on them- the sports car in the background, the necklace on his wife’s neck. I never remembered. And it frustrated him more. I know it did. Sometimes I went back then and looked at the pictures again – out of curiosity to see what I had missed. One time I paused at the necklace in his wife’s neck and wondered how it would look on me. As I stood in front of the mirror and touched my bare neck with my fingers, I giggled, it was just such a strange thought. I didn’t wear much jewellery – just earrings. Maybe I should go more ornate now. I had read somewhere that women wear more jewellery as they grow older – as if to compensate for the loss of natural radiance. Maybe I should wear something today when they come over for dinner. The thought came and went.

I looked over the dishes prepared and arranged on the table. Though I had been tempted at first to order something from the Indian restaurant, I had decided against it and had cooked everything myself. I wasn’t a good cook, but I know it would make him feel good to taste what I had made. It would be mediocre compared to what his wife cooked him everyday. I smiled as I thought of him sitting in the car, going back from dinner, exclaiming to his wife that the food had been so bland. His wife would beam and they would hold hands, as their sons napped in the car seat behind them.

I had also cooked, because I still could. There were days when I couldn’t even stand. The treatment sometimes made me so weak. It was lucky this was a good week for me and I was feeling strong. Though I had wondered if I should, I knew there was no point talking to them about my illness. They were just visiting the city, after-all. Who knows if I would even see them again.

Plus, there was no need for unpleasantness, really. I wanted it to be a nice dinner that was humble and slightly inadequate. I wanted to present a warm house that was also a bit messy. I wanted to be a well meaning host that was a also bit neglectful and slightly tired looking. And I wanted him to still find my eyes beautiful.

A mother’s overwhelming embrace, a lovers empty pining, a crimson rose, a white jasmine, a child’s laugh, a grand-mother’s lullaby; Beauty is so many things to so many people. Sometimes you look and it is nowhere but suddenly when your heart is ready, it is everywhere. Beauty is the divine and finding beauty in life’s everyday moments is what makes us human, what makes us alive. 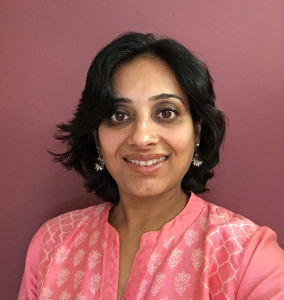 Sandhya Acharya grew up in Mumbai, India and now lives in the Bay Area. She worked as a finance professional and has a penchant for words. When she is not running behind her two boisterous sons, she is learning classical indian dance and training for marathons. Her articles have also featured in NPR(KQED), India Currents and IMC connect. She blogs regularly at www.sandhyaacharya.com