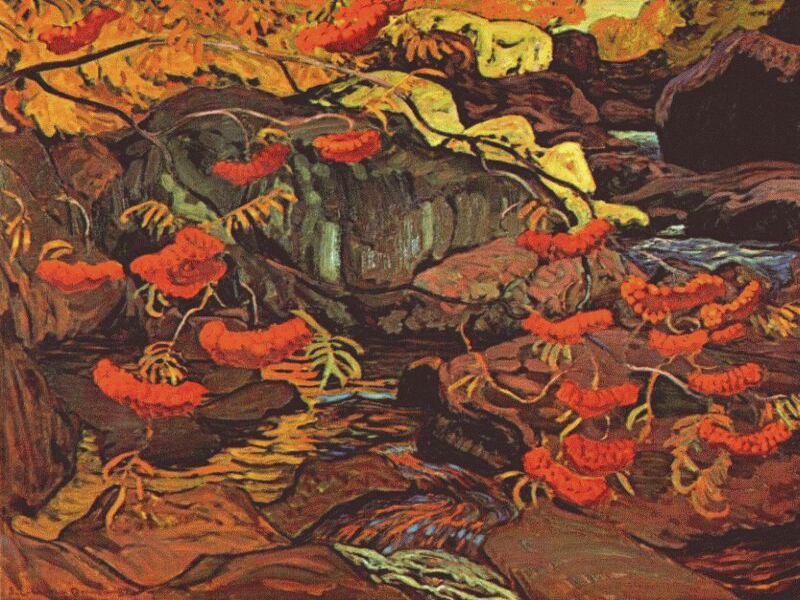 We put the green box on the earth next to the rowan tree. “Rowan, protector of young women,” she’d said last year, filing sketches for her Celtic Goddess project. We reach into the box and take a handful of ashes. A truck hurtles down the gravel road, shattering the stillness, sending up clouds of dust. There’s no wind yet, but later there’ll be gusts, scattering red and gold leaves around the garden. We need to say her name, but we have no breath. I form its shape in silence. Let her name float on the wind. Let it drift like mist around the verandah posts under the eaves of the house in and out of the trees and bushes over the paddocks where the sheep graze down the road to the river where the Alps shine against a brilliant blue where the tracks are covered in orange poppies and wild purple lupins where the air is filled with the humming of bees and the songs of larks and the striking of hooves on stone. And the girl on the horse turns. She flicks back her long blonde hair. And looks at you with eyes as blue as the sky. The ashes slip through our fingers to the roots of the rowan. I wonder why they’re called ashes. They’re not. They’re grit. Pure grit.

It’s Christmas Eve and we’re sailing in the Gulf of Oman. Empty beaches, fishing boats, a few yachts, a couple of wooden dhows, a sea like silk, a sky so blue we can’t help smiling. We’re speeding away from the shopping malls with their glittering silver Christmas trees, their tinsel stars, their red felt stockings stuffed with gold coins and oranges. A nice enough nod to Western expats, but it’s not what we want. We’ve politely turned down the invitation to join our colleagues for carol singing and mulled wine and mince pies at the British Embassy and when they say oh but it’s such fun and everybody goes we don’t have the words to explain our need for silence and solitude because it wouldn’t be fair to inflict that on someone else’s Christmas.

The tide is out when we arrive at the bay so we roll up our shorts and wade through warm water to the shore. The two Omani crew members and Mohammed carry all the camping equipment to the beach then the Omanis board the boat again, leaving Mohammed and us behind. I’m relieved they don’t call out, “Merry Christmas.”

Honey-coloured mountains rise behind the white sand and luminous sea. From the top of a high rock we can see the lights of the city. Jewels in Aladdin’s cave. And we think of the blue and gold minarets, the palaces, the forts, the old white-latticed houses by the harbour, the market crammed with black-clad women and white-robed men, the clamour of voices, the seductive drift of frankincense. We tell each other we made the right choice in coming here to work in this strange land. We say it helps. But from that place to this lies a long curve of empty beach, keening seagulls, an empty sky and an empty ocean. We might be the only people on earth.

There’s Mohammed on the beach below, stacking his driftwood as violet light floods the sky. Within minutes he’s wrapped in darkness until he lights the fire and we see him silhouetted like a shadow-puppet in red and gold flames. As we clamber down the rock, a couple of fishing boats arrive. The fishermen wave, call to Mohammed, set their nets and take off again, soon swallowed by the night. The wake of their boat agitates the algae and sets off sparks of luminescence that edge each wave with silver. Rob grabs my hand and pulls me laughing into the sea. Our bodies are coated with tiny silver stars. We swim in stars.

When I wake up, the world is monochrome. Rob is already in the sea and Mohammed is boiling water on the fire for coffee. The fishermen who’d set the nets return to collect them. They wave and sail away. The sun is not yet up behind the mountains, but amber light has begun to stain the peaks. Crabs run about digging frantically, the males leaving towers of sand to attract females. Tiny pink shells lie scattered along the beach, glittering like rubies. The sea is a mirror of the sky. I run in and shatter clouds. The sun rolls over the mountains, painting the sea with light. We swim in liquid gold.

Mohammed waves to let us know he has breakfast ready  – fresh croissants, hot coffee and mince pies. “Merry Christmas!” he shouts in heavily-accented English, looking pleased with himself. Hoping that’s exactly what we want to hear.

Rob puts his arm around my shoulders. They’re just words, we say. They’re not her saddles gathering dust in the barn. They’re not her ashes in the earth. They’re  shadows on a foreign beach, a crackling fire, the smell of coffee, an indigo sea. They’re Mohammed’s gift to us. We wonder if we can say the words back to him. We think it would be churlish not to.

Beauty lies in the transformative power of words. I love the way the rhythm, musicality and juxtaposition of words on a page can ignite all five senses and create whole worlds in the mind. 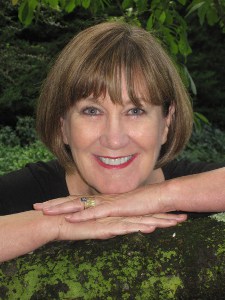 Sandra Arnold lives in New Zealand. She is a novelist, short story and non-fiction writer with a PhD in Creative Writing from CQ University, Australia. Her work has been widely published and anthologised in New Zealand and internationally and has won several awards including the 2014 Seresin, Landfall University of Otago Press Writers Residency and the 2015 New Zealand Heritage Week Short Story Competition. She was short-listed for the 2016 Grimshaw Sargeson Fellowship. Her flash fiction was a finalist in the 2016 The Short Story Flash500 competition, long-listed in the 2016 Flash Frontier competition, Highly Commended in the 2016 North & South competition and was a Notable Contender in the 2016 Bristol Prize. Her flash fiction has been published in many online and print journals including Flash Frontier, The Airgonaut and Blue Fifth Review and was selected for the UK 2017 National Flash Fiction Day anthology, Sleep is a beautiful colour. More at: sandraarnold.wordpress.com.