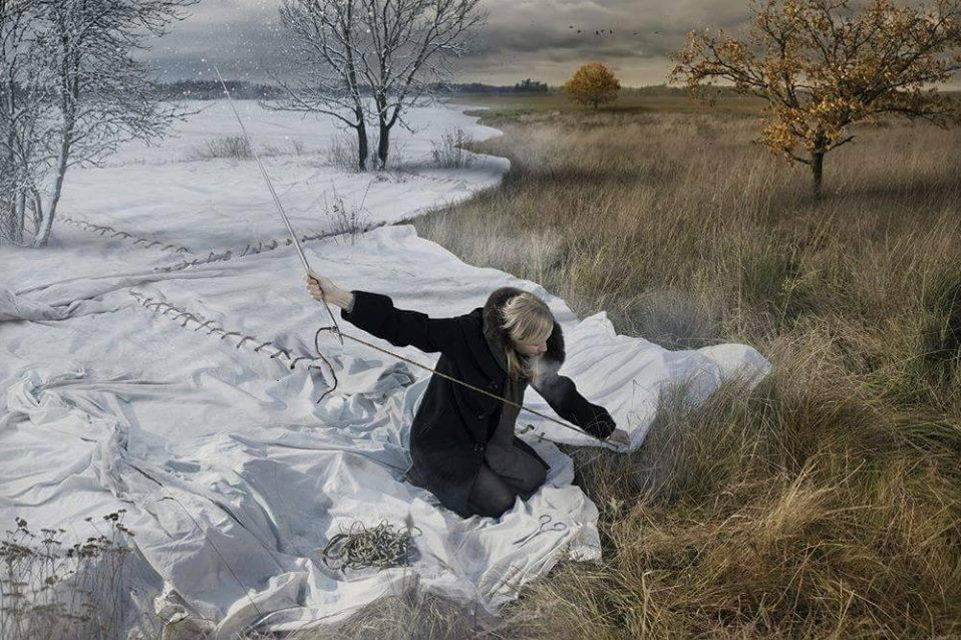 but he was determined to live inside.
I swatted at him
mistaking him for a mosquito

I’ll never forgive myself
for almost crushing him
as I rolled on top of him in bed.

I’m amazed he didn’t drown in the shower
he dashed into my clothes dryer
the second I opened the door.

the back door screen is torn in three places
with any luck
he found his way out.

and wonder if he’s here.

It’s one of those almost seasons
almost winter

translucent, so I can still see the treasures beneath
leaves, boughs, and pine needles
instead of plates, bowls, and teapots.

It’s almost Christmas
time to get the lights out

soon the pools will be frozen solid
smooth and opaque

Sitting in my car in the parking lot
the only one left in the frozen rain
the sky’s coal at five this longest evening
my headlights serve as two flood lights.

Instead of a wreath, they showcase white sand below me
frozen hard as sidewalk concrete
seagrass swaying, bleached blonde as wheat fields
the ocean, God’s spilled inkwell.

The shore across the cove is glittering
with thousands of electric lights
houses flame on one by one as I watch them
I imagine happy families having fun.

I hear their laughter, feel their embraces
as I listen to rock carols on the radio
with just a few hours left to call it autumn
rain turns to snow and covers us all.

Beauty is something that stops me, often physically. I stop walking, reading, or looking to luxuriate in it. Beauty interrupts and disrupts routine as it slows me down and suspends me in its force field. Beauty holds my senses, heart, or mind hostage. The most powerful beauty demands all three.

Beauty can be a welcome refuge or a reset button. Sometimes beauty changes me. I don’t see or hear exactly the same way after encountering a stunning vista, voice, or painting. Even trash waltzing down the street can move me as I pause to honor its wizardry like Ricky Fitts, the young artist who videotaped a balletic plastic bag in Sam Mendes’s movie  American Beauty.

After engaging with the most powerful beauty – beauty that demands senses, heart, and mind – I don’t feel or think the same way. My empathy, compassion, and understanding are stretched and strengthened. Beauty’s power gives me hope. Beauty can change the world. 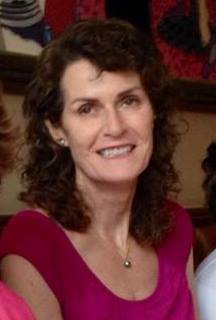 Sheila Wellehan’s poetry is featured or forthcoming in Chiron Review, The Fourth River, Off the Coast, Poetry East, Tinderbox Poetry Journal, and elsewhere. She lives in Cape Elizabeth, Maine. More at sheilawellehan.com.