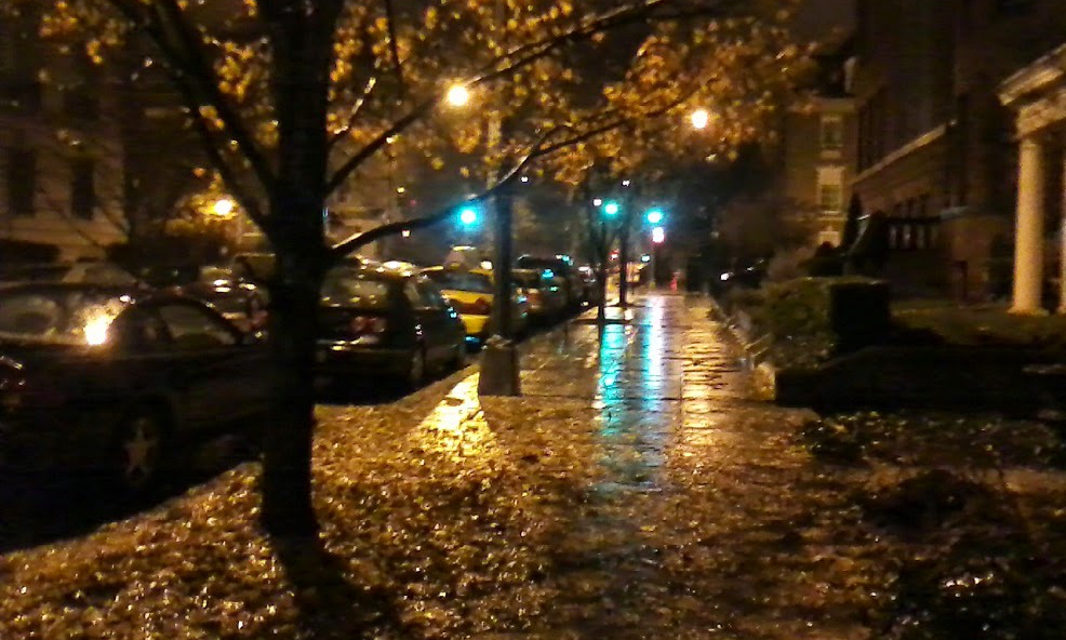 Writer’s Block
for a poet replanted

I thought I had you by frilled hem of a metaphor,
but street-light’s flood of yellow fog
hushes me again to a mere doubt in your hands.

We are diverging.
Your flare escapes fingertips,
turns corners and crosses streets,
collides with slippery notes of Blue Café
playing in a city that echoes back,

Take all you know, and say goodbye,
your innocence, inexperience
mean nothing now.

There’s a poem dying on the sidewalk.
We will bury it with the rest.

It starts to rain.
What’s a poem without rain?
I lose you in the downpour of words
slit and gutted to this city’s taste.

You say, write the streets
after they flatten you against a wall,
see the gutter fill with regret.

Write the river
until you drown in the rising water.

You let go of the wind,
it’s taken you high and dropped you
when you least expect.
A poem like that is road- kill at best.

I’ve seen your white collarbone at 3 am
and you’ve seen my hysteria when alone,
our footsteps swept from the streets,
appear again in verses, wander in alleys
picking shame with the trash.

A city does not forget shame.

Some poets never make it home.

Write, write the homeless till you are one yourself,
let an alley cradle your ribcage.

With the smell of an animal in my hair,
I write your lust till it’s dry semen
stuck to a sole after the train’s departed.
But a city never forgets heave of a moment
that cut like a butcher’s blade.

Write! Damn you, write the longing!

It burns, it burns where a scar runs on edge of a poem,
to a heart and back,
to between-lines, only a night drunk on a full –moon’s light
grasps.

And when a poem takes you home,
puts you to bed alone,
you hear the city turn to its side,
face the wall where the street- light
doesn’t reach at all,

and crows flutter in your throat,
looking for a way out,
they die on a line clenched between molars.

A dream wakes up in a dream on your tongue,
and you swallow your raw words.
Call it writer’s block, when dawn
tells you of all this, while sober and free
of the night’s spell. 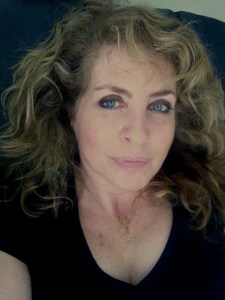 Silva Zanoyan Merjanian is a widely published poet of Armenian descent, who grew up in Beirut, Lebanon. She moved to Geneva for a few years during the Lebanese civil war and later settled in Southern California with her husband and two sons. Her work is featured in anthologies and international poetry journals, such as XXI Century World Literature, San Diego Poetry Annual, an upcoming issue of Levure littéraire, Scarlet Leaf Review, Ygdrasil, A journal of Poetic Arts, and elsewhere. Merjanian was the guest speaker at Celebration of Survival cultural event at Ohio State University on the 100th anniversary of the Armenian Genocide. Merjanian has two volumes of poetry, Uncoil a Night (2013) and Rumor (Cold River Press, 2015.) Rumor won the Pinnacle Book Achievement Award Fall 2015 for best poetry book by NABE. Merjanian donates proceeds from both books and speech compensations to charitable organizations. More at: silvamerjanian.com.