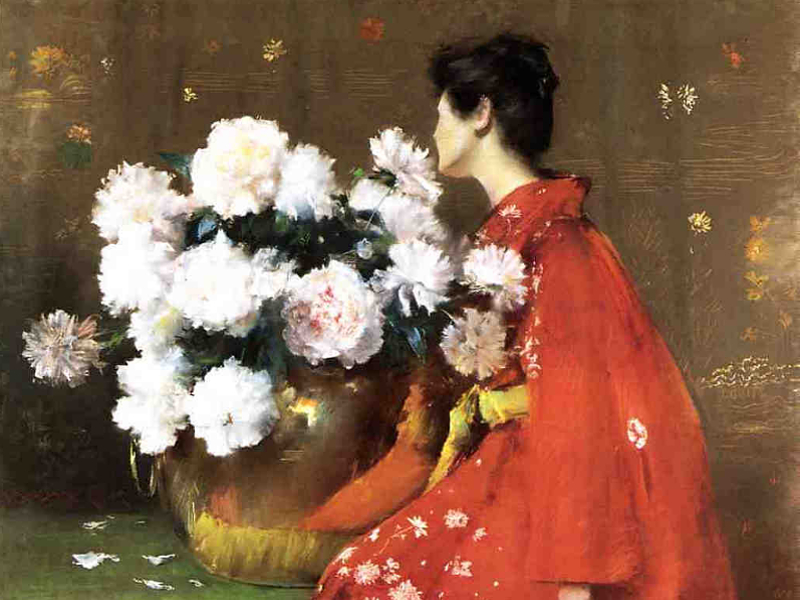 Overhead the undulating sky opened and closed the folds of its high cirrus cover, allowing the passing moon an occasional peek at the small town of Wilbender settled below. It had been a hot day and now it was cooling, turning into a very pleasant evening. Mr. Ayram had gone to the six o’clock screening of a currently popular movie at the downtown cinema. Despite the incredible activities of the hero and his three cronies, Ayram had not especially enjoyed the film. They don’t make movies like they used to, he thought to himself as he headed for his car, too much sex and violence and not enough plot. In fact, movies nowadays didn’t seem to bother with plot at all, only mindless action and violence.

John Ayram was at that stage of his life—too old for middle age, yet too young to be old—where he preferred staying at home reading to having a night on the town. Ayram, a lawyer, was semi-retired. After his wife had left him some years ago, riding off on the back of a motorcycle with an aging country singer, he had discovered that he needed to earn only half of what he previously needed to earn. And so, as he had no children, and no alimony payments, he now solely took on those cases that he wanted to take on, and filled out his income with easy things like deeds, wills, and probates. And no more playing the role of public defender.

At the moment, Mr. Ayram was crossing the Wilbender Town Common. This once thriving two-way street was formerly the center of commerce for the community, but had been converted into a pedestrian walkway some nine years ago ostensibly to promote business, and now sported only a few bars, head shops and tattoo parlors among the empty storefronts. Should I continue to the end of the Common and have a drink at The Red Rooster Bar, or should I cut down the alley next to The Harry Krishna Coffee Shop and get in my car and go home? John Ayram wondered to himself.

It was dark in the alley, lit by only a few dim overhead lamps, on the other hand it was a shortcut to the ramp where his car was parked. As John was tired, which he always seemed to be anymore, he opted for the alley.

When he had moved to this town shortly after finishing law school some thirty-three years ago to work for a small legal firm, the converted garage he rented as his residence hadn’t even had locks on the doors. The landlord had told him that locks weren’t necessary, as there was no crime here in Wilbender. However, over the years that had changed, and Attorney Ayram made a good living defending, burglars, car thieves and drug dealers.

There had not been that many people at the cinema and the group dispersed quite rapidly when the film was over. Ayram could have parked his car in the lot nearer to the theater, but had been half-heartedly considering having a nightcap. On a weekend evening the Wilbender Town Common would be crowded with under-aged students from the local college making the rounds of the bars—now John found himself alone. I might as well go home; he decided and headed into the alley.

Half way down the unusually dark passage John Ayram sensed that someone was walking behind him, which was strange he thought, as he had not seen anyone around when he first turned down this alley. And then two figures stepped out of the shadows farther down the passage. Was he about to be mugged? Now John never had been mugged, but he did know a great deal about the activity as he had heard it described a good number of times in court, where he more often defended the mugger, showing little regard for the person mugged. Was this now to be his first-hand experience?

The person behind him seemed to be speeding up his pace, while the two figures in the shadows at the end of the alley just hovered there. What was he to do? A small man, fifty-seven years of age, John was not about to fight off any attacker, let alone three persons, who probably would have at least knives, if not guns. Everyone had guns these days, including grade school kids, and Wilbender wasn’t even a big city. Should he turn and run? He might be able to make it past the person following him. It was too late. The two figures at the end were coming toward him. Where were the police when you needed them? Park fifteen minutes in the ten minute zone in front of the post office and they are there writing you a ticket. He would not try to be a hero, John reached for his wallet—he was taking out the nineteen dollars, all that he had with him at the moment, which he hoped would be enough to save him from bodily harm.

“Hey man . . .  that there looks to be Mister A.” John Ayram heard one of the hooded figures exclaim.

“Like you know this here dude?” the second hooded figure grumbled.

The third hooded figure had caught up and was looming over Ayram’s shoulder. John feared that he was about to get bashed on the head. But the three figures were keeping a careful distance.

“Who’s that?” John Ayram asked, trying not to sound too apprehensive, noticing that the light above them that should be glowing was dark. He was unable to see clearly the faces of the persons confronting him.

There was a round of laughter from the three. John wondered what the joke was. One of the figures moved closer.

“And who are you?” Mr. Ayram asked, recognizing a face now, but not connecting it with any memory, something that seemed to be happening to him with increased frequency these days. He feared that dementia was fast approaching.

“Oh, yeah . . . I remember now, Leroy Delmonico. What are you up to these days . . . Leroy?” John Ayram asked out of politeness rather than interest.

“Have you got a job yet? As I recall you were put on probation and supposed to find a job. . . .”

“Ain’t no jobs out there Mr. Ayram. I’m still livin’ with my momma, but she ain’t got no job either. Cleans houses sometimes though and we get food stamps. . . .”

The two other boys were getting nervous, looking at Leroy as if to say: So why are you still chatting with this guy, he knows who you are so we’re not about to mug him or anything, so let’s get out of here already.

“So you-all still in the lawyer business, Mr. Ayram?

“Yes I am. Well it was nice talking to you, Leroy, but I gotta go now.” John was getting anxious himself, not wanting the boys to become unfriendly. “My car is parked down here. I was just going to get in it and go home; I was going to make it an early evening.”

“Like which one a them there cars be yours?”

“That blue Chrysler, right there,” John paused, blinked his eyes and looked again. “The one with the door half open. . . .”

“I didn’t think that I did. I remember clearly clicking the lock button, and the lights flashing as I walked away.”

“Well, we-all gotta to be goin’ too,” Leroy said turning to his friends who nodded and mumbled something un-hearable. “Like, sometime them there lock buttons don’t work, ya know. I imagine there’s a lot a car stealin’ goes on down here,” Leroy added, “so you-all gotta be careful.”

“And you too,” John Ayram responded getting into his car and slamming the door. He reached down and unconsciously pulled the seat latch handle and slid the seat forward. And then it occurred to him, he is rather short, why was the seat so far rearward. He watched as the three hooded figures rapidly disappeared up the alley without looking back. Two of the boys were of rather average height, but Leroy, walking in the center appeared to be quite tall.

“Good night, Leroy Delmonico, it was nice seeing you again,” John Ayram mumbled to himself, while turning his key in the ignition. Mr. Ayram regretted that he had parked back here, and reminded himself never to use this ramp again, at least not in the evening.

My first encounter with the elusive concept of beauty came as a child in the garden behind our house. A neighbor, admiring my mother’s newly flowering peonies, exclaimed: “These are so beautiful!” Later, I asked mother what the lady meant. She went into a long explanation using additional terms that my young mind did not yet understand. She said that beauty made us happy; the opposite was the word ugly. I questioned what was ugly. My mother told me that the coal mine, which stood across the street from our front yard, was something ugly.

I did not reveal to her that I often stared out my bedroom window at the mine’s colliery, awed by the dark power of this massive black structure with its three tall brick smoke stacks, and many angled girders and shafts, and the coal trains coming and going, filled with anthracite artificially painted blue to sell in New York City, and the miners emerging from the tunnels with soot-soiled skin in the evening and returning in the morning with clean faces going back down again and the whistles and bells that screeched and clanged like some strange music.

The coal mine and its buildings are gone now, replaced by a housing development, and my mother’s garden has been paved over to make a parking lot. And I, older and supposedly wiser, am still struggling with a definition for beauty. 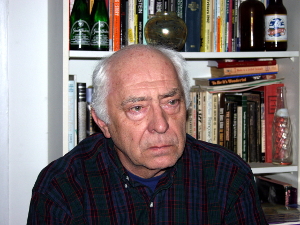 Stephen Poleskie  is an artist and writer.  His artwork is in the collections of numerous museums including the Metropolitan Museum, the Whitney Museum, and the Museum of Modern Art in New York. His writing, fiction, nonfiction, art criticism and poetry has appeared in many literary journals both here and abroad.  He has also published five novels and two story collections, and been included in five anthologies, including “The Book of Love” from W.W. Norton. Stephen Poleskie is a professor emeritus at Cornell University. He lives in Ithaca, NY with his wife, the novelist, Jeanne Mackin. More at: StephenPoleskie.com