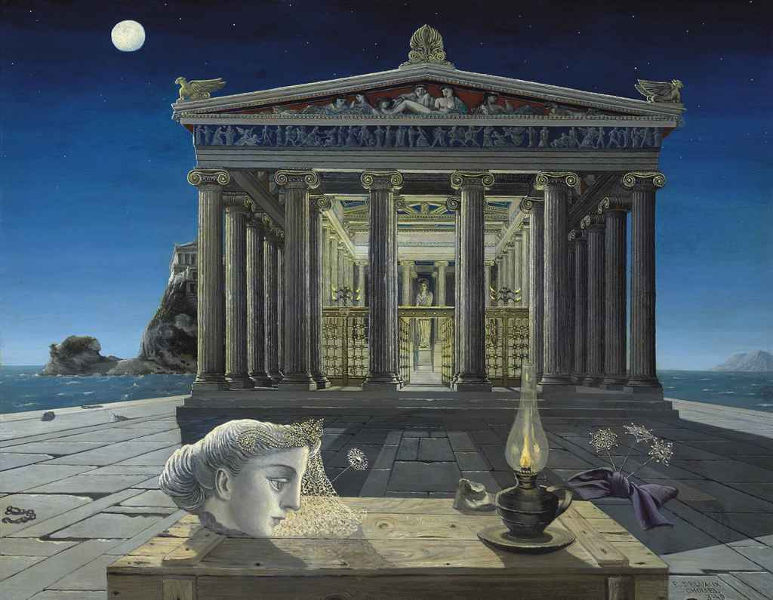 Scene 1
(Night. Paris is pacing restlessly in the gardens in Sparta. He’s asked Helen to run away with him, and doesn’t know if she’ll come to meet him that night).

Paris:
To fragile hope, desire still clings,
Her memory it is, that keeps me sane,
In my heart, her name still rings.

I dream on, though might be in vain;
Stay with me, darling, I’d beseeched,
Though longing for her is a big strain.

Yet she left, her trust I had breached;
Crumbs of attention, she sometimes flings,
Without her, I feel like a whale beached.

Though wounded, my heart once again sings,
Yet despair hasn’t left it’s stain;
Through the haze, she beckons and swings,

Will ever I hold her in my arms again?
A world gone grey, all colours bleached,
Of her parting, could I bear the pain?

Through rings of nostalgia, past can’t be reached;
Lightly she plays with my broken heart-strings.
Her love fills my heart, just can’t be leached.

(Day. The palace gardens of Troy.

Two hand-maiden follow Helen, and she talks to them. One of them carries a round polished plate, which acts as a mirror, and which Helen consults from time to time. The second one carries a comb, and other beauty accessories. She tries to comb Helen’s hair whenever she stays still long enough. Both the hand-maiden mirror Helen’s expression or body language).

Helen:
Rowers, soldiers cursed my name,
Mirror confirms, I haven’t aged.
Hoping to glimpse me, all the same,
Though thick war around me waged.

Wrinkles if my skin could crease,
A trap for Troy would they lay?
Jealous hearts I can’t appease,
Illium kept me, has to pay.

This battle’s for immortal genes,
Can I blame Paris for his love?
They want me back by any means.
He shipped me away from covert cove.

(Helen stops, and points out Hecuba, whom she can see in the distance)
If only Hecuba had been nice,
But pride is not her only vice.

(Helen stops, and points out Cassandra, whom she can see in the distance)
Flames of future smoke her mind,
No shred of peace can Cassandra find.

Thinks she’s above me! The golden girl,
Who cannot access prophecy’s whorl.

The only one with no envy,
She looks through me, in her misery.

(Helen stops, and points out Andromache, who approaches them rapidly)

Small in her jealousy, Hector’s wife,
Is like all women, with a short life.

(Andromache passes Helen by in the narrow stairs of Troy. Andromache is carrying a spear, and tries to push Helen aside)

Helen:
No need for weapons has one, such as I,
Like you sour, ugly, old women dry.

Andromache:
If one day you lost your shallow looks,
We would soon snap your petty hooks.

(Socrates and Phidias are before the Assembly.
Socrates is examining a small scale model of the Parthenon.
The Assembly is trying to decide whether to give the funds to Phidias to build the temples on the Acropolis or not).

Of what tales did Orpheus sing?
We’ve forgotten we live in a cave,
To which other realms have songs taken wing?
Ignored the wisdom that Socrates gave.

In Homer’s epics of tales strange,
Did magical numbers juggle their part;
Played on emotions of full range?
How did Pythagoras balance his art?

Socrates (examining a small scale model of the Parthenon):

Is it frozen flesh? Immortal stone?
Marble shaped in poetry form,
Used his breath of life to hone.
For Phidias, excellence was the norm.

Though harmony, proportion the Parthenon shows,
Will it see golden Hellas through its highs and lows?

Socrates:
Does truth spiral down in circles wide?
Phidias:
Our culture is built on the golden mean,
Socrates:
In its core what does it hide?

Why’re dark and light side by side?
Phidias:
In ancient structures is it seen?
Socrates:
Does truth spiral down in circles wide?

Swept through centuries, like a great tide.
Phidias:
Does it map out how things could’ve been?
Socrates:
In its core what does it hide?

In words and tunes, through ages does it ride?
Phidias:
Why on veracity aren’t we too keen?
Socrates:
Does truth spiral down in circles wide?

In human consciousness will it abide.
Phidias:
Is it reflected in mythical sheen?
Socrates:
In its core what does it hide?

Plucking history’s lessons, ahead can we stride?
Phidias:
From old stones what can we glean?
Socrates:
Does truth spiral down in circles wide?
In its core what does it hide?

At our own peril if we choose to ignore,
Ghost of Phidias:
Balanced proportions, in motion caught,
Ghost of Socrates:
On our golden past if we shut the door.

If we choose not to learn from myth and lore,
Ghost of Phidias:
Their frozen intensity, highly wrought,
Ghost of Socrates:
How will we reach the Elysian shore?

History’s lessons we’ll repeat like before.
Ghost of Phidias:
Did Socrates take hemlock for naught?
Ghost of Socrates:
On our golden past if we shut the door.

In all legends there’s truth at the core,
Ghost of Phidias:
To shed light on truth the poor seer sought.
Ghost of Socrates:
How will we reach the Elysian shore?

If bold columns will stand no more,
Ghost of Phidias:
Through centuries they’ve refused to rot.
Ghost of Socrates:
On our golden past if we shut the door,
How will we reach the Elysian shore?

So long ago they lost the wall.
Will reeds sing again at its core,
Till their wisps reach Elysian shore?
Soaring gracefully, columns enthral.

A waft of incense, a hint of a hymn?
Gold sighing hall of world antique,
Misted by time, in haunted dreams.

A flicker of a Muse in silver soft dim?
Though broken, empty, yet unique.
Still, sewn by sunbeams are their seams.

What are the building blocks of the universe? Are they symmetrical, or chaotic? For how long can the material world last if it’s built with streams of chaotic particles? Why is the phi symbol so important to our world? Why do natural forms built with the golden mean incorporated into their structure seem generally pleasing to the human eye? Perhaps because this number surrounds us in ways we haven’t completely perceived yet. Do our own cellular structures have something to do with this number?

It occurs in nature, and can be found in pieces of music, celebrated works of art, and even in the architecture and placement of certain ancient monuments in relation to each other. Why is this number so important? Is it because of the harmonious shapes it gives rise to?

Therefore, does a harmonious progression lead to a beautiful object or creation? Specially if contrastive elements are added to it? One can think of the usual suspects such as Leonardo’s paintings, or Bach’s compositions.

What about chaos? Doesn’t it have its own sort of beauty? Perhaps. But for how long will structures composed of discordant elements last? No doubt the The Abstract Expressionist movement has its place in art history. However, was it born and encouraged because of the Cold War, its popularity manipulated from behind the scenes by the CIA in order to convince the world that the US was not losing out to its enemy in the artistic field too?

Though now the shape of many buildings celebrate the asymmetrical, perhaps they’re still standing because of certain forces counter-balancing each other in equal proportions.

Masaru Emoto’s best-selling book The Hidden Messages in Water shows that exposing water to beautiful or positive words, thoughts and images creates visually pleasing and harmonious patterns when water is frozen and its crystals are examined. While his work has been criticized, and it’s been claimed his methods weren’t scientific enough, other scientists haven’t published best-selling books proving the reverse so far.

In fables, Beauty managed not only to tame the Beast, but also to transform him. After all, how long can life exist in a chaotic universe? Beauty and harmony are not only essential for life to go on, but are also important for the next stage of evolution to occur, so that organic forms can unfold into more complex and refined shapes. 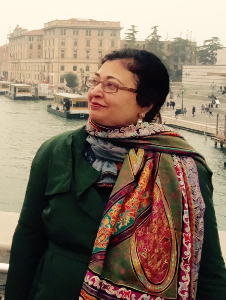 Sultana Raza’s poems have appeared in numerous journals, including London Grip (UK), Literary Gazette (USA), Caduceus (Ed. Yale University, USA), The New Verse News (USA), and on The Society of Classical Poets website. Her fiction has received an Honorable Mention in Glimmer Train Review (USA). She has published many articles on art, and films, and presented papers on Romanticism and Fantasy at international conferences. More at:  https://www.facebook.com/sultana.raza.7
and http://sultanaraza.tumblr.com/.