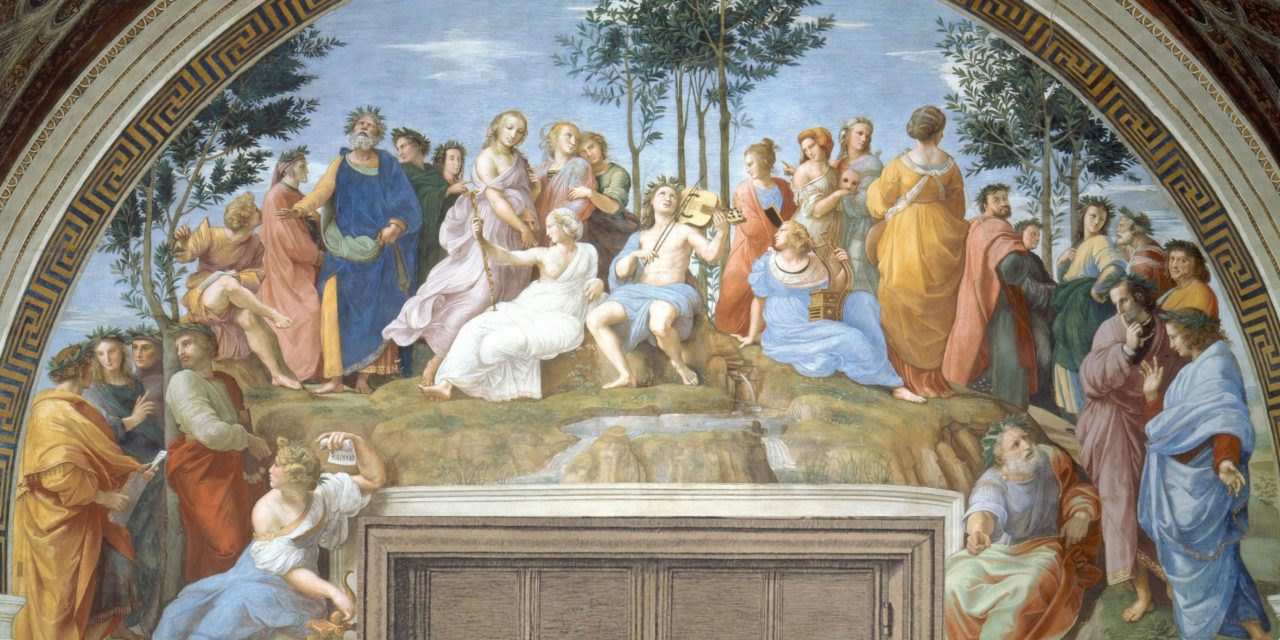 One morning when he was out for a stroll in summer, in the snow — for, in that country, it snows in the middle of summer in the warm sun, and snowflakes, white but not cold, catch on jasmine vines and lily clumps — the son of the King of the Pale Islands saw on the ground something shining like diamonds and silver, gently quivering like a harp strummed by a woman’s fingers. This light form, if it were smaller and pearled with the tears of dawn, could have been a dove’s wing, torn off and dropped by a goshawk’s talon. But it was large, with a little azure remaining on the tips of the feathers, no doubt from having crossed paradise. It was the wing of an angel; there could be no mistake. At this sight, the king’s son felt languidly melancholy. How could it be? Had a divine messenger, perhaps in a battle with some dark spirit, perhaps in a blast of infernal wind, lost one of his wings? Had he committed the imprudence of landing one evening — mistaking the room — near the over-perfumed bed of one of those cruel women who have no dearer delight than to wound what flies and to pluck the feathers from illusions? Often, one caress or one breath from a woman is enough for a wing to fall. Whatever it was, he must have been in great pain now. On the evenings of balls where angels dance with the prettiest of the eleven thousand virgins, what humiliation and what sadness for him to be teased by his heavenly brothers for being the poor awkward one who waltzes badly, being lame. Lame? Certainly. Since angels are not bodies but souls with feathers, they do not limp with their feet but with their wings. Because of this probable pain, the Prince of the Pale Islands was absorbed in painful reflection. In his compassion, he could not bear the idea of a cherub or a seraph like a wounded wood pigeon; and this thing he found, so white, like diamonds and silver and gently quivering, he decided to return to whoever had lost it. But that was a plan more easily conceived than carried out. How do you find an angel who is missing a wing? One cannot easily enter a heavenly abode. And as for putting notices on the town walls throughout the whole kingdom so that one of the Elohim who had lost a precious object could find it in the king’s palace, that would be a wasted effort; angels are not in the habit of walking the streets like human idlers. So the young prince was quite perplexed. He thought he would do well to consult a little sweetheart whom he loved without her parents knowing. She was the daughter of a woodcutter in the forest. With the wing under his arm, he went off to see her.

He met her at the edge of the forest, not far from the small thatched cottage where she lived.

“Please tell me, what news?” she asked.

“An angel has lost one of his white wings.”

She reddened, but did not seem surprised. It was as though she had already been informed of this regrettable incident; and when he added “I have decided to return it to him,” she lowered her eyes and her color deepened.

“My dearest,” he continued, “you alone can tell me what I should do to ensure my plan succeeds. You are so pretty and so pure that all the heavenly spirits meet together in your thoughts in the day and in your dreams at night. And since you listen to them, it is impossible that you did not hear what has happened to one of them.”

“Alas, I have heard,” said she. “I learn of things as much as possible; it was my guardian angel, in fact, who lost one of his wings.”

“Is it true? Your guardian angel? Now, there’s a singular coincidence. Tell me, I beg you, how this happened to him.”

“It was your fault, I can assure you! Do you remember the walk we took together the other night under the lemon trees when the stars were twinkling like golden fruit?”

“How could I forget it? That was the evening when you let my lips touch your cheek for the first time, and, since then, my mouth has been perfumed as if I had eaten roses.”

“Yes, that evening, you gave me a kiss, but, though it was lovely for me, it was cruel for the angel following me up in the branches to warn and protect me. One of his wings flew away from him while your kiss was touching my cheek. There is a law for guardian angels whom heaven entrusts with young girls, that they must be the first victims of sins that the girls commit.”

“Oh! What an irksome law! I imagine your crippled angel must be very distressed.”

“More than you would believe! Shamefaced, sickly, incapable of returning to heaven even if he dared, he is despondent and weeps; and at night it grieves me that I cannot dream of you, for with his wailing he prevents me from sleeping.”

“It is important, then, that we return his wing to him, at any cost! I don’t know how to repent of the wrong I’ve done, but I would still like to find a way of putting it right.”

“I think there is a way,” she murmured.

“We would have to (she was speaking so quietly that he could hardly hear her), we would have to return things to the way they were before our walk beneath the beautiful lemon trees. My angel lost his wing because I received your kiss; he would no doubt get it back, if … ”

“If I gave you back the kiss!”

As she said these words, shivering and with abashment on her cheeks, she had the air of a shy plant that would rather be a rose; and as the prince approached her, ecstatic about the means she had invented, she fled through the low branches which, when shaken, scattered diamond and gold droplets in the sunlight.

He ran, caught up to her and made her sit at the foot of a myrtle taller than the tall oaks. In the deep mystery of the woods, amid the silence of the nests where birds had ceased chirping in order to hear, he spoke to her on his knees as one prays in a temple.

“You, whom I love! You, whom I adore! Why do you run from me after giving me your word? Did you give me the hope of your lips on my cheek only to leave me more bitter and despairing for not having felt them gently touch me? Oh! How the flowers are delighted when the trembling wings of a skipper butterfly close around them; it is out of sheer pleasure that water ripples when dragonflies land; we cannot imagine the joy of leaves brushed by a dove. But how much happier I would be than the flower enclosed by a butterfly, and water under fluttering damselflies, and foliage caressed by feathers, if your mouth — ah! your mouth — touched me with its breath of a rose!”

She did not reply, she turned her head away, did not want to see the darling childlike face, radiant as the morning, which she would have kissed for so long and with so much pleasure.

“So, then, you are cruel, since you do not want to! I would understand you refusing me the incomparable joy I beg you for, if it were only me you did not love enough. But, oh, wicked girl, do you not think of your angel crying over his white wing? Are you forgetting that in returning the kiss you received, you would be giving him back the freedom to fly among the clouds and stars of his paradise? How unfortunate he is, and how he is to be pitied! He drags himself about on the ground instead of soaring toward the dawn; accustomed to shining with light, he is now grey with dust. Have you ever seen a half-dead turtle-dove that wants to return to its branch, but cannot? Your angel is like this bird. Ah, the poor thing! If you do not pity me, at least pity him, and reconcile yourself to making me happy so that he can be!”

It was certainly on consideration of this that the hesitant young girl yielded. She deemed it her duty to consent to the happiness of a man for the happiness of an angel; and, slowly, with the delay of things that know they are desired, her lips came close to the young cheek in bloom. They kissed it! Something rustled the branches. It was the angel flying away joyfully, with two wings. Except, the two wings that had been white were rosy, like the two kisses.

I wish you could see what I see. A vast blue port sparkles in the afternoon sun that shines its bright band across the water. The dazzle makes me look left of it toward the bays and inlets and forested hills on the opposite shore. Below my balcony a cliff held together by lush shrubby trees drops steeply away to the esplanade, quiet on this cool May day. Boats gently rock in the marina, their white hulls glary in the sunlight. And moored some distance from them, separate and different, in my immediate line of vision, is a single bottle-green sailboat of a time gone by. The sun glows more orange as I write; it descends toward the horizon and pelicans and seagulls are silhouetted before it. Like a painting, a number of elements are coming together in the scenery to create beauty. If I removed them one by one, and reduced my view to, say, the distant green hills, beauty would not be on my mind. For it’s subjective. For some, scenic beauty is in misty mountains, the sand dunes of a desert, the stalactites of underground caves. For me there must be a body of water and signs of human activity. And by sheer blessing I can sit here gazing at this port day after day, until my holiday is over. 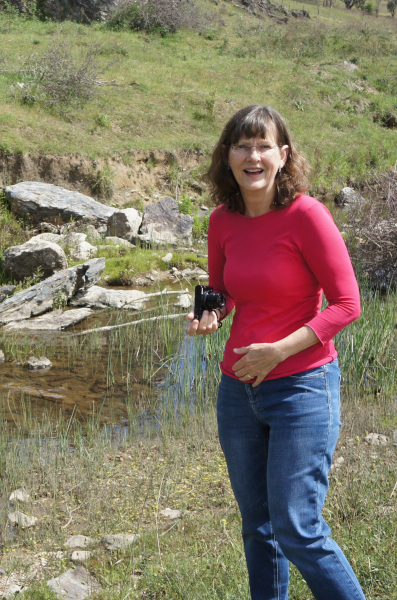 Patricia Worth is an Australian literary translator. Her English translation of George Sand’s Spiridion was published by SUNY Press in 2015. Fifteen shorter pieces have been published in Australian, New Caledonian and US literary journals, including Southerly, Sillages d’Océanie 2014, The Brooklyn Rail and Eleven Eleven. More at: soundslikewish.org/

Catulle Mendès (1841-1909), a French writer of Portuguese descent, was allied with Parnassian poets who advocated restraint and technical perfection in writing, using fantastic tales to criticize bourgeois values. Mendès wrote prolifically, producing among other works a number of original and reworked fairy tales aimed at a Decadent adult readership.