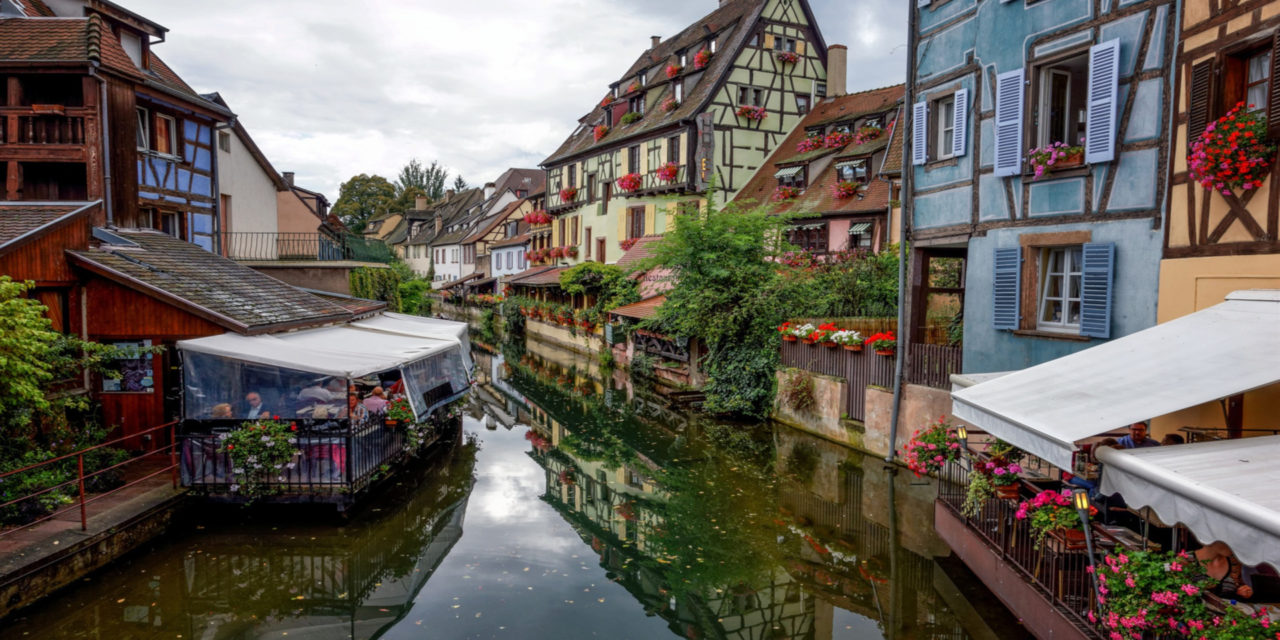 Lives in the shadow of the Diner sign,
his bed a shadowy blue neon 24/7.
Ain’t nothin’ much in Ludlow—Abe
sells gas and gives directions to tourists
travelling the infamous Route 66.

Just over the tracks, the house where he was raised.
Main house and staff house, nary a window between
them both. He parks there sometimes,
watches the train through the ruined doors,
front and back frames open to the odd fox
creeping through.

Abe had his first proper kiss in that staff house.
It was spring, the dry ground blossom-rich
with yellow flowers, cholla standing straight
and proud as always. And Mary, a compass
of thought and feeling across her sunlit face,
knew Abe’s loneliness; she was a friend first,
lover second.

A sweet string of years, here and gone,
never forgotten. The streets go about their rhythms,
wind and weather mark the calendar, and every spring
the full moon bears the aching beauty of Mary,
her hand on his face as she kissed him one last time,
then boarded the train, the silhouette of her burning
through her thin flowered dress, lodging in his heart.

Mornings at the Stadt Café

The waitress knew:
he took his coffee light,
and he took it early.
This visitor, boots muddied,
neck turning brown with the sun,
strolling the cobbled streets
through fields to the roads
of his imagination.

A broom smelling of cinnamon
on a wall every texture of brown
takes him back. The next
village over in any direction
has that same smell, those same textures.
Mutter’s cottage. When as a boy
they went on break from school.
Now a bakery. Still, the fragrance
the same as the underside
of Greta’s hair, Her farm-girl beauty
fragile as a wilting wildflower,
her embroidered apron with pockets
holding kuchen wrapped in handkerchiefs,
one each.

He could write his whole story
each morning at the Stadt Café,
but ventures out instead to read
the next chapter among the grasses
and crumbling sheds, the dark soil,
the remembered earth.

Sophie-Violet had a smile
as sunny as her name.
Well-liked by all,
the apple of her daddy’s eye.

Not enough words to describe
her kindness. Set a good example
she had always been taught,
the Mississippi is a river

that doesn’t forgive, don’t be caught
on the banks with nowhere to go.
Sophie-Violet took that to heart,
then she discovered Europe.

And trains. Squeezed into a sleeper car
with a big Italian family, Mama took down
a suitcase filled with salamis and cheeses,
and rings of bread with sesame seeds.

Papa produced a few bottles of Chianti,
a corkscrew and a bottle of Grappa.
They put out their cigarettes, shared
the feast. Sophie-Violet found herself

in the passageway with Angelo, the son.
She felt his arms around her, his eyes
darkened with lust, lips stained and tender.
As the train rocked over the Arno,

Sophie-Violet became Sophia-Violetta.
The sound of his whispered words,
in a language of secrets, changed all she
had brought with her, would not bring home.

She runs miles each day.
Even when the clouds are fraught
with snow. Even when the sun
shoots arrows through eyes.
She runs as if escaping,
and in truth, she is.

Demons from old struggles
follow from her days
to her nightmares.
A couple shots of Cuervo Gold
buys a couple hours
of dreamless sleep,
before it starts again.

Her choice of road rises
into foothills while dust devils
rake the desert floor below.
She climbs the distance
ravens climb. Cactus gives way
to fir, fir gives way to rock,
and still she runs.

A quick wind creases the air,
warns her to turn around.
Look at the horses already
reined in and protected,
the cottonwoods darkening
with oncoming weather,
not oncoming night.

Go home the voice in her says,
before the storm comes.
Runoff hustling over river stones
makes a good run a trackless
pick-your-path and don’t stop run.
Daytime fright with no tequila,
go home. So she turns back.
She is driven but not unwise.
She hits her door. The alarm clock
of the desert’s slow and seamless hours
explodes.

I’m just a man who finds himself
waking in a nowhere city
in a room’s unanswered silence.

There’s a woman looking out the window.
She watches the birds in the raw sunrise.

As colors sharpen in the breaking light
I see the rust of her hair as it cascades
over her shoulders, the odd strand curled
lazily across her empty pillow.

Last night she was a face in my glass.
Her voice thick with bourbon, she explained
her flair for the battered and broken.
I don’t deny I’m like a shoreline of sawgrass
tamped down by the tide, a path fading
into the bayou, a willow that can no longer weep.

In the soberness of breaking light
I want to take back the myriad of miseries
I confessed last night, those I remember,
those I lied about to entice her, those I dreamt.

She was only half-wrong about me,
and much more damaged.

The wind a dry whisper through the mossy oaks
carries the sound of the Delta Southern—
my getaway and my redemption.

I can still feel the loose perfection
of our parting kiss cooling on my lips.

Beauty is a museum-quiet stillness that allows all our senses to fully bestow a sense of calm, clarity, charity and empathy, on ourselves and hopefully on others. A kind smile at the chubby little girl with terrible self-esteem. Silent tears as you realize no matter what else has happened in your life, you remember all the words to an old song playing on the radio. Who you were with and what you meant to each other. The smell of jasmine blossoms by the front door that remind you inside is a safe place. Sharing the taste of a perfectly symmetrical waffle, with a dot of real maple syrup in every single square. A light touch on your face by someone who loves you without condition as you wake. 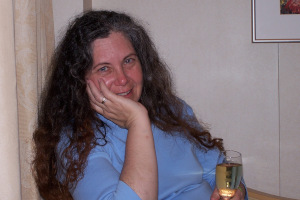 Tobi Alfier (Cogswell) is a multiple Pushcart nominee and multiple Best of the Net nominee. Her chapbook Down Anstruther Way (Scotland poems) was published by FutureCycle Press. Her full-length collection Somewhere, Anywhere, Doesn’t Matter Where is recently out from Kelsay Books. She is co-editor of San Pedro River Review (www.bluehorsepress.com).