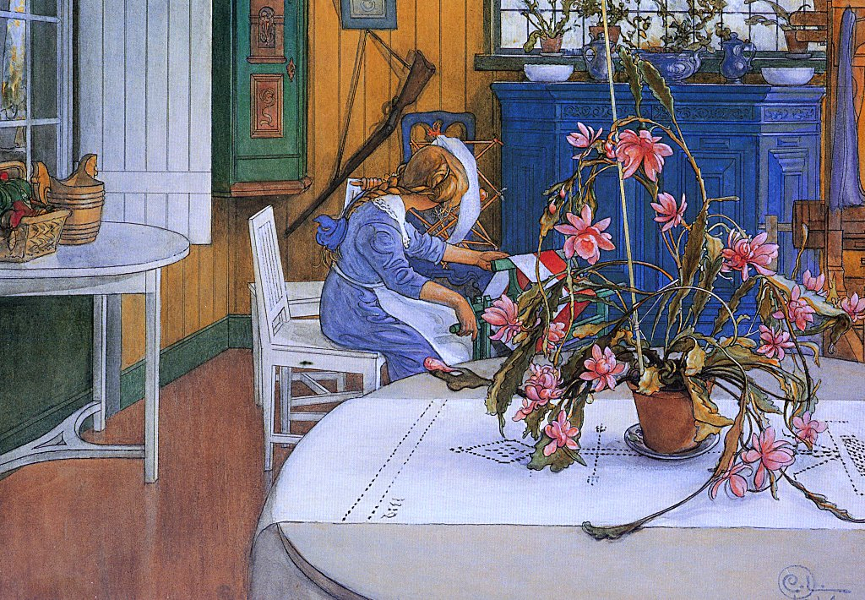 It’s Junk Day, so every corn cob or hilljack is rumbling their trucks
around the town at curb-shopping speed. The lawnmower’s not dead yet,
only mostly useless, the scavengers say. Merely a flesh wound. It’s true,
unmechanical consumers might ditch toasters rather than fix loose handles.
The owners of home appliances dislike but firmly believe
they’re ruled by planned obsolescence. So they chuck it,
they shitcan-and-replace. They latch on to letting go
of plastic items with gears that wanted oilings, seized up.
Someone unaware of metals markets tossed a coil of copper out here.
It’s weight required an engine hoist to load into a pickup’s bed,
haul to the Grey Area outfit near East Jordan. The cash spoils
bought a new truck. Word travels, so every part-time handyman
with four wheels is on the case, carting off what homeowners
with hoarding issues don’t bother to hoard. That’s why I’m rolling
at five miles an hour down the shoulder in my Ford Ranger,
a treasure-finder blending with still-hopeful hunters. Together
we take half the burden off the trash trucks (due tomorrow).
We comb through the dregs of the unwanted, the twice unwanted.

Another year older beats the other, and it’s morning in America for someone else. It’s actually seven forty-five. Her husband watches the Doomsday Channel. Once she watched it, then showered thoroughly. She married a winged marvel who went into a cocoon and emerged as a worm. He thinks it’s five minutes to midnight. It’s about time, she thinks. Or let’s stop talking about it. He’ll end up murdered by gays, immigrants and poors, despite constant guard against those executioners. He shouts at Doomsday puppets on the magic box. They shout back, nobody wins. Certainly she’s losing. No birthday gift, but at least dinner out. Where does she want to go? She draws an ocean-swallowing breath, in case she needs oxygen under water. Instead of saying, “Nowhere,” as he hopes, she finally says, “Away.” It’s seven forty-seven on the only day and time is disappearing.

Benny’s not a dentist, but he plays one
at the house, on himself, using power tools.
There’s no co-pay, and it’s all you care to eat
on anesthetics. You roll the dice with the Dremel
cutter, zip through a couple cavities and grind
vampirical points toward the flat. Fine,
until it isn’t fine. One slip’s enough
to necessitate an ER visit. Rush Hospital,
a place where everyone knows Benny’s name.
He asks about customer rewards, flyer miles
or a punch card with the tenth trip free.
Benny stretches piano wire in the stead of
expensive braces. That’s on hold since
the disaster. Towel held to mouth to catch
the free-flowing life essence. An oral surgeon
is being flown in from his golf green
to mitigate Benny’s mistake,
the meter running, jawbone hangin’ loose.

It’s a ten pound hamburger
beneath a mass of bacon on a bun
that’s a loaf of rye bread, and Benny
showed up hungry. Finish in an hour?
His picture added to the wall of chow-hound legends
who’ve consumed improbable meals,
who’ve gambled with cholesterol, and won.
Leave one bite? The bill’s forty bucks.
No charge if you finish and don’t hurl.
Dis-eating disqualifies. Obviously.
Benny games these restaurant challenges.
He arrives on day five without food, ready
when they bring his plate, a spare tire
of a chopped steak, rare. Other patrons
stop their chatter and mastication
as he closes on an empty plate, greening
at the gills but hopeful. Not looking
directly at the bucket the server brought
for handling episodes. It happens often
to lesser competitors than ole Benny,
a gastronomic question mark who’s currently
a pound away from gluttons’ infamy.

The pyro pirate ignites and extinguishes out in the garage,
a latchkey menace left to his own incendiary devices.

The research questions: How big is too big?
Where lies the outside edge of human control?
Only one way to find out, just one outcome likely
from combining oil-rag piles and strike anywhere matches.
Blue tips, blue flames, stretching, climbing, climbing, smothered.

Where’s alpha and omega? Who divines the triage order?
How to know refuse from the hand-signed Magna Carta?

Pyro pirate, dormant so long makes the matchbox swiping motion,
aware from experience how much exactly is too much.
Like Justice Potter Stewart, the strike-anywhere man
knows excess when he sees it, he knows what to do.

What with the social progress we used to experience in the United States, Beauty was almost superfluous. It wasn’t usually political. Pragmatists tended not to give it much attention.

Since a particular election Americans wake up each day, rub the sleepies from our eyes and ask the morning question of their news sources:

What’s been ruined forever since I fell asleep?

We identify the new ruin, lament it back and forth with our fellow lamenters, then, you know, try to pick up our productive days as we did in normal times.

That plethora of ruin begs for an antidote. If we believe that Justice isn’t forthcoming, Progress is over with (for at least over for the foreseeable future), we reasonably conclude that we’ll need to turn elsewhere for solace.

So now we actually need Beauty; we’re in deep trouble without it.

Some of us are embarrassed to have set Beauty aside as unimportant. We’re back with our hats in hand, wearing solicitous smiles.

I sidled timidly up on Beauty not long ago. It recognized me as a fellow neighborhood person, but it couldn’t remember much about me.

Beauty asked with one eyebrow raised, “Where’s your buddy Pragmatism? I don’t see him in the area.” It turns out Pragmatism was diverted on to a busy-work errand sometime last year. No one’s seen him since. It’s a letdown.

The mode of Beauty we traditionally think of is generally intrinsic, partly a function of genetic luck in people. That form can be fascinating, Beauty that one can see, that just is, in and of itself.

Back when my new bride and I were dating, she would respond to the mention of certain fellows by saying, “He’s such a beautiful man.” At first I thought she was uncommonly comfortable praising other men’s appearances. That was incorrect. Sometimes she’d mention a woman, similarly labeling her “A beautiful human being.” She was commenting on personal character: exceptional kindness, action that helps others or advances shared knowledge. Those qualities impress her. The sensibility of that is part of why she impresses me. I felt better after I understood my wife’s criteria of judgment wasn’t centered on physical looks.

We should focus more attention on the willingness to self-sacrifice, on concrete representations of empathy in real-life action, and on the modeling of better ethics where they are still allowable.

We’re in a bleak moment historically. There is plenty to lament, if we are paying attention to national affairs. But during this one-and-probably-only life, it’s vitally important that we make note of and take fuel from the beautiful, affirming, hopeful actions of friends and strangers alike.

We’re used to being impressed by curves and muscles, well-designed clothing and skillfully-done haircuts. Beauty is now an action, it’s bravery in uncertainty, it’s a decision to choose and maintain empathy while the loudspeaker is calling for dog-eat-dog behavior, calling for an end to mercy.

Beauty can get us through. Keep an eye out for it. 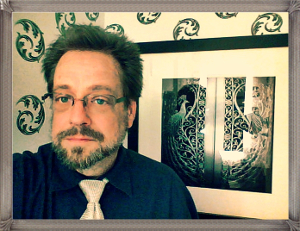