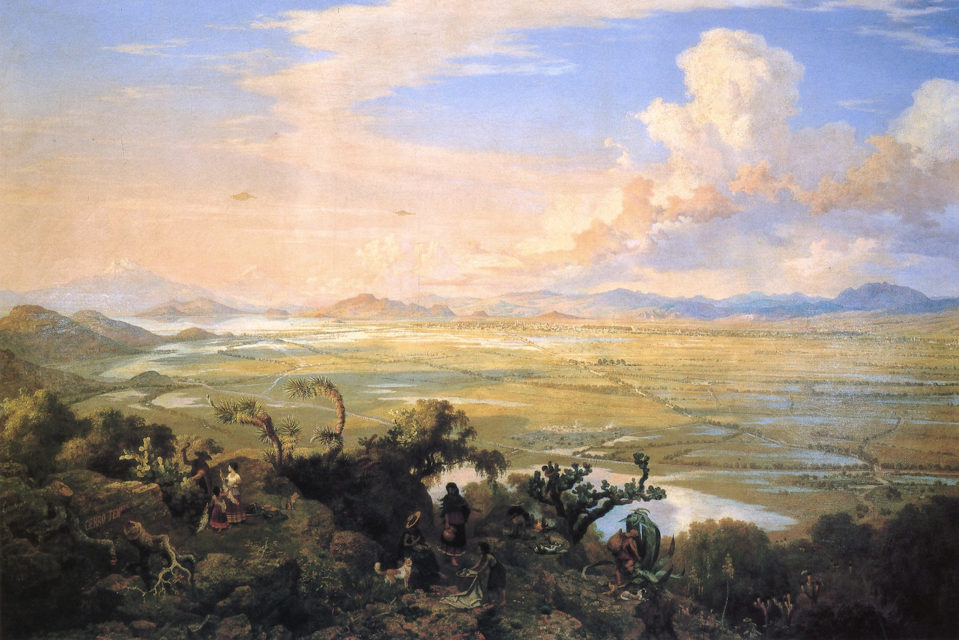 It wasn’t supposed to be this way. After she’d cleared security, ready to fly across the pond from her adopted land of Boston, Massachusetts, USA, to Manchester, England, she’d checked her mobile one last time before switching to airplane mode. And found a text informing her that, regretfully, her interview had been cancelled, due to “unforeseen circumstances.” Her interview that was scheduled four days hence, for a teaching position in the Centre for English Language and Literature at the University of Salford. The interview that was to be “almost a mere formality,” according to her source on the inside. —- What could she do but get on the plane?

Seven-plus hours later she was hiccupping her way through customs and in one more hour she was in a drab-but-suitable room on a tiny road off High Street in Manchester. It came with a view of a massive Buddhist Centre and as she did occasionally meditate, she thought this the first auspicious sign since the apologetic mum and her miserably uncomfortable toddler were able to find alternate seats on the 777, or whatever it was, far away from Veronica and what their boarding passes said.

But there were these bloody hiccoughs — “damn” hiccoughs, to use the vernacular of the States. Even had the toddler not been screaming, the mother might have moved them anyway, to flee Veronica’s continuous A-rhythmic jolts. She didn’t get them often but when she was nervous they arrived {attacked?} like mozzies on a summer night.

After her first full day — that she spent in the half-sleep of jet-lag, she determined to explore the city, to take advantage of the opportunity. She had often claimed that “found time” was the greatest gift, and here she was with an unexpectedly empty diary. She considered calling her university connection but the message had specifically stated “we will be in contact with you but no earlier than the end of the semester.” The semester that had begun a week ago. As she thought about this situation, and its link to her financial situation, the nervousness – and hiccoughs – returned.

She strolled the old city, walked – and hicced — until she was lost and then walked longer until she found her way back to familiar landmarks, enjoying the extended sunlight of September. Still, she was in bed shortly after the seven-thirty sunset.

The next morning, she tried Earth Café that attached to the Buddhist Centre. She laughingly told the barista (she wasn’t sure if that word had crossed the Atlantic): “I didn’t come for the morning meditation because I didn’t want to ruin everyone’s experience.” The rather attractive barista, she confessed to herself, as he took her order for tea. He was tall, as she was, with a slightly receding hairline, and a face that was dimpled as if he were a young boy, though he was probably, like her, closer to forty than thirty. Forty-six was indeed closer to forty than to thirty.

“Run around a church three times without thinking of a fox.”

“Excuse me?” She dabbed purple jam on a scone as she spoke, trying to accomplish both actions as steadily as she could.

“For the hiccoughs,” he said. “Three times around a church without thinking of a fox. It’s said to be the cure for what ails you. I think. It’s the cure for something truly aggravating, I’m sure of that.” With that hedge of his bet he was off to serve a booth filled with four serious-looking young women.

“But wait,” she said when he passed her again, “does this place count as a church? I actually was going to go jogging today.”

He smiled: “Now that I’ve said it aloud, I’m even less sure of its purpose. It can do no harm, one suspects. It is a stretch, though, to call this a church.”

Again he left her, this time to speak with someone in the kitchen. Yes, his hair was thin but what remained was an enticing reddish-brown. She recalled the delicious word “vulpine.” He spoke like a local and she’d like to know this place better. Him, too, she whispered to herself. He was definitely from the North. She sounded like the hybrid she was, West London slash San Francisco slash Boston slash who knew?

She read:
For most people, a bout of hiccups usually lasts only a few minutes. Rarely, hiccups may persist for months. This can result in malnutrition and exhaustion.

Months? Malnutrition? She would try the church-jogging cure.

She placed sufficient pounds and pence next to her saucer. She exited the café and crossed the street to her room, changed into her running outfit and trainers and was outside again within a few minutes. The sidewalk directly in front of the windows of the café was an apt place to stretch. The sun was high and the air was cool, good omens for a run. The windows were large, too.

She began to trot, to circle the Centre, keeping it on her right as she did. She visualized the Buddhist Wheel of Life, the classic symbol for cyclical existence, with its emphasis on relentless effort to evade the enticement of craving. She extended her pace into a run, and soon she was breathing easier – not flawlessly, but better. At the end of one lap she was moving smoothly with nary an interrupting hic. She told herself if this did cure it, she’d meditate every day for a month. On her second lap, she wondered if the barista might be watching. On the third she thought about a fox.

Sitting with a friend, drinking hot chocolate and actually looking at each other, taking each other in. And more, truly listening to each other. There is no greater gift than full attention. That is the deeper beauty. And if it happens in a cafe in Bristol, England, or Oaxaca, Mexico, or Brisbane, California, so much the better. But if you were to ask me about “genius” then I’d go with Tallulah Bankhead, who may have said, “There have been only two geniuses in the world — Willie Mays and Willie Shakespeare.” 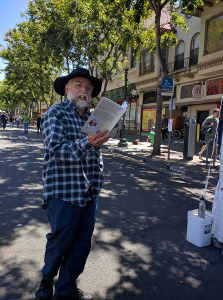 Tony Press tries to pay attention and sometimes he does. His short story collection, Crossing the Lines, was published in 2016 by Big Table. His stories and  poems may be found in print and online at Boston Literary Magazine, Right Hand Pointing, Turtle Island Quarterly, JMWW, and Riverbabble, among others. He lives near San Francisco but has no website.