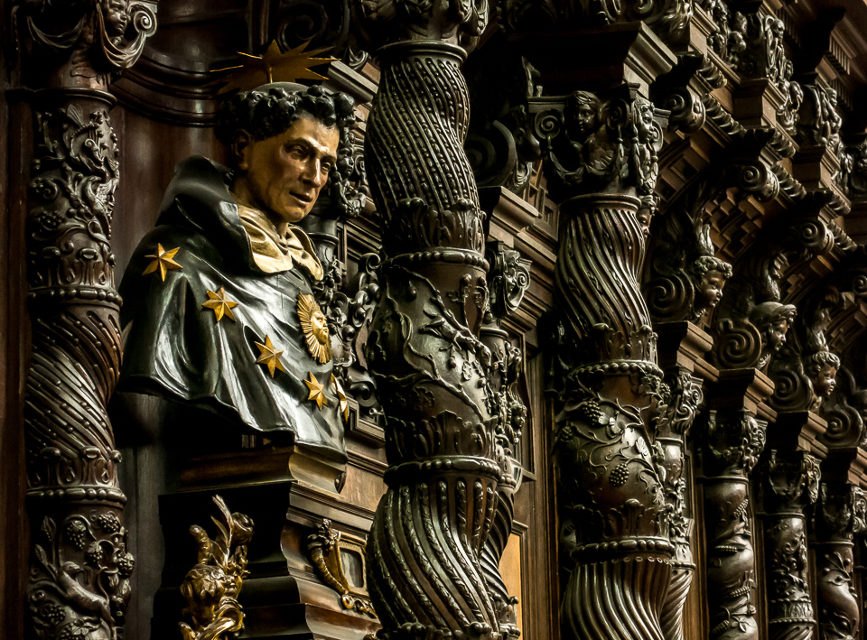 They were walking on the side of the road, on the sandy slope. Cars rode past them. The sun lit them from behind, cutting sharp the contour of their moving bodies. Yet their faces looked bright and clear, maybe due to their remarkable pallor. They were white as if bloodless, carved in marble. Statuesque. They were white, and glowing.

He had noticed them, briefly lifting his eyes from the papers he was skimming through—while he stood in his dark suit, distractedly fiddling with the tip of his tie. On the other side of the stage seats were filling rapidly. He was ready and perfectly calm, summoning last minute focus, deeply inhaling, tightening up.

He saw them without registering. Minutes later, while he climbed the few steps leading to the podium, they came back to mind like an afterthought. They were closer. The effect of chiaroscuro was less dramatic by now. The figures more distinct.

He held his breath—the girls were striking beautiful. He could not help an instantaneous surge of desire. The dresses, black and chaste, so tight they became provoking. Old-style, clasping their waist, expanding in full skirts fluttering in the breeze. Curled dark hair, shoulder-length, framed their faces—high-cheeked, oblong, full-lipped. Slanted, deep, thick-lashed eyes, tremendously appealing—with a tinge of apprehension, a slight anxiety mixing in.

He turned towards the stairs, trying to shake off the disturbance. He should not…

Why were they dressed that way? They might have run out of a movie set, of a theater play, not to miss his speech. Maybe they were members of some sect whose name he couldn’t recall.

The boy only came back to his mind at the restaurant.

He had toasted to his upcoming, unavoidable victory. He was feeling great, also tired. Tonight’s speech would be last until Election Day.

His hand, holding the glass, stopped in mid-air. He saw a flash, a reflection. The color of the wine strangely caught his eye. That is why! The boy had a carnation pinned on his lapel, like a large spot of blood. A red carnation—nothing could be more common. They must have come from a wedding, a christening, a baptism. They sure had to belong to some sect.  How are they called? How come he couldn’t remember?

The boy must have been the brother. He walked slightly ahead. The hat… The tailcoat, too large. The boy was emaciated. How come he had noticed it all in so brief a glance, then forgot? Now he vividly recalled.

The boy had a hooked nose, not inelegant, almond eyes, long hair pouring out of the old-fashioned hat like liquid, like tears. Lips purple—a flowery shade, unhealthy. An expression tense and fragile at the same time. A tinge of discomfort. Yet the girls were so beautiful.

And where did they go? Of course he had forgot about them as he had walked on stage. But they weren’t among the crowd afterwards

At the hospital he sat at her side as usual.

He had brought carnations. A nurse was setting the vase on her bed stand. The nurse was blond, appetizing. He could not avoid assessing her while she obliviously motioned around. As if he weren’t there.

She had stopped verbally communicating months before, when the campaign began. Irrational as it might sound, he believed she had done it on purpose. As if wanting to attract his attention, trying to wear him out. He had felt that way initially, then the rush had taken over. He had stopped caring, truly.

He still came, of course, once a week, and he talked to her like they said he should. About the campaign, the elections. He told her he would win. Then he told her he was winning.  Not sure she would care. She had always been kind of… distracted.

Now her hand had gone limp—like a loss of tonus. He looked at her face. Her lips were slightly crisped, corners lifted in a Gioconda smile. But her fingers had become mushy. He felt his own growing numb. “Mother? Mother,” he muttered.

He thought about the twins. Their chests, stretching the fabric of their dresses. There must have been buttons. Buttons about to burst. Their chest, lifted by their fast breathing, their brisk motion—breasts thrust forward, tapering down to incredibly narrow waists. The memory gave him a shiver of lust. Two of them. Two of the same. Together.

The boy leading them. askew. His hand, he recalled, pushed against his hip. Tense like a bird’s claw—a bird of prey. He recalled the boy hooked nose. Then, again, the hand pressed on his side, maybe against his pants pocket hidden by the tailcoat. Cramped long fingers. He remembered the red carnation, like a shot of blood in the eye.

“Talk to him. Keep talking,” they said to the wife. She sat there, wrapped in a tailored suit fitting her like a glove. She had kicked her high-heeled shoes under the bed, slipped her stockinged feet out of view. Exhausted, she needed some slack.

“Talk to him,” they had summoned her. Only she didn’t know what to say. Really.

“You have nearly won,” perhaps? He wouldn’t have liked it.

He would make it, they had said. She hadn’t doubted it for a second. This was just a bad scare—then, things always worked out. That is why she had married him. He would not disappoint her.

“Darling,” she sighed. Her nails brushed his fingertips while her jaw loosened in an unwanted yawn. She tried stopping it but she was swamped, faded, spent, washed out. “Darling?” His lips seemed to contract in a sort of smile. His hand didn’t move.

The young intern—broad, handsome and manly, she couldn’t help noticing—bent upon one of the machines surrounding the bed, studied it for a second or two while she held to him a questioning face.

“Good news. He has been dreaming”.

I wrote down my first reflections on beauty, long ago, while reviewing an installation by French artist Sophie Calle. She had asked a number of blind subjects what beauty meant to them, then placed their statements besides loosely related photographs. The exhibit so intrigued me I went back a number of times—reading, watching, reading again. All such pondering produced two conclusions. One—the concept of a beauty compounded, multi-sensorial, multi shaped. Sound of the wind, motion of the grass, smell of the sea, memories of childhood—interwoven, juxtaposed, polyphonic. Two—the irresistible need of capturing the epiphany of beauty. Keeping a reminder, a proof. A postcard. A picture, even invisible.

When I wrote “Beauty and the Blind”, Saint Thomas Aquinas’ definition came to mind. No idea how and when I had heard it—it popped up like a nursery rhyme. Thomas lists the components of beauty as integritas, proportio, claritas. I like the trio, though—being not much of a thinker—I’m sure I interpret each term in a most unorthodox manner.

To me Thomas’ proportio suggests beauty is made of parts. Bits and pieces, found objects, scraps, remains you lift from the floor, collect, dust off, repair. Then you mix them, delicately sew, glue, polish, repurpose. They can be anything. It doesn’t matter, since it all depends on how patiently—how curiously—you puzzle them up. You have to weave them until they become one.

They become integritas. This word evokes completion—the patience of finishing, which is the point of art. It means staying with the thing you are making until it detaches itself from the mold, ready to stand alone. Until it separates from you to live its own life.

Claritas, my favorite, translates as splendor. I’ve been asking myself what it truly means. What distinguishes splendor, for instance, from shine, brilliance, or brightness. I think it relates with contours. Not with borders or limitations, but with margins, edges, skin, surfaces. Take a step back. It’s about how the thing you have made detaches itself.

Splendor, if you look at something, is the infinitesimal halo separating it from the background. The invisible frame, soft, mobile, but perfectly traced. You don’t need to see it, of course. You can hear it, touch it, just sense it.

The beginning and end of experience. How a moment, a thought, a face, or a phrase, are appraised, understood, lived, remembered.

The opposite of chaos.

The work of attention. 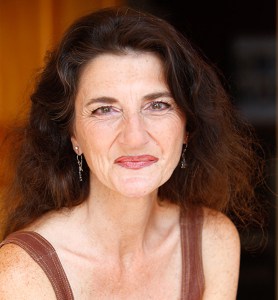 Toti O’Brien’s work has appeared in Entropy, Bindweed, The Courtship of Winds, and Pilcrow & Dagger, among other journals and anthologies. More at totihan.net/writer.html.