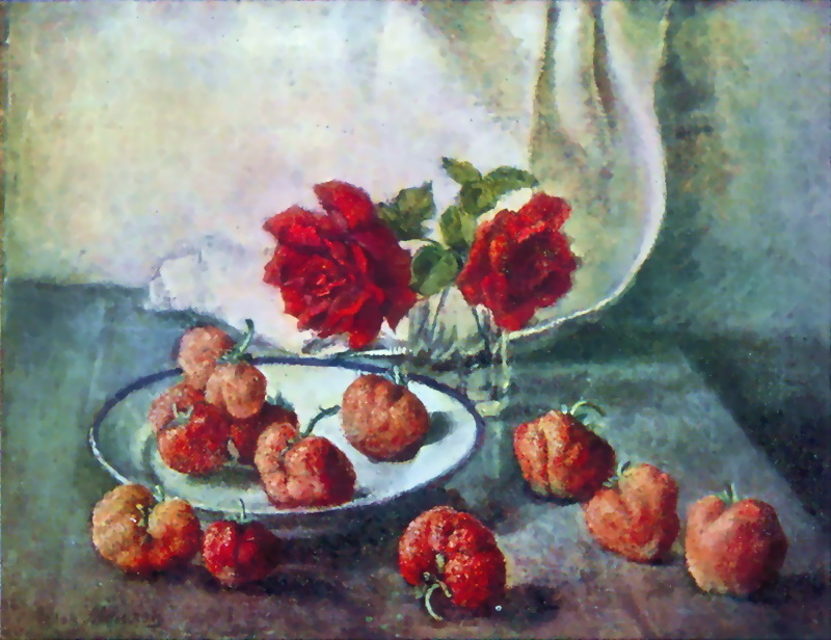 How To Be A Bay

Open wider than a yawn. As if the latch on your ribs slides its peg horizon-widen to the susurrus of water and waves, lapping. Lapping more protected than shorelines pounded by refugee waves on an irritable sea, familiar like whispers on silken sands.

Welcome floats of single-cells and many-cells. Mirror – give back to the universe the constellations of light from stars and diatoms. Allow space for one shipwreck, a tall-masted schooner or the boy’s willow-bark canoe. Be a place where agates bed down after tumbles, where petrified wood discovers wind-assisted tide.

Be an open harbor. Where the weary thrust heels in the sand. Where the sickle-smile moon invites the lost on the dock to cry.

in 1913 to protest Woodrow Wilson’s inauguration,
blacks behind whites. Today, arms linked, white canes,
eyes white to the march of women and men caught
in a throng of slow steps, a swirl of signs

they could not read. Beside me.
I asked of them, Do you need help?
You know where you are going?

They nodded. They had intentions
and direction. We face a throng line
of march past monuments to old men,

King, museums for history
of Native and African Americans,
repaved streets we take to again

and again and again, arm in arm,
not knowing what comes next.

The Witness of Rings

Each stump tells a story.
Years build up and out,
fat, lean, dry or green,
a few under attack.

Draw the rings of your heartwood.
Color the circles in a hue
that soothes you. Sketch
tight lines for years you forgot,

bark stretch of early memories –
swimming in the lake with alewives.
Shade under the napping crabapple tree.
The car with a clutch that you drove away

from home. That summer locusts erupted.
Concentric circles in certain years.
Swellings for tragedies or births
when a burl began to bulge.

Before you decay in the way of leaves,
pin up this wavery star chart and bull’s-eye
to an oak in the skyscraper woods
where your grandchildren play hide and seek.

Simple Signs & Messages
“What does not kill us makes us stronger.” – Friedrich Nietzsche

Grafitti spray painted on plywood in New Orleans after Katrina –
a busty woman in a blue dress points to a future
of muddy plywood and twisted jeans sodden in oily water.
Some artist believed Nietzsche

like I believe in postcards, hundreds I’ve sent
to encourage breathing.

At our thrift store cast-off postcards. Eighteen cents each.
Florida flamingos, Outer Banks beaches, a bald eagle, the Museum
of African American History & Culture, humpback
breaching in the Tongass, moon over Hokkaido
– and 95 others

Make us stronger in love.

Years of Experience Taking a Dog to Obedience School

You expect to get better at training the basic
sit, stay, come, wait because your beloved dog
goes to classes where teachers have clickers
and tricks they call guaranteed techniques.
After an hour or so even your dog will lie down
with a tongue hanging out and oogle the other
spaniels and poodles. Someone else’s dog
will be jumpier, more unlikely to follow
any command that leads to settling than the one
on your leash. You can walk out the door
smug and excuse yours for whatever
went wrong because he or she is older or younger
or a breed created to chase and bay rats and badgers,
not flush birds to wing, or stop intruders
with a growl and a glower. You’ll be so happy
to see the dog’s exuberance at getting back
in the car and going home, you’ll promise
to practice all week. You will forget
that the creature on your leash
only lives a fraction of your life
and then you will have to start
all over again.

Time passes. Summer breezes stir the new leaves. What is most beautiful to me is whatever soothes what this winter tossed in the way of anxiety and stress. Our national and international situation continues to be filled with events that foster fear and anger. What I see as beautiful is the gifts of this season. Today’s ripe Oregon strawberries, the smell of one of my pink rosebushes and then the mock orange that bloomed for the first time this year. The promise in my garden of ripe tomatoes and pea pods in the weeks ahead. The chance to be in that garden without the sounds of news. My ongoing conversations with a Western Red Cedar, my family, and a community of people seeking loving kindness. 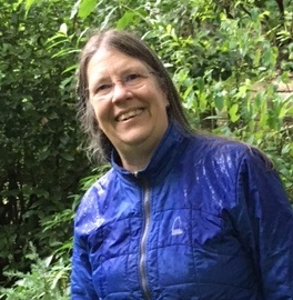 Tricia Knoll is an Oregon poet whose work learns toward eco-poetry and social justice issues. Her collected poems are Ocean’s Laughter (Aldrich Press), Urban Wild (Finishing Line Press) and in summer of 2017, Broadfork Farm (The Poetry Box). More at:  triciaknoll.com.