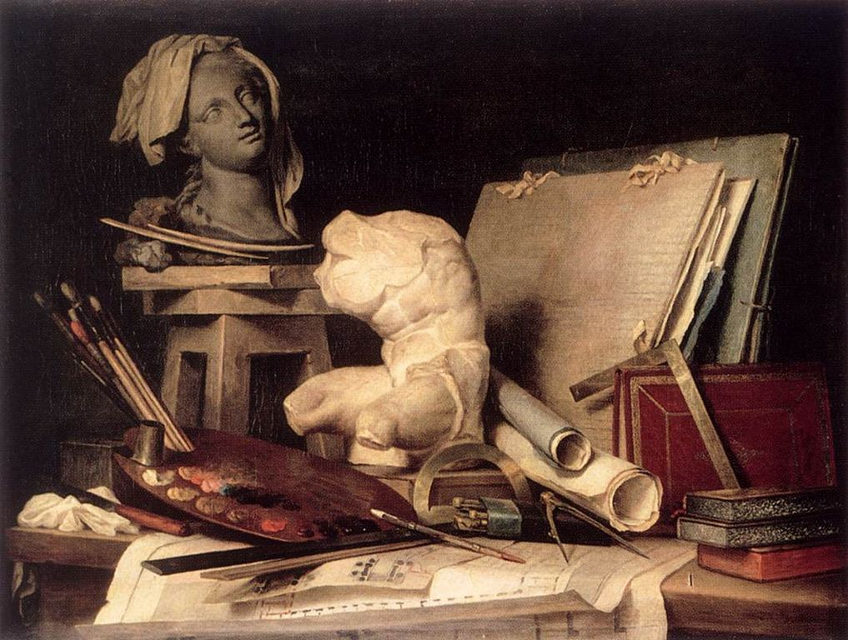 “You don’t have those lines quite right,” the teacher said.

She was right. My sculpture was sleek and slender. The model was fat. Her face was exquisite, though, except for that brief instant when she took off her robe—at that moment her face was silly, distorted in an apologetic grin. Then afterwards her face was beautiful again. I thought I could see worlds in her eyes, spinning in sunlit anonymity. But we weren’t allowed to do faces yet, only the body; and I had begun to love my sculpture, slender and all wrong, reddish brown clay hugging its armature, just as the model herself was pensively hugging her knees for $8.00 an hour, which was way over minimum wage in those days, but not exactly enormous wealth.

Suddenly I disliked my teacher. I studied her own sculptures—many of them were on display—with clean critical eyes. Her St. Francis with three birds on his left arm was stumpy and looked neither particularly serene nor benign. Her Romeo and Juliet stood awkward and furtive on their balcony suggested by three bars of railing. The teacher’s own face was covered with the spider webs of age, and the lines hugging her mouth looked bitter with failure. Here she was teaching adult rank beginners at her home studio on Raven Street, rather than being feted in New York or Chicago.

Meanwhile I was incomprehensibly hurt. I wasn’t here to learn to be a sculptor anyway, I had to remind myself. I wanted to write about a sculptor, not become one. I merely needed to learn the rudiments of some foreign craft.

I amended my clay to my teacher’s satisfaction, fattening the lines. I wasn’t half bad at following directions. But I never liked my sculpture again. I’ve often thought I should have just dropped out of class with my sculpture while I was still in love with it. But I didn’t. I was so afraid I would miss something if I didn’t follow my teacher’s directions.

I did grow to like the teacher again a little for taking us on a field trip to a lost wax foundry in Albuquerque and we happened to get there just as hot metal was poured. I was spellbound. I did not, however, take my own sculpture to be made into a bronze. Of course not, as I never liked it again. Nor did I ever venture to make another. The clay, armature, and two small carving tools all ended up on a giveaway table in the Laundromat one year after spring cleaning.

The years rolled by, day after day, towards sunrise. I hardly noticed, though I witnessed a thousand ways of the world. Photographers worried more about exposure and light than the dreams of their subjects. True, one could argue some of their subjects, shipyard chain links and church steeples, never dreamed in the first place. All that mattered were textbook textures and robust geometry and the docile homage to reality. Reality itself of course was always slanted with the quest for respect and applause. An ever-critical intellect was highly valued, as was the classical and sometimes crass release of cynicism.

Meanwhile my soul was brimful of rejected unicorn and princesses, puffy-eyed with weeping, some dragging behind them soggy robes through bogs of moldy innocence. And so I limped along with fuzzy longing and sometimes I got drunk with disappointment.

But then once upon a time I limped into a respectable museum in a gray polluted city by the sea. There were the usual pamphlets and upturned noses of discernment, when suddenly I saw a painting of an artist painting the portrait of a woman. The model in the painting was stern. Her mouth was tight with bored entitlement. Two children on either side of her looked stiff and brave. Meanwhile the woman on the easel in the painting inside the painting was lovely with soft features, and the children were leaning towards her. That day I fell in love with life again.

I went to see the painting three more times, each time staying as long as reality permitted. Then I had to leave the city to come home. Now I knew the way.

Iris Murdoch wrote: “People from another planet without flowers would think we must be mad with joy the whole time to have such things about us.”

And here we are with our flowers, but also with our politics and our injustices, our greed and our disappointments. It is often a difficult tightrope to walk. Where to look? Where to focus and still remain upright? Added to that is often the insinuation that the pursuit of beauty is frivolous while of course competition and mutual exploitation are worthy pursuits.

We are a long way from sanity all in all. Still, many of us secretly or openly know that to acknowledge our love for beauty and to praise its presence is the best way to pray our gratitude for this gorgeous chance of wandering about in a conscious manifestation. 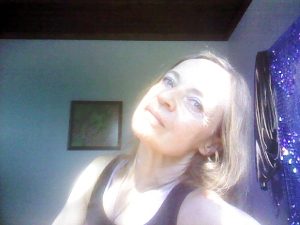