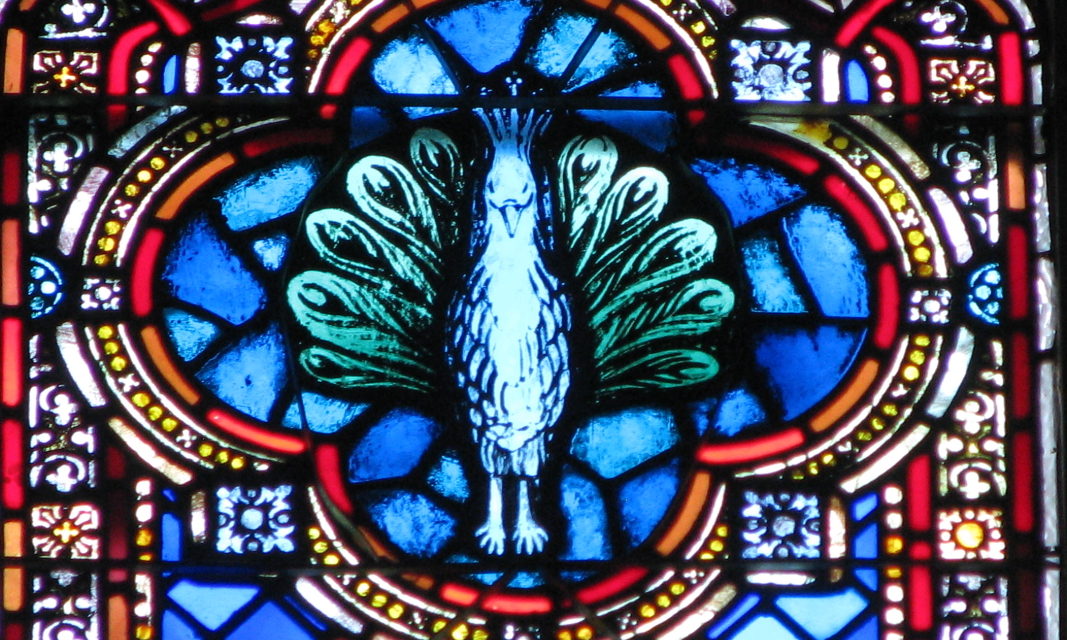 My childhood nemesis: Roberta Sherard. She flaunted perfection from the house next door to mine, twirling polished pirouettes, a blonde ponytail floating in slow motion behind her. I tried to keep up, spinning and stumbling, bedecked with scabbed knobby knees, red hair doomed to frizz by a Tony home permanent gone awry. Roberta spoke softly, poise oozing out her pores, a finishing school graduate. I reeked of awkward, spewed hillbilly slang like Warshington, gonna, and I-dunno, and I carried the mantra, “Debbie, settle down.”

Roberta’s father wore a suit and tie, called her princess, bored my family with tales of her delightfulness. My dad yelled, wore Big Mac striped overalls, told me to pipe down.

“No man is gonna marry a girl with big feet,” he’d say, pointing a greasy truck driver finger at my bare feet.

I coveted Roberta’s family, but I loved mine.

The McFarland’s were not without charm. Summers we’d put on neighborhood shows, an amazing feat, performed completely without the benefit of talent. No musicians, singers, dancers or actors, just raw desire to be the center of attention, and the guts to charge for it… a silver quarter per show.

Saturdays we ’d canvas the block passing out hand written invitations for Sunday afternoon’s back yard performance. A typical show featured my lip sync to Ricky Nelson’s Traveling Man, sister Nancy’s loud version of Peter, Paul and Mary’s “Kumbaya,” accompanied by imaginary guitar strumming, and our star, little Danny, singing most all the words of “Sukiyaki,” a Japanese pop song from the 1960s. We served popcorn and lemonade for a nickel, and gave away taffy, because we didn’t like it very much.

By midsummer our crowds always dwindled, leaving sticky face Johnny and his whining sister, Margaret, alone on the grandstand of grass. Unwilling to fold up the makeshift floral sheet curtain, we spawned an idea for an act, no child of the 1960s could resist.

Our risqué, bare bottomed star, a genuine United States Navy tattoo located on Dad’s forearm… and she could dance. Quarters jingled, filling the jar. We had it made. That is, until a power wielding censorship group of one cancelled the dance, insisting Dad roll his sleeve back down. Mom never did have a sense for business.

One day, Roberta’s family packed their perfect possessions, and moved to a wonderland of princess worthy neighbors. Around this time, Dad’s toothless gums and the tattoo turned from an attraction to an embarrassment. I grew to hate his stories, and loathe my one time heroine, the dancing naked lady. To my friends, NOT asking, he’d share the demise of his toothless grin.

“I left my teeth at a café on highway 99, stuck in a tuna sandwich.”

Thanks for sharing Dad.

When I looked at my dad, I saw nothing… except who he was not. The dad I loved for his loud voice, silly jokes and Popeye grin, disappeared. I forgot the man who provided for his family, fudged paperwork miles, enabling longer shifts. The good forgotten, leaving only the bad to define; a man who hurt the ones he loved with neglect and fists.

Over time, the naked lady tattoo shriveled and sagged. Her one time peppy, flirty dance was, at best, a sluggish sway. Our relationship deteriorated, along with the tattoo. Bitter years of unforgiveness proved too much to carry, spilling over, slopping onto my other relationships; husband, children, friends, co-workers, even strangers.

Alas, God moves ever forward, albeit seemingly behind the scenes, but oh so powerful! In His perfect timing, knowing the moment my heart reached ideal compliance, help came knocking in the form of a class called Surrendered Hearts. There I struggled alongside three other women, clinging to ancient justifications for stacks of resentments. I listened… they listened… to tales of rage… to pent up screams. We cried.

Shortly after the class completion, my mother died. That meant spending time with Dad. I wanted to be a good daughter, a comfort for my dad. My willingness to forgive bought some patience, but not enough. Daily, I spent hours on the phone, listening to him complain. Nightly, I begged God to help me forgive him. Each day a clean slate, ending, soiled with new found rage for his latest rant attempting to justify wrongs done to my mom and siblings. If he’d just keep his mouth shut, maybe I could actually forgive him.

I don’t know how or when God removed the stain from my heart. I didn’t notice it getting lighter or less. One day, on the phone with him, I realized I cared. I felt love for the man he was, right then and there. The dad, the man with skin. While he talked on about what a good guy he was, God flipped the forgiveness switch in my heart. At least, that’s the best explanation I have.

More years passed, at least once a year he nearly died, springing back each time leaving the doctors shaking their heads in wonder. Driving his scooter, oxygen tank at his side, dad pressed on, losing the family home to gambling, nearly blowing his face off smoking Chesterfields while hooked to the oxygen tank, and getting slugged by a miscellaneous woman he somehow offended. Same old dad, but something was different.

That would be me.

Forgiveness benefited me. I was free to love and care for Dad, AS IS. Did I condone his actions? No. Did he sometimes make me crazy? You bet. But I loved… I love… I love my dad.

At some point, he quit justifying wrongs and attempted to right what he could. He died, with the faithful naked lady tattoo, loved. He left this world broken, forgiving and forgiven. He left, a dad, I’m proud to say is mine.

Beauty is our heart revealed under the veil of skin. It’s when we see something, or someone as God must. It’s when you see through, deep into, beyond flaws and frailty. That moment when you ask, “God… how did you think this up?”  Colors like magenta and jade. Creatures like Zebras, Hippos or Pink Flamingos. Or conch shells, toes, weeping willow trees and the planet Venus. Someday I hope to learn God’s creative process.

It’s a surprise sense using sight, sound, taste, smell and touch as a vehicle. It’s in that song that stirs, grinds, wakes your spirit. It rides in on the giggles of grandchildren promising all is well no matter what is not. It travels in acts of kindness, especially those with no reward. It floats in on a whiff, like the scent of a rose, a newborn’s breath or a sea breeze. The taste of sweet. The punch of sour.

I see it when your face softens and you whisper sweet words. When you think you’re alone with God and you lift your hands in awe, I see it. When your hand touches with love, beauty shines.

We are surrounded by wonder. When it stops me in my tracks, it earns the label of beauty. 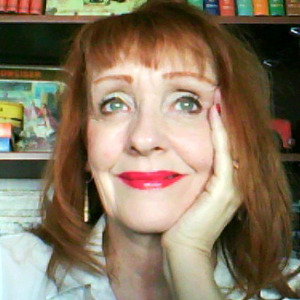 Deb Palmer is the author of two upcoming books – In Spite of Us – Stalked by a Loving God, and Walking the Dog with Jesus. She resides in Yakima where she owns and manages an antiques business. Recent published works can be viewed in The Birds of Passage Anthology, and Mused, the Bella Online Literary Review. More at: debpalmerauthor.com.