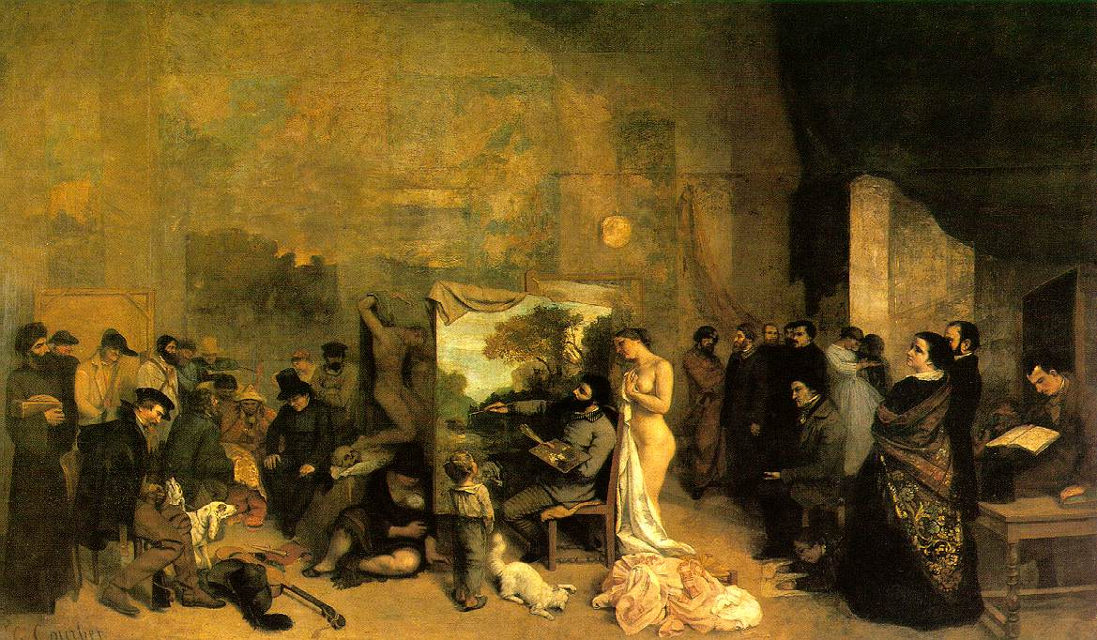 Antonio stares at the whiteness.  Another canvas empty.  Another attempt.  He wanders the antique corridors, looking for her in his mind.  A swirl of that vermillion dress; the tip-tap of those dancing shoes.  Her luscious wine stained lips with a pink mole on the upper labium, and those dark, misty eyes beneath bushy arched eyebrows; sometimes, weepy with desire.

Antonio is a passionate painter; he is 86.  He makes a Fontana gash on his white canvas.  The gash liberates him; the slit opens up a new kind of creativity.  He flings his brush and sprays of ruby hues splatters against white linen.  The curled edges along the slit wraps the unctuous oils slipping downwards.  The paint drips slowly down to the easel, to the floor and on to his feet.  He picks up the canvas and throws it across the room.  It lands near a graveyard of similar carcasses marred with slits and red paint.

Antonio has always painted faces.  Famous people come to him; they all want their faces done by the hand of Maestro Antonio.  He squints to recall Bridget Beaumont, the kitten of French cinema; Stefania Lorenzo, those beguiling eyes, too bad she rejected his offers of love; Steven Sontag from the United States, flew in on his private jet for a sitting, grumbled at having to sit facing the wall at the edge of his painter’s chair; a full frontal would not do that aquiline nose justice; Kwame Agbe, the President in exile of a small African Republic, how do you paint a dictator with compassion?

Antonio paints politicians’ mistresses: “capture that ethereal beauty, Maestro.”, “put that exquisite face on canvas, Maestro.”, “make her forever virginal Maestro.”  He paints them all: Madonnas floating on clouds, Virgins gazing desirously out of the frame, nymphs in transparent tunics, enticing him, luring him into their snares; they’re untouchable, bodies purchased by the powerful.  He paints the details of their eyelashes curled with thick mascara; he paints their luscious lips parted to excite him; he paints their silky skins, peeping from behind translucent drapes.

Antonio depicts honourable women begging for the last dregs of their youth to be immortalised.  He paints them with compassion, beauty is only skin deep, he understands.  He paints them with love, after all, these are women who have lost trying and loving, unreciprocated.  He paints them with friendship, they tell him about irreconcilable differences and sob on his paint flecked torso.  Sometimes, he drips paint on their sweaty bodies and they both collide in a psychedelic mixing of desire, pain and ecstasy.  All this, he paints.

Antonio wants to paint one face before his sojourn ends.  Just one face, the face of ethereal beauty, the profile of everlasting youth, the visage of heavenly sirens.  He can only manage a gash on his white canvas; Antonio is 86 and the face he wants to paint is cloudy in the blended soup of his life.  All he sees and remembers of this face is Courbet’s L’origine du monde.

Beauty is challenging to define; it is fleeting, here now gone in a second. To capture beauty is to restrain its infinity, its abundance and its multiplicity. My story is about the transience of beauty as manifested by Antonio’s successive failure at capturing his lover’s face. What we have left of beautiful things is their essence and our memories of their existence but even that eludes most of us sometimes.

My daughter used to say “let’s take a picture with our hearts, mummy”. To me that is beauty in a nutshell. 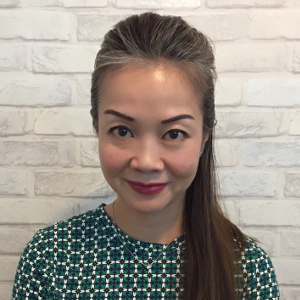 Eva Wong Nava writes. She jots down anything she finds amazing. She is fascinated by the emotions that art evoke and the ways people interact with visual art. Find her stories on Jellyfish Review and The Flash Fiction Magazine. Her art journeys are jotted on Artitute.com and The Blue Lotus Magazine. More at: carpearte.wordpress.com.