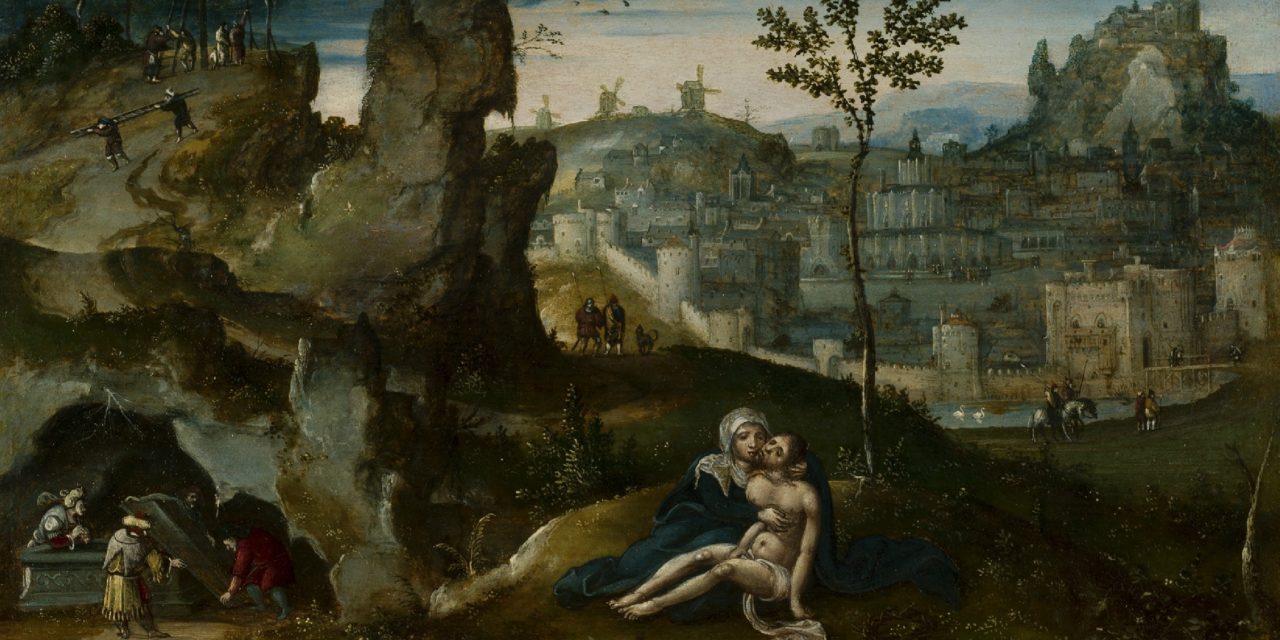 I wander the woods choosing trees to pray for
when the loggers come with saws and axes
looking for firewood. The trees won’t be
five-hundred-year old hemlocks that grow
on the Cumberland Plateau, nor magnolia

nor the oaks with their whispering canopies.
Ancient trees with their bark thick as slabs
of granite, more trouble than the loggers want,
are safe as are the feathery volunteer mimosa,
crimson sumac, willows. The tulip poplar

with a trunk that two men can clasp with joined hands
are the size they want.  A poplar tree that keeps
two houses warm for more than one winter
takes an afternoon to fell, another day to chop
into logs small enough to carry home in a pick-up truck.

I can’t hide the trees chosen for destruction.
I don’t know what to want for this world
where a man with an axe in his hand
can throw himself at a tree hard enough
to bring it down in a single morning.

I’m just a girl. I’ve understood I can’t help
but love the world and whatever made it.
If it were up to me, my prayers would keep
the poplars from falling. Daddy calls that
treason, tells me to stand out of the way.

tremble in my hands. The rings of Saturn.
flash, blinding as the news reel at the Saturday matinee,

a close-up of famished faces in the snow.
I hang the solar system over my bed at night.

Hung low, it brushes my face like a woman’s touch,
fingers combing through my hair in the chill

waiting room before I boarded the train
from Berlin to the ferry in Hamburg,

When the trail’s slippery, hidden
beneath a collage of wet poplar leaves,

and the lake water gleams through
the tree trunks below Norris dam,

the clapboard houses ripple, home
to blue gill, sun fish. When I look at this

lost town below the dam, I think
of the boys who shot squirrels with bb guns

in Oak Ridge during the war,
making sure they could solve a problem

a dance when I wasn’t too nervous. Sometimes
I ask to make dinner for the same reason,

to learn what to do next.
I don’t know how to make a decision that doesn’t

have hunger at the bottom of it:
meatloaf, squash, new potatoes, milk, and bread.

I like to sit below the dam where fishermen cast
into the Clinch river, with graceful looping motions

that mimic the electric wires strung high on the mountain
down to the power station with its constant low hum.

Often a family of deer will pass through and search my eyes
for the reason, maybe sorrow or mercy, that stills my empty hands.

or broke up the boys’ squabbling on the ball field.
Briefly caught in a stable nucleus,

I wobbled between ringing school bells
and home. My father came back early

from the factory, his face ash grey and lay
like the first fallen leaf stripped of green

on the brown sofa while my mother brought
him coffee and they whispered.

You do what you have to do. The same words
he used the one time he gave me a whipping

to ruin my dress in the dirt crawl space
under the porch. I understand

my dad does what he has to do,
the same way the Atlantic has to slap

the Carolina coast; the Smokey Mountains
reach into the Tennessee Valley;

the Cumberland Plateau shushes Oak Ridge;
our prayers for peace at the victory celebration

The preacher can scream
all he wants, but if

from hollering about love.
Praying won’t do any good.

I made up my mind about God
before I could lace my shoes.

I’ve prayed for a heaven of pine trees,
of woodpecker tapping locust,

since I’ve been old enough to look out the window
at moonlight on the neighbor’s roof.

Even at four, I believed
in what I could see, prayed

to wind in the trees, howling
closer than God, more convincing

from the trees, laid at my feet
hickory nuts, acorns, oak leaves,

like blood from a ripped artery.
The voluminous canopy of maple

disintegrated into earth. No ghost
saved me. From the ditch, a leaf

of red sumac flew, a cardinal’s
wings risen from the valley’s lap.

Beauty is a journey from the unreal to the real. My daughter, born in the 19th arrondissement of Paris, at the Hopitâl Robert Debre, was premature. At 28 weeks, she weighed less than 3 pounds. In between the hours of sitting near the incubator where she slept the first three months of her life, I passed most of those postpartum winter months looking for an apartment. Even in Paris, it’s not pretty wondering where you’re going to live with a fragile new baby. Every miniscule 6th floor walk-up I visited seemed a paradise. Beauty was a roof, a radiator, electricity. Beauty was what I could afford that would keep my daughter and me safe. Finally, I was shown a single blue-walled room. At the lease signing—learning I had a baby— the realtor snatched the contract from under my pen, and that beautiful apartment vanished. It had been a mirage.

I eventually found a place for my daughter and me in Paris. It too was a sort of beautiful mirage in the 20th arrondissement overlooking the Parc de Belleville.  For years after I returned to Tennessee from Paris, I sought a beauty that was trustworthy, which is to say a beauty I could afford. It is easy to be led astray, and I was determined to keep my daughter safe.

Beauty was where we lived:  first a little house in the Smoky Mountains foothills, then a townhouse near Chattanooga from which I drove across the Hiwassee Bridge to a high school. The autumn leaves flamed into the air and burned into the green water. I had a full-time job. Beauty smelled of tannin and it looked like the Hiwassee River and it sounded like Lucinda Williams singing “Car Wheels on a Gravel Road.”  Beauty is a real place I can touch in this world. 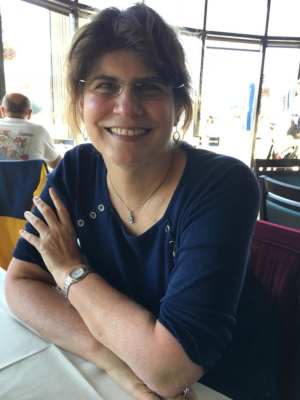 Katherine Smith’s poetry publications include appearances in Poetry, Cincinnati Review, Missouri Review, Ploughshares, Southern Review, and many other journals. Her short fiction has appeared in Fiction International and Gargoyle. My first book Argument by Design (Washington Writers’ Publishing House) appeared in 2003. Her second book of poems Woman Alone on the Mountain (Iris Press), appeared in 2014. She works at Montgomery College in Maryland.